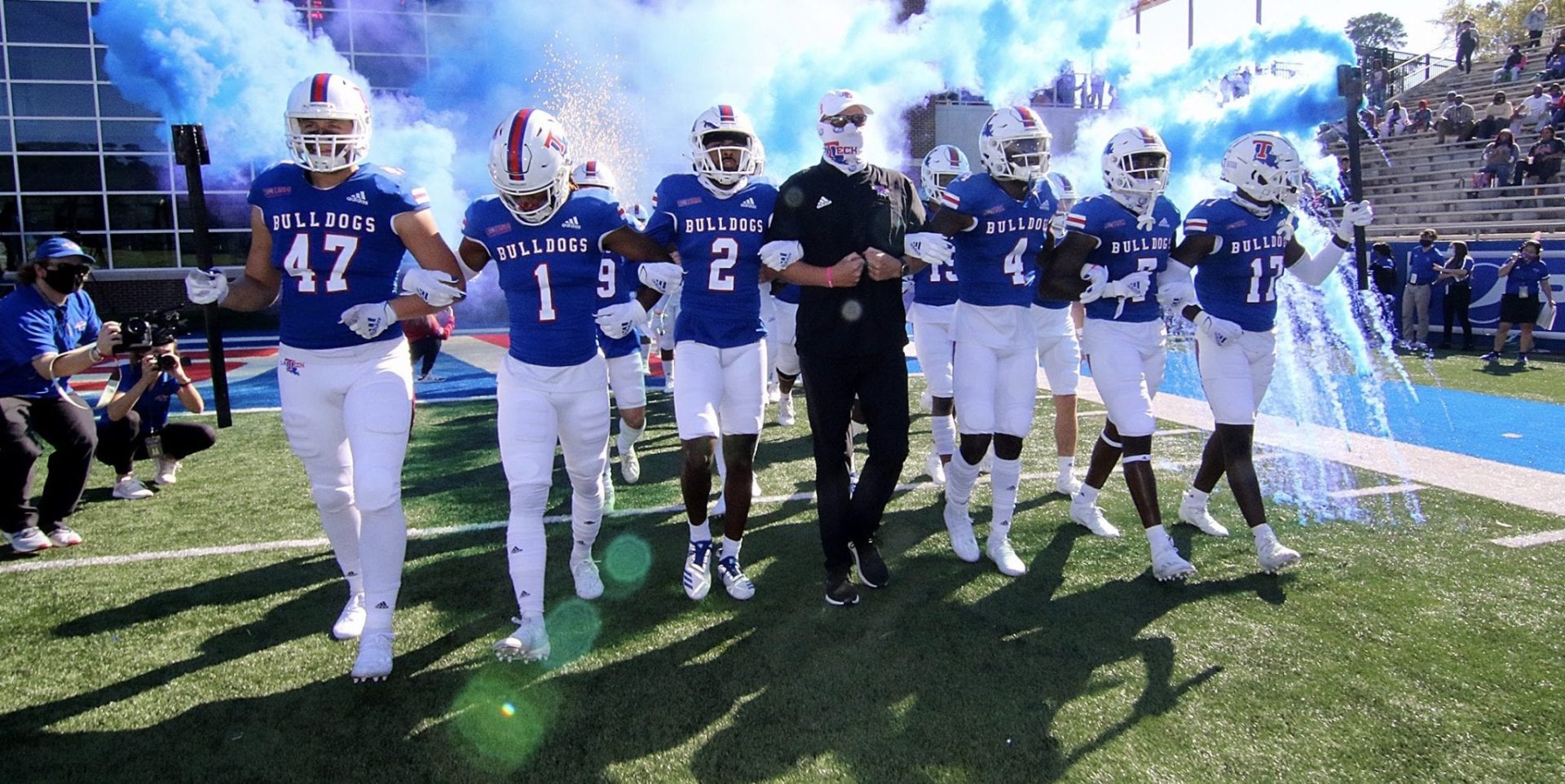 RUSTON – Louisiana Tech’s Conference USA game set for this Saturday at North Texas has been postponed due to Covid19 cases and contact tracing within the Mean Green program.

The Bulldogs and the Mean Green were set to kickoff Saturday night at Apogee Stadium in a game that was set to be televised on CBS Sports Network. Conference USA and school officials are working to reschedule the game the week of December 5.

“Although we are disappointed we won’t get to play this Saturday, we support the decision that has been made for the welfare of everyone involved,” said Louisiana Tech VP and Director of Athletics Eric Wood. “We understand the current situation at North Texas as we were in their exact same position back in early September prior to our opener against Baylor. This will provide our student-athletes an open weekend to recover from seven straight weeks of football, and we look forward to playing in Denton in early December.”

Louisiana Tech will now have a bye weekend before returning to the field on Nov. 14 at home against the Rice Owls.