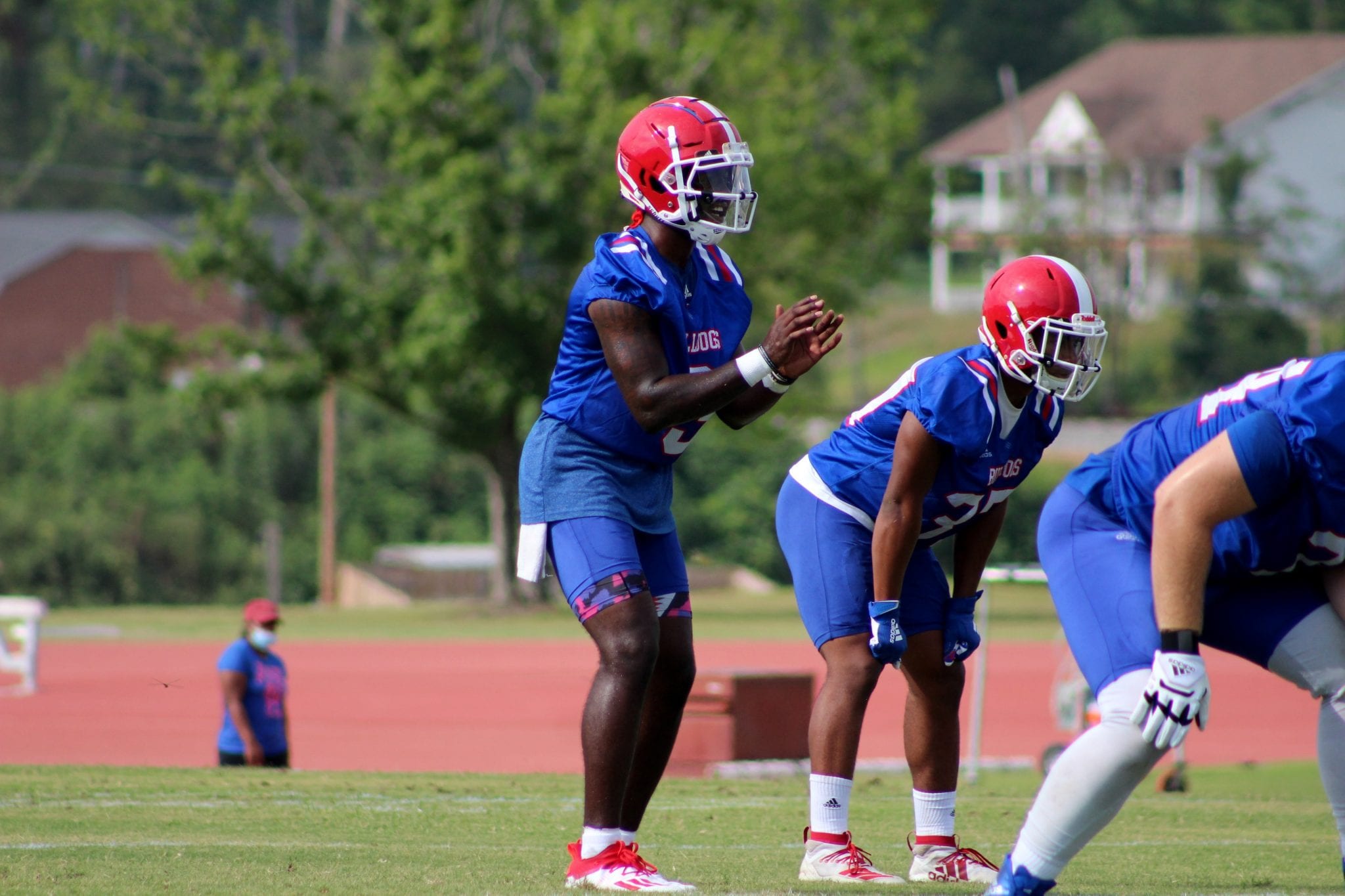 RUSTON – On day eight of fall camp practices, the battle at the quarterback position for Louisiana Tech continues to be fierce as redshirt sophomore Aaron Allen, graduate student Luke Anthony and redshirt senior Westin Elliott compete for the starting spot.

“Right now, I don’t know if you could go wrong with any one of the three, but that’s why I’m so excited to watch the next eight days,” head coach Skip Holtz said. “It’s going to be resolved out there with their performance and the play and the decisions they make under fire.”

The quarterbacks have continually pushed each other to get better every day.

“It’s truly a quarterback competition with three great young men pushing each other,” Holtz said. “There’s not any division on the team. They’re working hard every day. They’re complimenting each other. It’s really a healthy competition right now, and that’s one of the things I’ve enjoyed about watching it.”

Allen made six appearances for the Bulldogs in the 2019 season, including two starts, where he competed 43 passes for 446 yards with three touchdowns.

“He’s grown tremendously, mentally,” Elliott said. “You have to give credit where it’s due, and he’s done that.”

“He’s got great drive for a young kid,” Anthony said. “Based on the film I’ve seen from last year, he’s made some really good strides.”

Anthony joins the Bulldogs as a graduate student after spending the previous four seasons at Abilene Christian. Anthony appeared in 11 of 12 games for the Wildcats during the 2019 season where he threw for 2,525 yards and 17 touchdowns.

Elliott said Anthony has all of the fundamentals and techniques in his game.

“The way he’s come in and picked up the offense has been really impressive,” Elliott said.

“He has a really big arm, too, and he can escape out the pocket,” Allen said. “I like that about his game.”

Elliott has been with Louisiana Tech since the 2017 season and has appeared in 11 games in his Bulldog career. During the 2019 season, Elliott appeared in six games where he completed four passes for 67 yards.

Anthony said Elliott has been a great leader in the quarterback room.

“Westin has a really good understanding of what we do offensively,” Anthony said. “He has good timing and good touch.”

Allen said Elliott has a good relationship with the rest of the players on the team.

“He does a good job of bringing people together,” Allen said.

Elliott said he wants to compete, but he also wants to help his teammates.

“One of my things is helping these guys and treating them with the upmost respect coming in,” Elliott said. “We have three guys that can give this team an opportunity to win.”

Holtz said this season’s quarterback competition is just as competitive of any in his time at Louisiana Tech.

“They’re outstanding young men, and it makes the competition and the opportunity to coach them a lot of fun,” head coach Skip Holtz said. “They have such great respect for each other, the game and the program.”

Season tickets are on sale through the Tech Ticket Office by calling (318) 257-3631. The University has announced a ticket assurance plan for football season ticket holders in preparation for the 2020 season at Joe Aillet Stadium.

In the event that any of the home football games are canceled as a result of the public health threat of COVID-19, season ticket holders will have the following options:

At this time, LA Tech officials have not made a decision on any limited seating (i.e 50% capacity in Joe Aillet Stadium) but will look to make those determinations in the coming weeks as more information becomes available.

LA Tech will play a neutral site contest against ULM at Independence Stadium on Nov. 21 and ticket information for that contest (which is not a part of the Tech season ticket package) will be announced in the very near future.