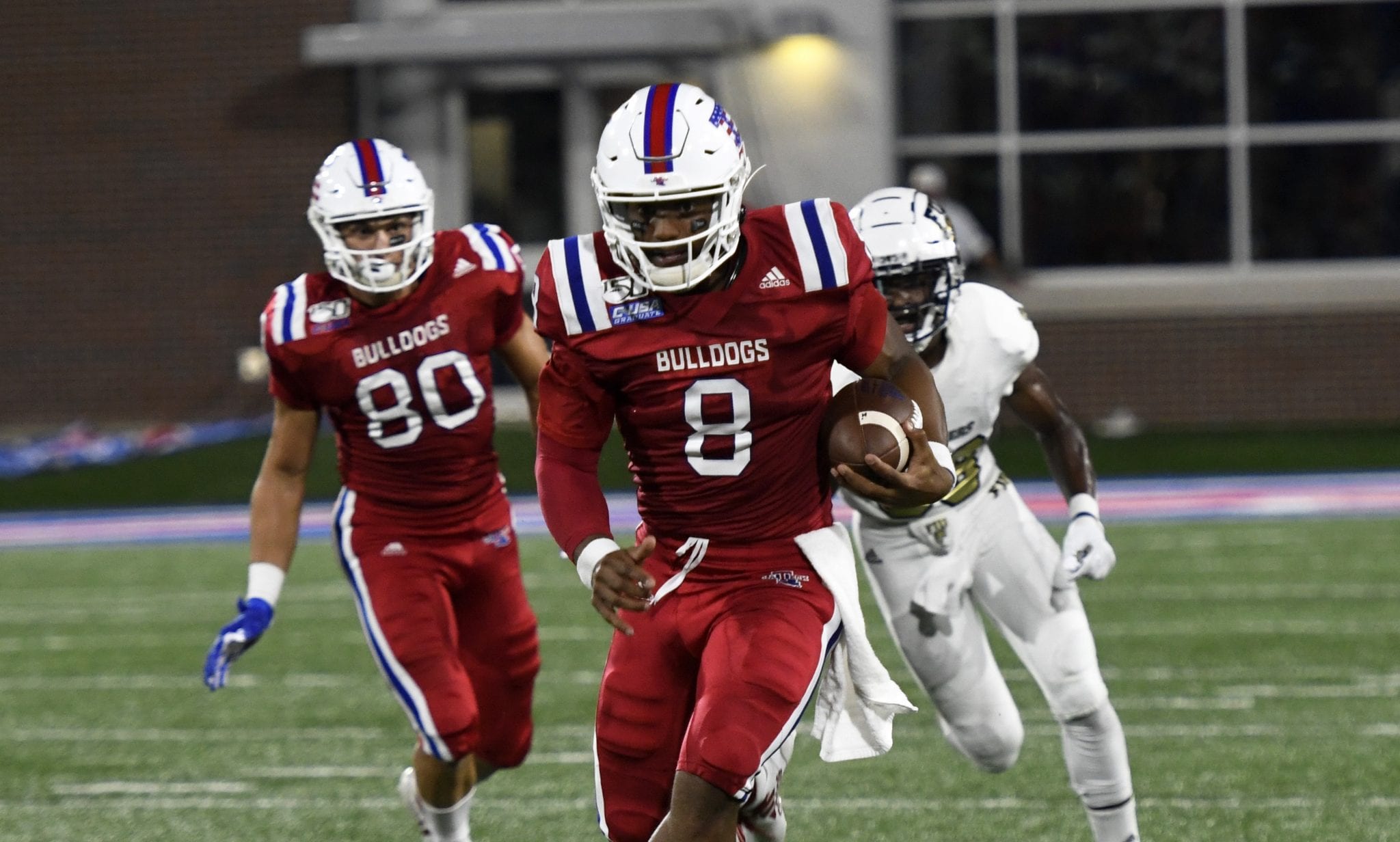 Henderson recorded his best day as a Bulldog, rushing for 141 yards and three touchdowns on 15 carries to help Tech total 275 yards on the ground. Jaqwis Dancy added 73 yards on 17 carries while quarterback J’Mar Smith rushed for 63 yards on 10 attempts.

Henderson scored on runs of 29, 6 and 6 yards as all three of his TDs gave Tech leads throughout the game. His six-yard run with 4:16 remaining in the third quarter gave Tech a 27-24 advantage, a lead it wouldn’t ever relinquish.

Morgan found Anthony Jones for a one-yard TD with 51 seconds to play in the game, cutting the Tech lead to 36-31. The score set up an onside kick that the Bulldogs needed to recover to seal the win.

On the onside kick attempt, Robertson scooped up a loose football at the FIU 30 yard line and raced untouched to the endzone for his first special teams score of his stellar career. Robertson added six tackles and three pass break ups in the win.

Smith had another solid night under center for Tech, completing 27-of-41 passes for 290 yards and one score with one interception.

Tech’s defense made a couple of huge plays during the night. The first came early in the game when FIU faced a fourth down and goal for the Bulldogs two-yard line. Jones took the handoff and dove over the pile. Instant replay confirmed that Tech linebacker James Jackson forced a fumble, knocking the ball out of Jones outstretched hand just inches shy of the goal line. Aaron Roberson recovered in the endzone for a touchback for Tech.

The second turnover of the game came with Tech leading 33-21 with less than six minutes remaining in the game when Michael Sam picked off a Morgan pass at the Tech 29-yard line and returned it to midfield, setting up Hale’s fifth field goal of the game.