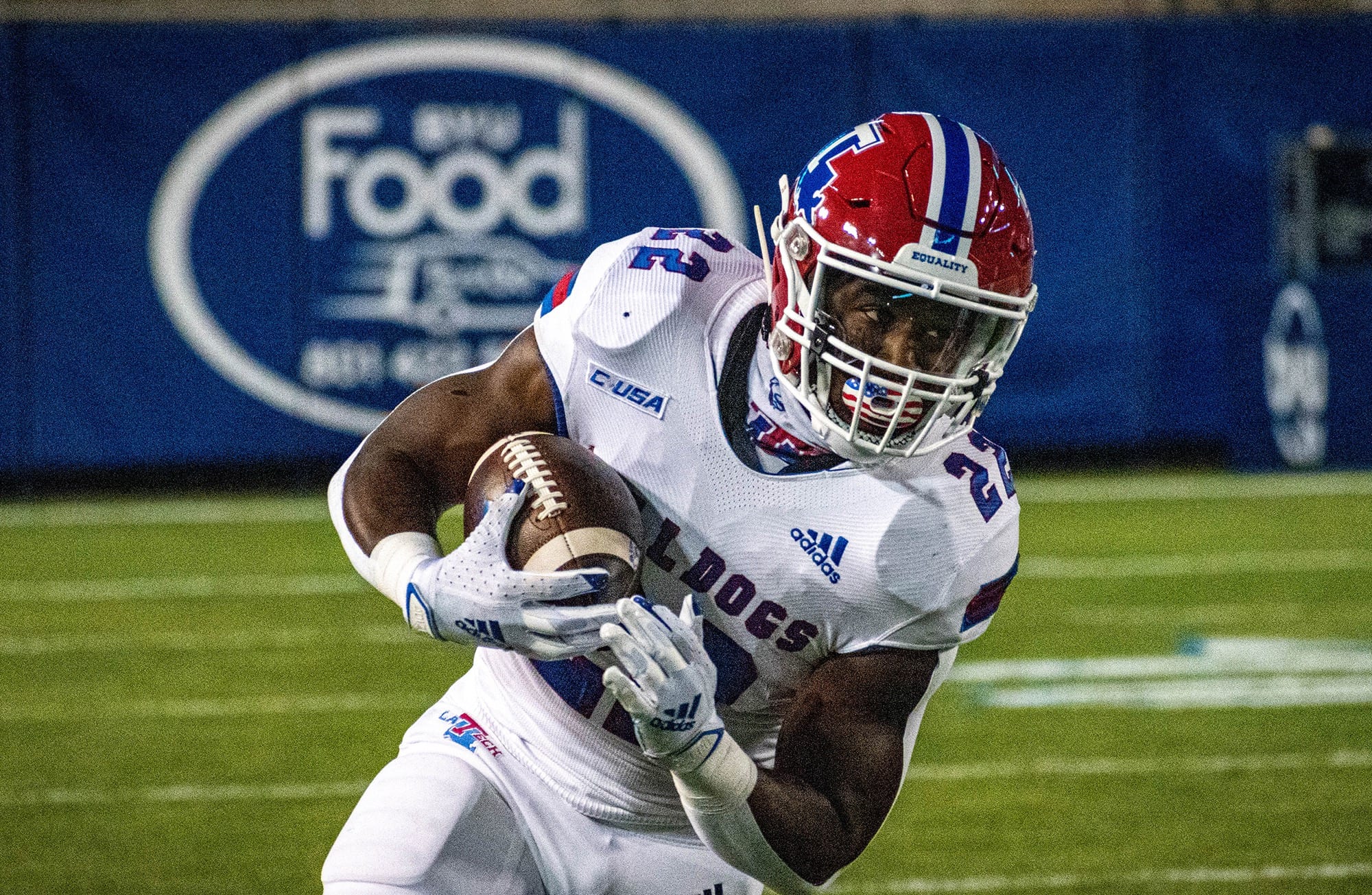 After almost a full month with no football due to cancellations and postponements, Tucker rushed a career-high 37 times for 161 yards and two scores to lead the Bulldogs to a 42-31 win over North Texas Thursday evening at Apogee Stadium.

Tucker became the first Bulldog since Lennon Creer (32 times vs. UCA, 2011) to tote the ball at least 30 times. The 37 carries are the fourth most in program history and the most since Ryan Moats’ 38 vs. Hawaii in 2004.

Although Tucker was the focus of the Tech offensive game plan, he had plenty of help from his supporting cast. Tech was perfect in the red zone, going 6-for-6 with six touchdowns including two by Smoke Harris (one rush, one reception).

The Bulldogs defense would not be outdone. It started the night with an Ezekiel Barnett interception on the first NT possession and ended the game with a fourth down stop, the third of the night for Tech. The Bulldogs also tied their season high with four sacks.

Harris got Tech on the scoreboard early, capping a 7-play, 55-yard drive that took 2:17 minutes as the Bulldogs led 7-0 with 10:25 to play in the opening quarter.

North Texas took its only lead of the night with back-to-back touchdowns, including a DeAndre Torrey 1-yard run with 4:45 to play in the first quarter. The Mean Green led 14-7.

Tech answered with a strong second quarter, outscoring the Mean Green 21-3 to take a 28-17 lead into the halftime locker room. Greg Garner tied the game on a 1-yard plunge and then Tucker gave the Bulldogs the lead with a two-yard run with 7:40 to play.

Following a NT field goal, Tech mounted a time consuming drive and scored when Luke Anthony hit Kyle Maxwell with a 5-yard TD with only 13 seconds remaining in the second quarter. Jacob Barnes’s extra point – one of six on the night – gave the Bulldogs the 11-point halftime lead.

The Bulldogs came out and increased its lead early in the third quarter on Harris’ 6-yard TD reception from Anthony. Tech led 35-17.

After NT cut the lead to 35-24, Tech mounted another strong drive capped by Tucker’s second score of the night.

Jaelon Darden caught his third TD of the night early in the fourth quarter, but that was it for the scoring as the Bulldogs defense held the Mean Green scoreless the rest of the night.

Louisiana Tech will end its regular season Dec. 12 when the Bulldogs travel to Ft. Worth to face TCU. Kickoff is set for 6 p.m. in a game that will be televised on FS1.