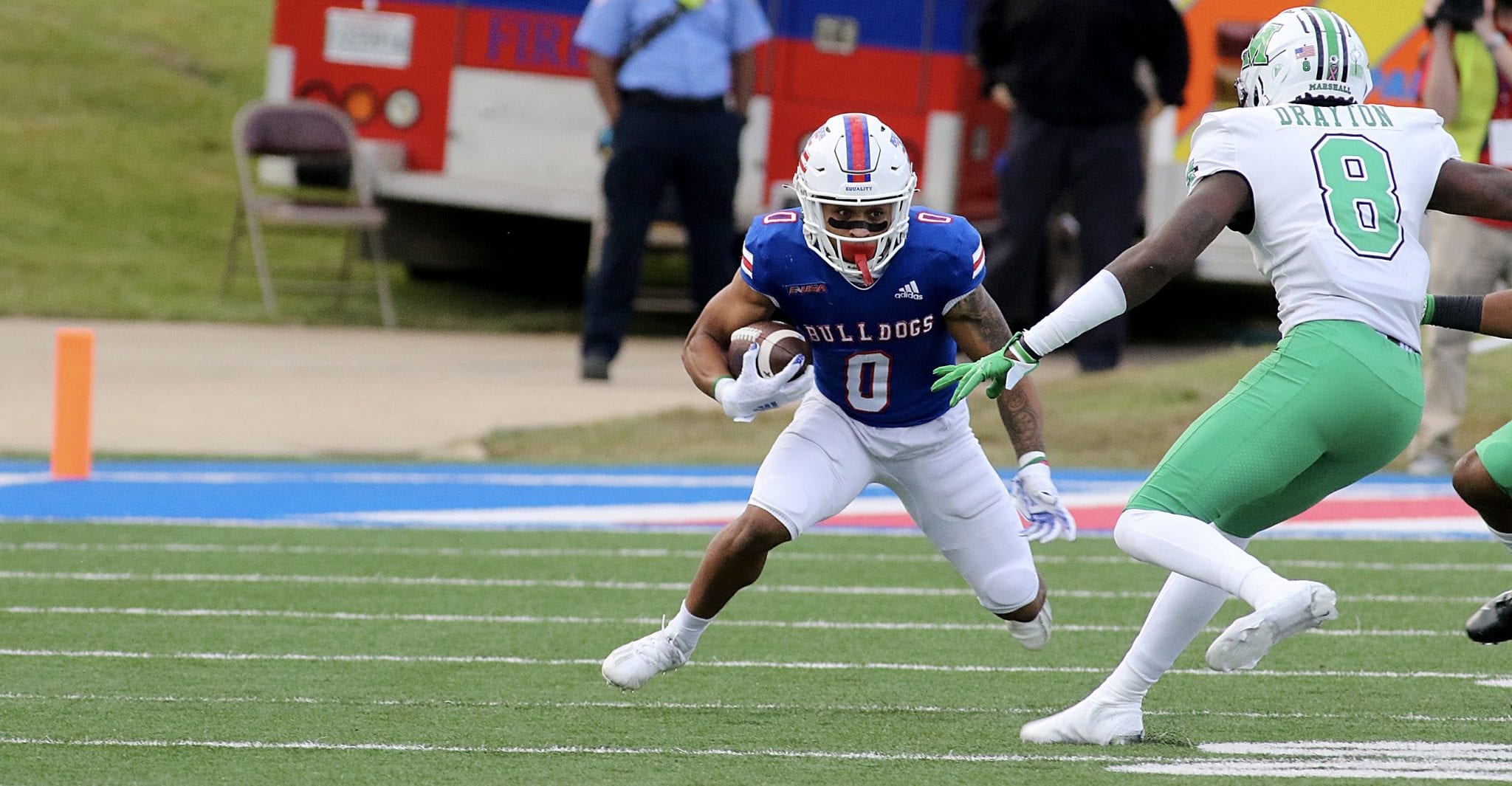 RUSTON — Louisiana Tech will have another opportunity to compete on the gridiron during the 2020 regular season as the Bulldogs and TCU announced the two programs will play on Dec. 12, at Amon G. Carter Stadium in Fort Worth.

“We are excited to play a regional opponent,” said Louisiana Tech VP and Director of Athletics Eric Wood. “Louisiana Tech has a large alumni base in the Dallas-Ft. Worth area. This is a great opportunity for our student-athletes to compete in one final regular season game.

“This has been a challenging year for everyone around college athletics, and I want to commend our coaches, student-athletes and support staff for their hard work and adaptability. I also want to thank our fans for their patience and support along the way.”

The game will be aired on FS1 with kick set for 6 p.m.

Louisiana Tech and TCU have faced off only one previous time when the Horned Frogs defeated the Bulldogs, 31-24, at the 2011 Poinsettia Bowl in San Diego, Calif.

TCU currently has a 4-4 record and has won three of its last four contests. Prior to playing LA Tech, the Horned Frogs are scheduled to face Oklahoma State on Saturday, Dec. 5, at 11 a.m.

The Bulldogs, who were unable to compete during the month of November after having four games either postponed or canceled due to COVID-19-related issues, are 4-3 on the season.

Tech defeated UAB in double overtime on Oct. 31 in its last game. Louisiana Tech will return to the field for the first time since that game when the Bulldogs take on North Texas on Thursday at 5 p.m. in Denton.

Should Conference USA mandate a home game for the Bulldogs in the same week, then that contest would supersede this matchup.