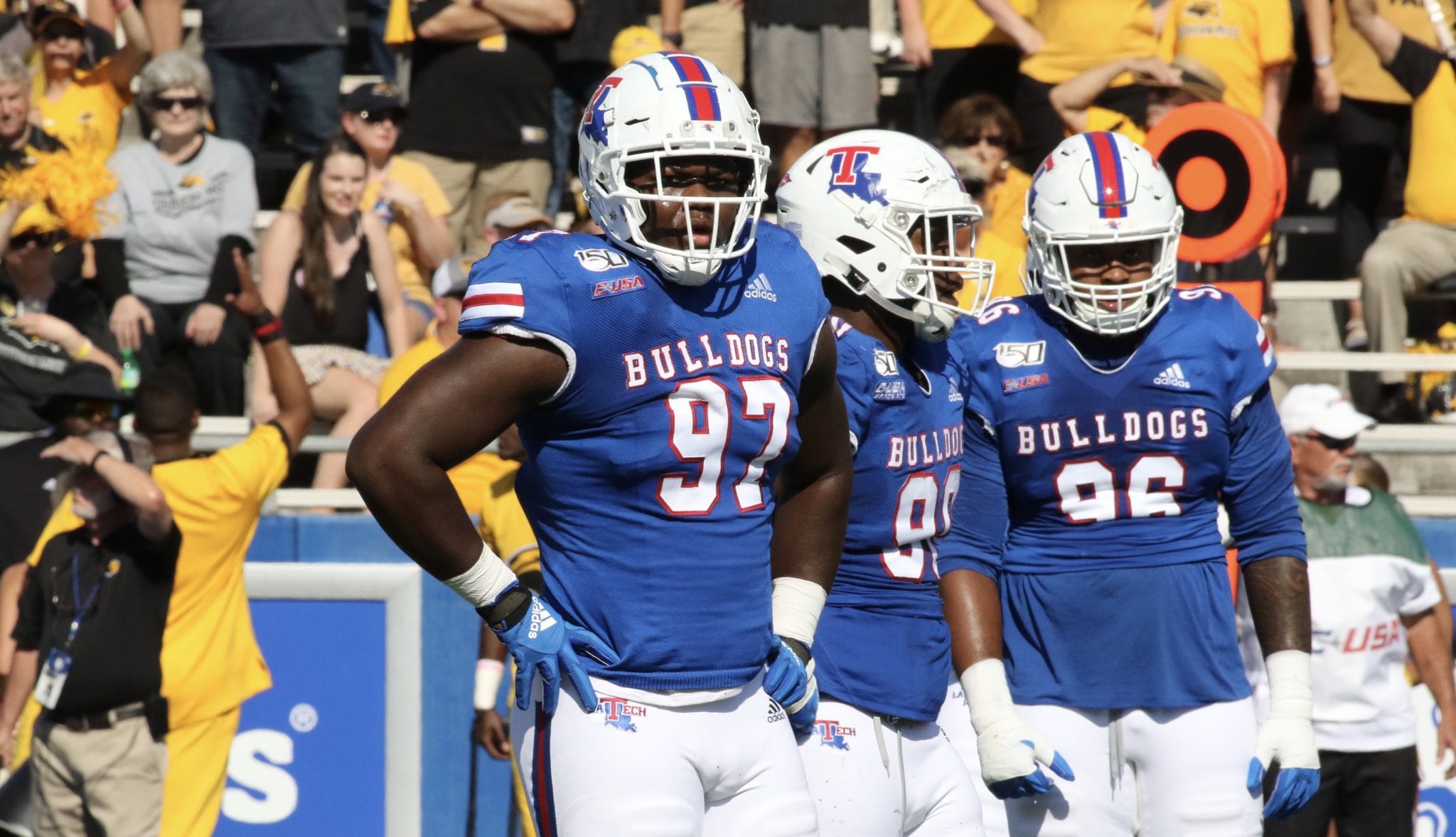 Louisiana Tech football will take the field for the first time in the 2020 season on Saturday.

“We’re excited about this week and about getting out there, getting in practice and getting to play the game,” Tech head coach Skip Holtz said. “There’s a lot of excitement with not only playing, but having the opportunity to start with a conference game, on the road for six of the last seven years, and to have it be Southern Miss. We’re just excited about having the opportunity to play in this game that has such a great history and tradition to it.”

Saturday’s matchup will be the 52nd meeting between the Bulldogs and the Golden Eagles, marking the third most-played matchup in program history.

Southern Miss leads the overall series, 35-16, and holds the 18-7 edge in games played in Hattiesburg. As conference rivals in C-USA, the teams have a combined score of 207-215 in seven meetings, with Southern Miss holding a 4-3 edge.

Saturday’s conference opener will mark the sixth time in the last seven seasons Tech has started C-USA play on the road. It will be the first time the Bulldogs have opened the season against a conference opponent since 2004 when Tech defeated Nevada, 38-21, in Ruston while in the WAC.

Holtz enters his eighth season at the helm where he has collected a 56-36 overall record. He has led the Bulldogs to six straight bowl victories, including a 14-0 win over Miami (Fla.) in the Walk On’s Independence Bowl last season.

The win was the first shutout in Independence Bowl history and the only shutout of the 2019 bowl season. Just 10 out of 130 FBS teams have won six or more consecutive bowl games, and LA Tech has the only active streak..

Tech senior running back Justin Henderson is coming off a 1,000-yard rush season after carrying the ball 188 times for 1,062 rushing yards and 15 touchdowns.  Henderson was the 13th Bulldog in program history to rush for 1,000 yards, and finished the 2019 season ranked 13th in the nation in rushing touchdowns (15) and 19th in total touchdowns (16).