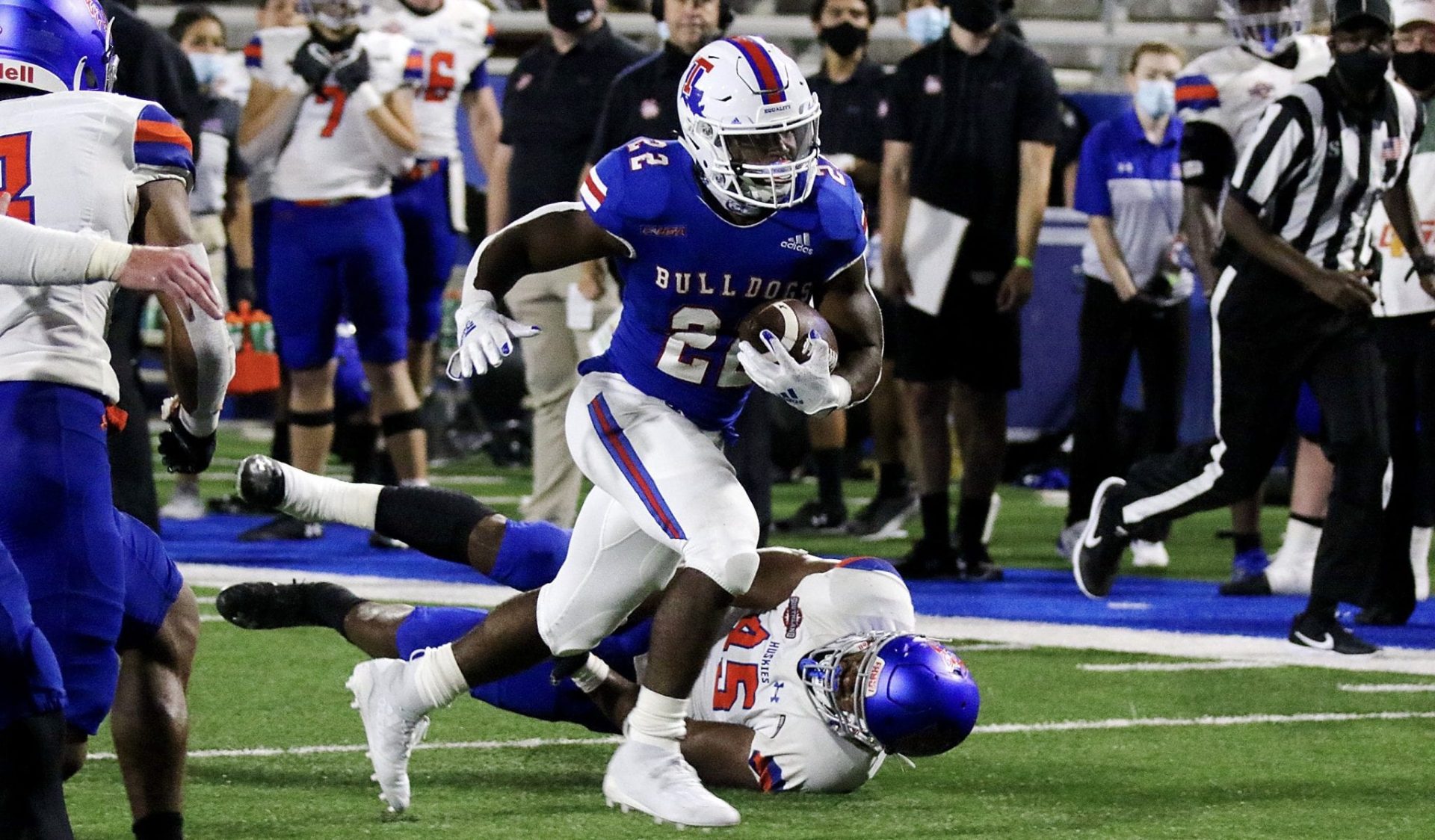 Louisiana Tech takes on BYU for the first time in program history Friday at 8 p.m. (CT) at LaVell Edwards Stadium in Provo, Utah.

The game will be broadcast on ESPN2. Because of COVID-19 restrictions, there will be no fans in the stands.

Both teams bring 2-0 records into the non-conference game. BYU is ranked No. 22 in both the AP Top 25 and Amway Coaches Poll.

Tech won its season opener at Southern Miss, 31-30, on Sept. 19. The Bulldogs then improved their home winning streak to seven with a 66-38 win over Houston Baptist on Sept. 26.

“It’s been anything but normal to get to where we are right now,” head coach Skip Holtz said. “It has certainly been a testament to this team that we’ve been able to be 2-0 at this point.

“To go out and do what we did against Southern Miss, with all the hurdles off the field that we had the two weeks prior to that game, and to find ourselves down 17 points and to go win that game. I made the comment that week we were going to learn a lot about our football team.

“I was really proud of the job the football team did on the field Saturday. There were some great individual performances. They were really focused. They were dialed in.”

BYU defeated Navy 55-3 on the road in its opener. The Cougars followed that with a 48-7 victory over Troy in Provo.

BYU head coach Kalani Sitake is in his fifth year at the helm of the program where he has a 29-25 overall record.

“This is a game you’re going to have to line up and earn it,” Holtz said. “A lot of people have said it’s one of the better BYU teams they’ve had in quite a while. I’ve certainly been impressed watching them outscore their opponents 103-10 in their first two football games.

Sitake has been impressed with what he’s seen of the Bulldogs.

“They have their identity, their culture, everything is in place,” Sitake told reporters during a Wednesday press conference. “We are looking forward to the matchup against a really experienced team. They have a lot of returners. They had a lot of success last year, won 10 games, beat Miami … in a bowl game. So we know we are getting a quality opponent coming into our house.”

He has thrown eight touchdown passes, the most in the first two games in program history.

Freshman linebacker Tyler Grubbs led the Bulldogs in tackles in each of the first two games. He has a total of 28.

BYU is averaging 622 yards per game. Zach Wilson has completed 36 of 45 passes for 624 yards and four touchdowns.

Gunner Romney has caught nine passes for 272 yards, an average of 30.2 yards per catch. Dax Milne has 10 catches for 175 yards.

Tyler Allgeier and Lopini Katoa lead the Cougars in rushing with 182 and 156 yards, respectively.