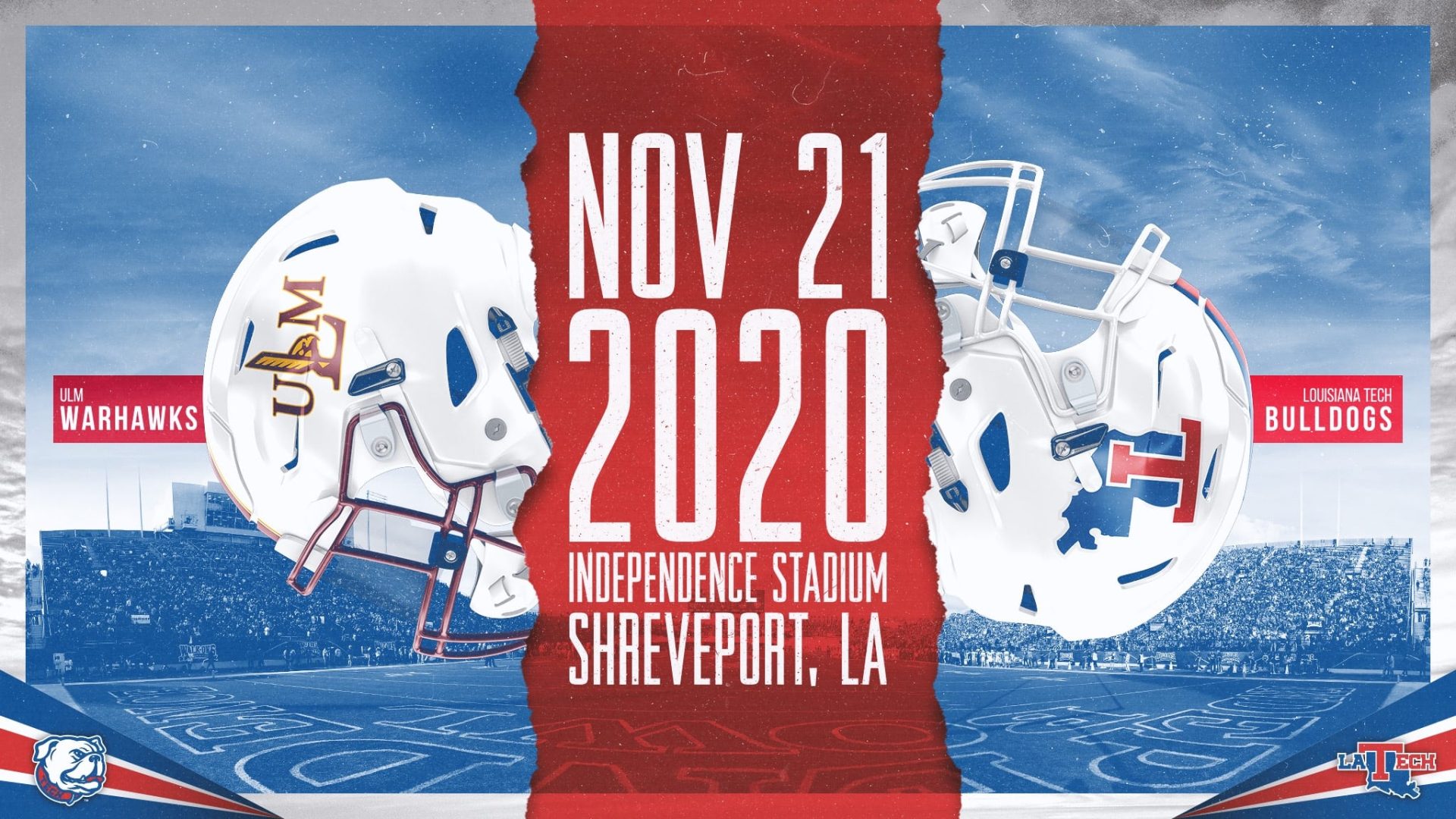 On a day where both Football Bowl Subdivision programs opened official fall workouts, the big news came off the field.

Louisiana Tech Director of Athletics Tommy McClelland announced today that the Bulldogs will play host to UL-Monroe at Independence Stadium on Saturday, Nov. 21

This is a one game contract and a game time will be released at a later date.

Both programs had openings on Nov. 21 following the SEC’s decision to go to a league-only schedule. Tech was slated to travel to Vanderbilt while ULM was scheduled to play at Arkansas, but both contests were cancelled by those SEC schools.

“When we lost our game against Vanderbilt, it obviously created a hole in our schedule,” said McClelland. “As we looked to when and where it was appropriate to add a game, we felt we needed to fill that date on the schedule. ULM was in the same situation with the same available date.

“However, in a year where there may be restrictions on stadium capacities, we felt it wasn’t fair to either program to be the home team. Therefore when I reached out to Scott McDonald and proposed the idea of playing in Shreveport, he agreed it was the best scenario. It gives us the best chance at a larger crowd even if there are seating restrictions.”

This will be the first meeting between the Bulldogs and the Warhawks on the gridiron since a 42-19 win by Tech at ULM in 2000. Louisiana Tech, winners of six straight bowl games – the longest such streak in the country – leads the all-time series against ULM 30-13, including eight straight victories.

McClelland said that LA Tech will be designated home team and C-USA owns the TV rights to the game. However, the two Universities will split the seating in the stadium 50-50. Each school will receive the revenue it generates from ticket sales through their respective ticket offices. All expenses will be split between the two sides.

More information on ticket sales will be released in the near future.