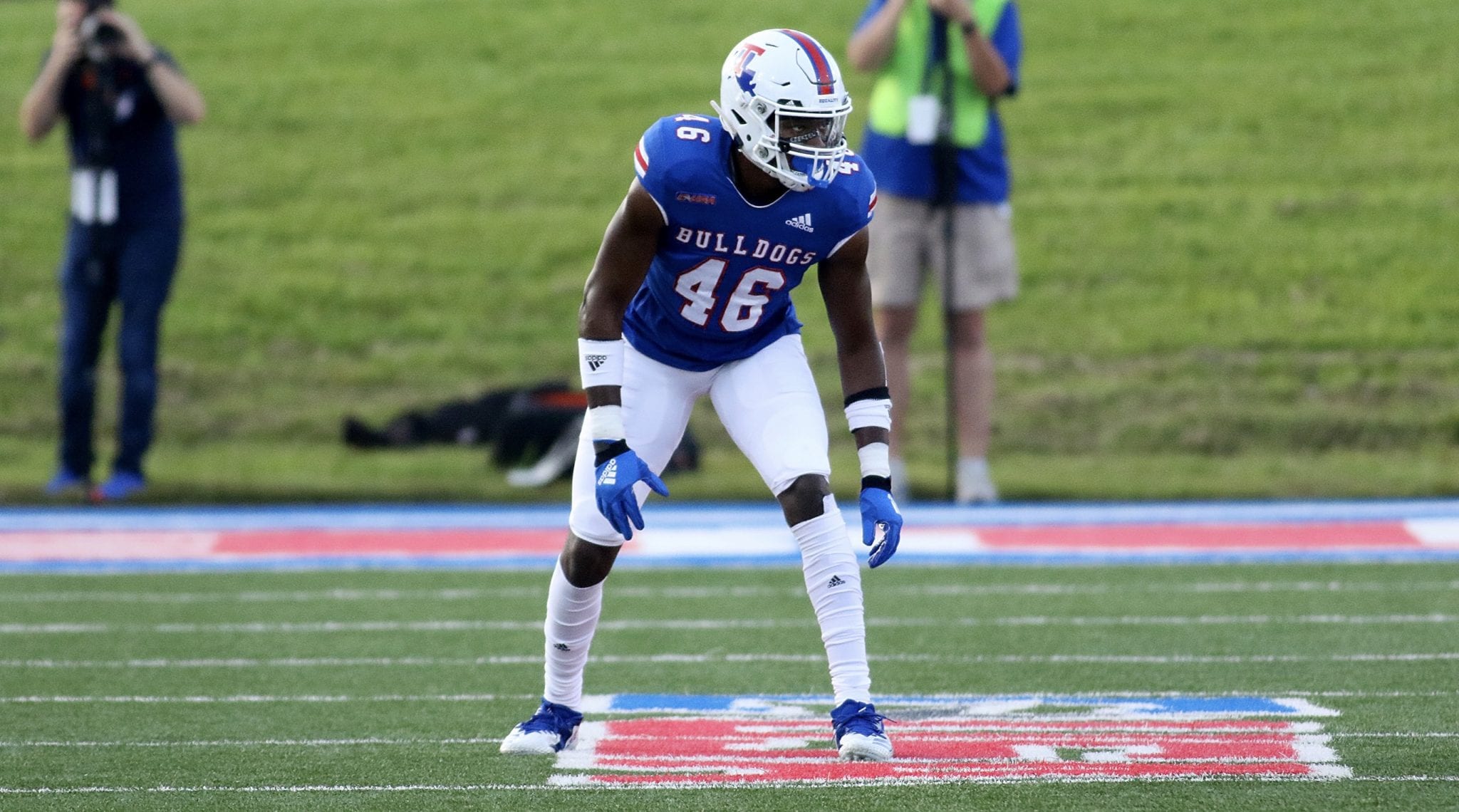 Too slow.  Too small.  Not fast enough.  Not strong enough.  Wrong position.  Injured.

These are some of the popular reasons FBS coaches may not offer scholarships to high school players.

One of those players was just outside of Baton Rouge at Livonia High School.  He was a 5-foot-7 standout quarterback.  His name … Cee Jay Powell.

“A lot of people said they wanted to see me catch the ball and see if I can run routes,” said Powell about what college coaches were telling him.  “I knew I wasn’t going to play quarterback in college.  I guess not seeing me catch meant I couldn’t catch either.  And they said I was too small.”

Another was playing north of Shreveport at Benton High School.  He was a star linebacker who missed half his junior year due to injury.  His name … Ezekiel Barnett.

“I broke my arm my junior year and I feel like that affected things a lot since a lot of offers come from what you do as a sophomore and junior,” said Barnett on why he thinks he was overlooked by college coaches.  “And I come from Benton where people don’t tend to make it very far in football.  I think colleges look over high schools like mine.”

Powell went on just one official visit to Central Arkansas.  No offer came of it.  Barnett had a few offers from non-FBS schools, but that was all.

Both slipped through the cracks, rolled the dice on themselves and came to Louisiana Tech as walk-ons.

“I always did like Louisiana Tech when I was in high school,” said Powell.  “Coach Sloan had told me if I didn’t get an offer that I could come walk-on.  So I took that opportunity.”

“I had a vision for myself playing at the FBS level,” said Barnett.  “I build a relationship with Blake Baker, the defensive coordinator at the time.  And it was close to home for me and my parents could come to every game.”

Despite playing on different sides of the ball, their trajectories were almost mirror images of each other.

The wide receiver Powell and linebacker Barnett both redshirted in 2016.  In 2017, they both played primarily on special teams.  And their hard work wasn’t going unnoticed.

“Just when you needed that little boost of confidence, the coaches are going to come with it,” said Powell.  “Boston Scott would talk to me and would always say that he sees something in me that I don’t see.  I just kept working, put my head down and worked.”

“Coach Baker would have me in meetings with Xavier Woods and others which made me feel like I belonged here,” said Barnett.  “Every day at practice felt like a game because you are essentially a crash dummy pretty much.  That was just part of it.  You had to prove yourself worthy, on and off the field.”

The Bulldogs were days away from opening the 2018 season at South Alabama when Powell stopped being a walk-on, a moment he described as indescribable.

“We were calling it up after practice and coach Holtz told us he needed me and Will Marker to come sign our scholarship papers in his office,” remembered Powell.  “Everybody started jumping on me, spraying water.  It happened so fast.

“I worked from the ground up.  No lie, it was one of the best feelings in my life getting put on scholarship.  It was a burden right off my shoulders.  Nobody can take that from me.”

A year later just before summer workouts were about to start, Barnett received a phone call that changed his life.

“Mentally, I was on scholarship, but financially I wasn’t,” recalled Barnett.  “I was driving to New Orleans with my brother on the way to see my dad’s side of the family.  I got a call from coach Holtz and he told me he was going to put me on scholarship.

“It was one of those moments where you work so hard for something, you put in everything and you finally get it.  I went through every emotion trying to get a scholarship.  I just wanted to cry tears of joy.  It was most definitely a blessing and one of the happiest moments of my life.”

And even happier were their families.

“My mom is my spirit warrior,” said Powell.  “She is my why.  She keeps me going.  All she ever preached to me was work hard.  When I told her the news, we stayed on the phone for life an hour, just talking.  She was so happy, playing music and dancing.  It you start dancing, you are another level happy.”

“My mom, my dad, my brother,” answered Barnett.  “First thing I was thinking was my parents don’t have to pay for college anymore.  It was love all over from everywhere.  It was a great day.”

Powell and Barnett aren’t the first walk-ons to earn scholarships under Skip Holtz at LA Tech.  And they won’t be the last.

“I think it is really important that those guys that walk on to the program, once they get to the point where they are playing for you on the field, you have an obligation to put them on scholarship,” said Holtz.  “They trusted in their own abilities and desires to come here and work to get on the field and you have to be able to reward that.

“Cee Jay and Ezekiel started by showing up with their attitude, their ability to work, their desire to improve.  Not only was it their dreams to get a scholarship, but it was their dreams to keep improving and become starters and play an even bigger role.  I’m really proud of what both of them have been able to do.  They are passionate and tough and bring so much value to our team.”

Powell currently has 79 career receptions, good for 733 receiving yards and one touchdown.  Sounds like he can catch the football after all.

Barnett currently has 107 total tackles, four sacks and one pick-six.  Sounds like he’s good enough to play at the FBS level.

Now redshirt seniors playing their final seasons at LA Tech, the two said they have gotten closer and closer as their collegiate careers have gone on.  And they both offer plenty of advice to those who have to go the walk-on route to prove their worth.

“I let walk-ons know now it is a marathon, not a sprint,” said Powell.  “Keep doing what you are doing and don’t stop.”

“I tell the walk-ons that I was in their shoes before and to just keep going,” said Barnett.  “I will never forget what I felt being a walk-on.  It builds character and resilience that is going to help you in the long run.”