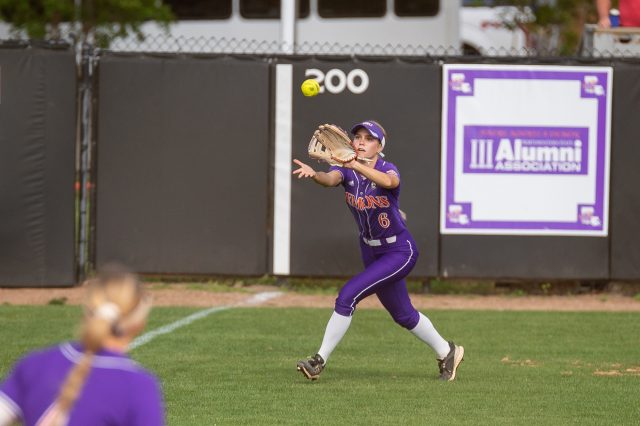 The college baseball regular season is winding down, and softball conference tournaments have ended.

As usual, former Bossier Parish high school standouts are helping and have helped their teams succeed.

Three former Airline softball standouts — Caroline Easom and sisters Makenzie and Raelin Chaffin — are among those.

Easom, a sophomore second baseman, started all 59 games. She batted .256 with eight doubles, three home runs and 36 RBI. She had a .969 fielding percentage with seven errors in 229 chances.

Starting all 51 games, Chaffin hit the first home run of her career in the regular season and added four more. She batted .270 with three doubles, one triple and 21 RBI. Chaffin had only one error in 69 chances for a .986 fielding percentage.

She was a third-team All-SLC selection.

The No. 20 Lady Tigers (34-21) were eliminated in the first round of the SEC Tournament. LSU is the No. 2 seed in the NCAA Division I Tournament Tempe Regional and will face No. 3 San Diego State at 7 p.m. Friday on ESPNU.

Arizona State, the No. 8 overall seed, is the regional’s top seed.

Former Benton star Hallie Saintignan, a senior outfielder at Tarleton State, is batting .245 and has a fielding percentage of .963 with just two errors in 54 chances. She has started all 41 games she has played in.

Tarleton State is 29-23 and finished 14-10 in the WAC. Tarleton faces North Alabama in the National Invitational Softball Championships in May 20.

Former Benton standout pitcher Ashley Hunter completed her career at Centenary College with a 3-4 record as the Ladies finished 15-21.

Former Parkway star Eric Brown, a junior infielder, has helped Coastal Carolina compile a 33-16-1 record. The Chanticleers are third in the Sun Belt Conference standings at 19-7-1.

Brown, who has started all 47 games, ranks second on the team with a .318 batting average. He has 17 doubles, two triples, four home runs and 32 RBI.

Another former Parkway standout, Amani Larry, is having a stellar season season at New Orleans.

A sophomore infielder, Larry has started all 48 games. He is battling .370 with 13 doubles, two triples, six home runs and 49 RBI. He had a .991 fielding percentage with just two errors in 213 chances.

The Privateers are 27-21 with Tuesday’s game against Southern remaining in the regular season. They earned the No. 3 seed in the Southland Conference Tournament and face No. 6 Houston Baptist in the first round Thursday in Hammond.

Former Haughton star Peyton Stovall, a freshman first baseman, has started 36 of the 37 games he’s played at Arkansas. He has been sidelined with a finger injury suffered taking infield at second base before Game 2 of a series against Ole Miss on April 30.

Stovall is batting .263 with six doubles, three home runs and 16 RBI. He has made only two errors in 298 chances for a .993 fielding percentage.

Former Airline standout Dalton Burrell, a sophomore pitcher at LSU Eunice, is 5-1 with 45 strikeouts in 35 innings.

The Bengals (38-16) lost to Hinds Community College 4-3 Monday in their first game in the NJCAA Division II Region 23 Tournament.

While they haven’t been full-time starters, Airline products Hayden Travinski, Cameron Parikh and Cameron Taylor have made contributions to their respective teams.

Travinski, a sophomore catcher at LSU, had played in 26 games and started 16 through May 15. He has smacked five home runs and also has two doubles.

Parikh, a junior third baseman/designated hitter at Northwestern State, has played in 22 games and started 20. He is .258 with two doubles, one home run and 12 RBI.

The Demons (25-26) are scheduled to complete the regular season Tuesday at LSU. They are the No. 5 seed in the SLC Tournament and will face No. 4 Nicholls State at 1 p.m. Thursday in the first round in Lake Charles on ESPN+.

Another former Airline star, Louisiana-Lafayette senior infielder Jonathan Brandon, has appeared in 34 games and started 19. He has two doubles, two triples, one home run and 12 RBI.

Former Providence Classical Academy standout Cameron Duke appeared in 14 games as a freshman pitcher at BPCC last season. He had 14 strikeouts in 31 innings.

Haughton product Jacob Hernandez, also a freshman pitcher, appeared in 14 games at BPCC. He had 24 strikeouts in 22 innings.

Note: If you know of any player from a Bossier Parish school that has had or is having a good season at the college level, please send his or her name and pertinent statistics to rhedges@bossierpress.com.