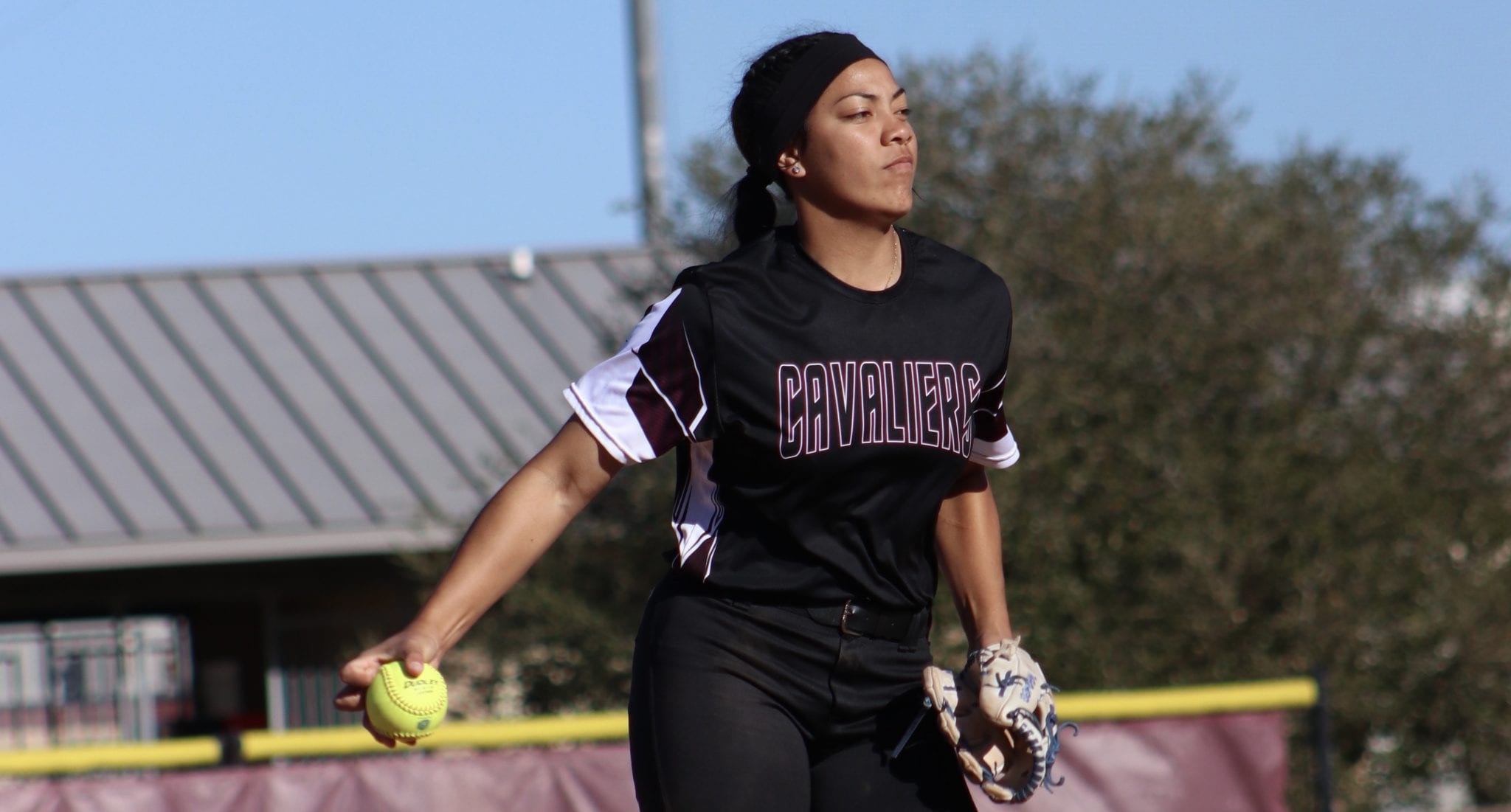 The game was the second half of a doubleheader sweep by the Lady Cavs. BPCC won the first game 12-9..

Aholelei, freshman from Honolulu, Hawaii, retired all 15 Lady Dragons who came to the plate in game two.

On just 54 pitches, she struck out 11 batters to earn her seventh win of the season. In her last two combined starts — wins over National Park College and Paris — Aholelei has pitched 10 innings, allowed just one hit, no walks, no hit batters and has fanned 18. Her perfect game is the third in BPCC softball history.

The Lady Cavaliers secured the 9-0 victory in game two thanks to an 8-run third inning.

The BPCC offensive onslaught came on home runs by Uchenna Jong Loy and Precious Aholelei, who is the identical twin sister and battery mate of Primrose Aholelei.

Jong Loy went 3-fo-3 in the game with two home runs, her third multi-homer game of the season.

In game one, BPCC jumped out to a 5-0 lead in the top of the first inning. After scoring at least one run in every inning except the second, BPCC led 9-3 going into the bottom of the fifth inning.

PJC would score five runs in the frame to make it a one-run game going into the sixth.

Haylee Ladner and Kennedy Cox hit back-to-back homers to start the sixth, and Dyllan Sanay added a solo shot in the seventh to give BPCC the 12-9 win over PJC.

In the four games this week – all wins — the Lady Cavaliers hit 15 home runs.

As a team, BPCC has hit 47 home runs, which ranks sixth in NJCAA Division I. Ironically, PJC ranks second with 52 homers after hitting three in game one.

Starting shortstop Tuliliau Sosi ranks third and Jong Loy is tied for fourth in Div. I with 13 and 12 homers, respectively.

The Lady Cavaliers return home on Sat., March 20 to face the Northeast Texas Community College Eagles in a doubleheader beginning at 1 p.m.