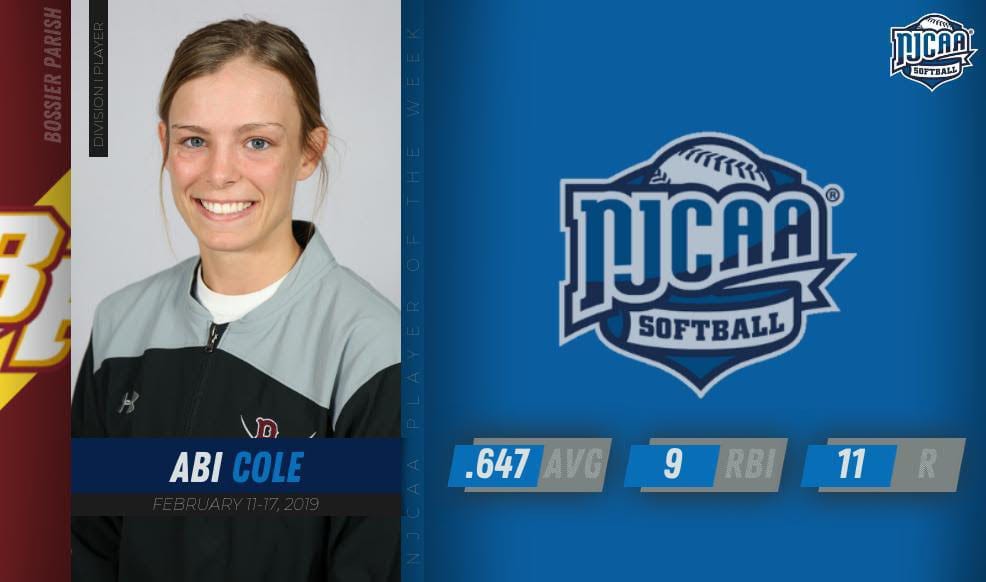 A couple of days after earning Region XIV Player-of-the-Week honors, Bossier Parish Community College second baseman Abi Cole picked up another honor today as she was named the national Player of the Week by the National Junior College Athletic Association. She is the third Lady Cavalier to receive the honor in the program’s history.

Cole, a product of Benton High School, batted .647 (11-of-17) with four doubles, three home runs and 10 RBIs during the week. The sophomore helped lead the BPCC Lady Cavaliers to four wins during the week. Batting in the leadoff spot, she paced the Lady Cavs offensive attack which scored 41 runs and banged out 54 hits, including 18 extra-base hits, in the four wins.

A transfer from Butler Community College, Cole has helped the Lady Cavaliers begin the season with a 9-0 record, its best start in over a decade.