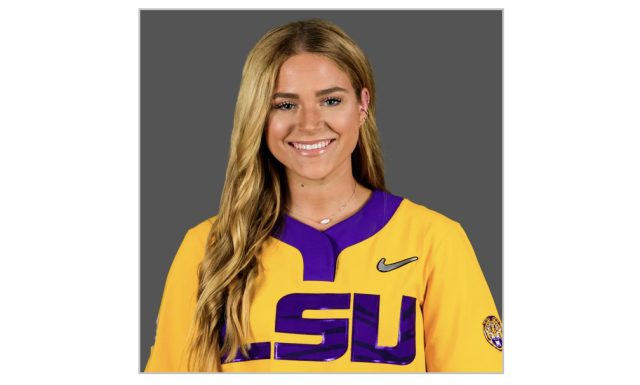 BIRMINGHAM, Ala. – Freshman pitcher Raelin Chaffin earned her first collegiate accolade by being named the SEC Freshman of the Week announced Tuesday by the league office.

Chaffin was one batter shy of a perfect game against No. 2 Alabama Saturday evening. Chaffin retired 21 of the 22 batters she faced and gave up just one hit, a home run in the second inning. Chaffin went on to sit down 17 consecutive batters after that home run and had five strikeouts in the 5-1 victory over the Crimson Tide. Chaffin held UA to a .045 batting average.

The Tigers will host Southeastern Louisiana at 6 p.m. today before traveling to Texas for a three-game series March 18-19.