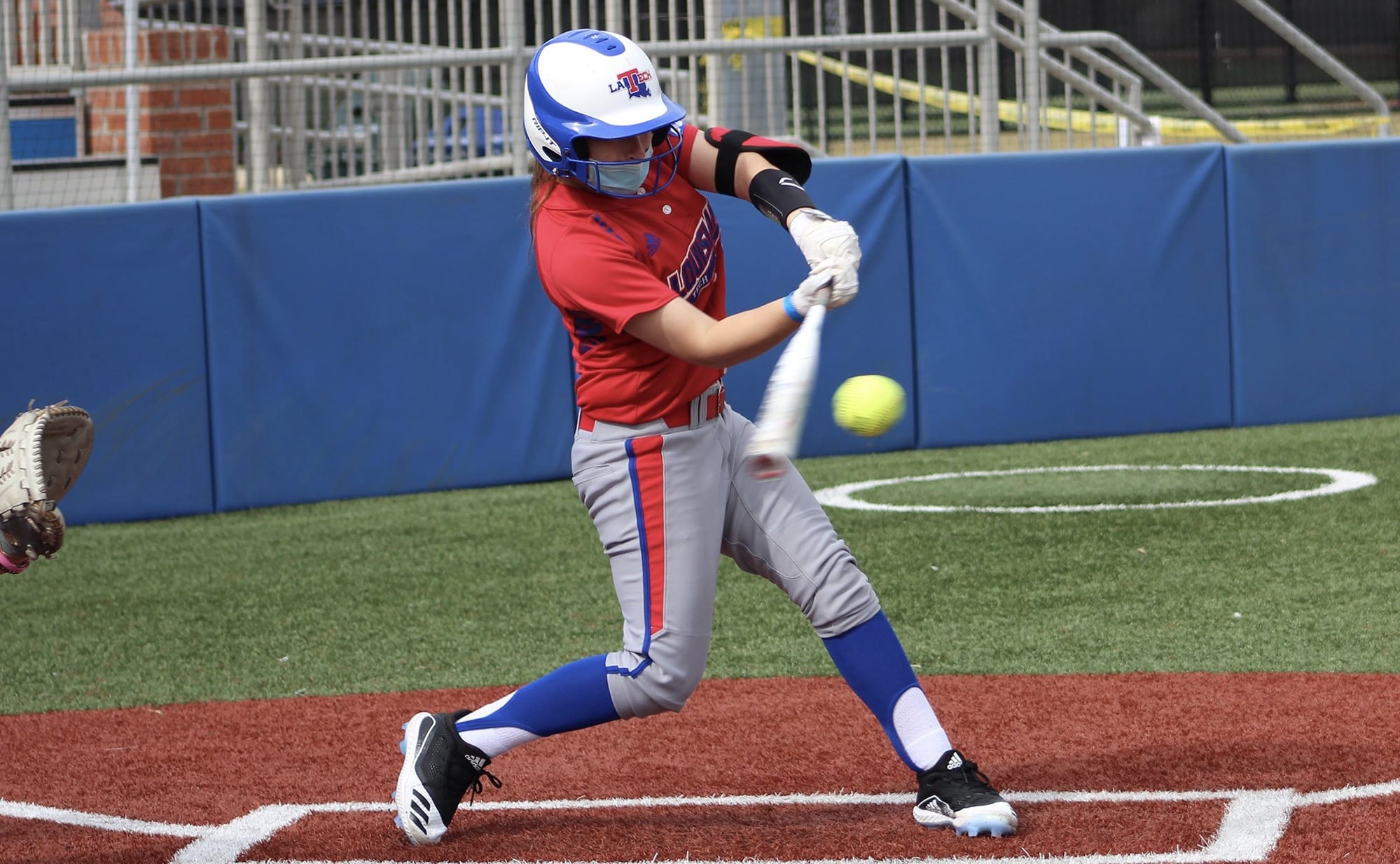 Tech (1-0) overcame some early game jitters – the game began with temperatures just above freezing – and held on late to give interim head coach Bianca Duran her first collegiate victory.

Easom got the Techster season off with a bang, homering over the centerfield fence with one out in the top of the first inning in her first collegiate at bat. It was one of two hits for the former Airline star on the night.

ULM rallied in the bottom of the second inning, capitalizing on three Tech errors. Tech starter Audrey Pickett surrendered a leadoff single and then with one out issued a walk. With runners on first and second, ULM executed a double steal and Tech committed two throwing errors on the play allowing both Warhawk runners to score.

Pickett (1-0) picked up the win in the circle, allowing two runs – only one earned – on three hits and four walks while striking out four batters.

Tech rallied at the plate in the top of the fifth inning. Easom and Kara Goff recorded back to back singles and with two outs, Madie Green singled up the middle, plating both runners and giving the Lady Techsters a 3-2 advantage.

Hutchinson came on in relief to start the fifth inning and worked out of threats in each of her three innings of work. In the fifth inning, she surrendered singles to the first two ULM batters but then retired three straight Warhawks on strikeouts.

In the bottom of the seventh inning, ULM threatened again. With two outs, three straight batters reached to put the tying run on third and the winning run on second but Hutchinson recorded her sixth strikeout of the game to seal the win.

Tech returns to action Friday when it faces Top 10 Oklahoma State at 3:30 p.m. at the Ouachita Sports Complex.