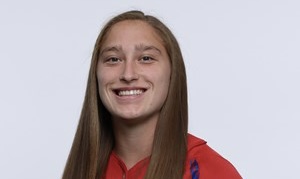 Tech (19-12, 4-3 C-USA) outhit UTEP 9-5 as Audrey Pickett picked up her 12th win of the year in the circle, tossing seven innings while surrendering three runs on six hits with four strikeouts.

“I never felt comfortable until we turned the double play in the (bottom of the) seventh inning,” said Tech head coach Josh Taylor. “The ball really carries at this park and you just never feel like the lead is safe. It felt like I was back in Nevada (where the ball carries).

“Audrey didn’t have her A game but she battled through it, and our defense made some nice plays behind her. Madie was big for us early and Caroline’s home run (in the sixth) gave us the momentum back.”

Tech took the 3-0 lead in the second on Green’s 2-run blast opposite field over the right field fence. Amanda Gonzalez hit a laser to left field that was scored an error, driving in Sierra Sacco with the third run of the inning.

Katelin Cooper upped Tech’s lead to 4-0 with an RBI single in the third followed by Green’s 3-run blast, once again opposite field.

UTEP plated a run in the third and two more in the fifth to close to within 7-3 before Easom hit a towering shot over the left field wall for the 9-3 lead.

The two teams will play game two of the series Saturday at 4 p.m. CT.