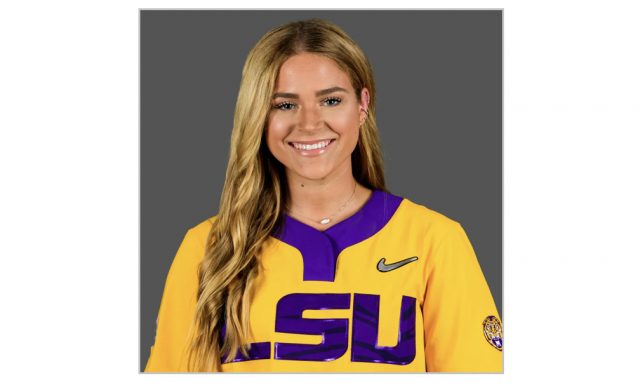 Freshman Raelin Chaffin, a former Airline star, pitched a one-hitter in No. 21 LSU’s 5-1 victory over No. 2 Alabama in Game Two of an SEC opening doubleheader Saturday at Tiger Park.

Chaffin retired 21 of the 22 batters she faced. She struck out five and walked none.

Chaffin improved to 3-0 with her second complete game.

“You never know what is going to happen when you go into a series. That is why you have everyone ready,” LSU Head Coach Beth Torina said. “We had all hands-on-deck, and that is the point of having a deep pitching staff. You never know when your number was going to be called, and she was ready when her number was called today.”