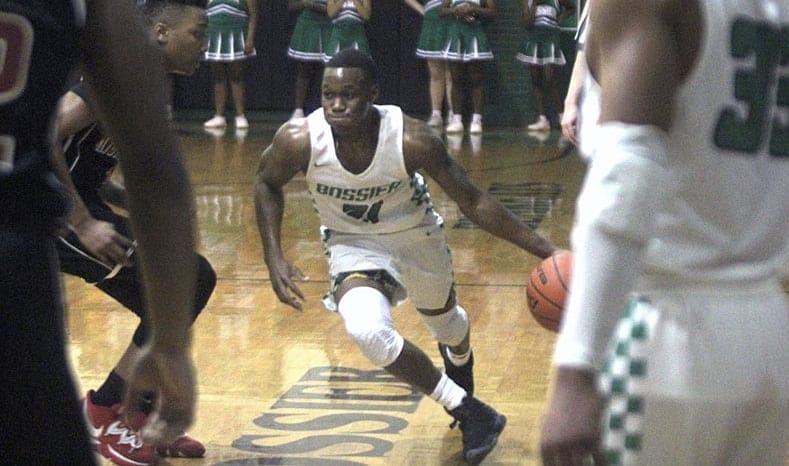 Editor’s Note: Sports Editor Russell Hedges has been at The Press-Tribune for almost 10 years. During this hiatus in high school sports, he will have an occasional look at trends and big moments in the last 10 years. The following column ran in the April 22 print edition.

With three state championships and four runner-up finishes in the last 12 years, it’s safe to call the Bossier High Bearkats a dynasty.

Here are some numbers to back it up.

Of course, Bossier’s basketball success started long before the 2010-2011 season when the Bearkats won the second boys basketball state title in school history. That also coincided with my first school year as a sports reporter at the Bossier Press-Tribune.

According to the late Jerry Byrd, a longtime sports editor at the Press-Tribune and a local sports historian, the 74 wins was the best two-year total in Bossier Parish history.

So how have the Bearkats achieved such remarkable success?

Coaching is one reason. Since I arrived at The Press-Tribune, the Bearkats have had two head coaches — Jeremiah Williams and Nick Bohanan.

Bohanan pulled off one of the best coaching jobs I’ve seen this past season. The Bearkats won the title despite losing two starters late in the season.

One of those was 6-foot-8 forward D’Ante Bell, who suffered a knee injury in the final regular-season game. Not many teams, if any, could overcome that.

Bohanan said it was basically like starting over in some respects.

Williams is not just one of the most successful coaches in parish history but in the state. He led Bossier to eight district championships, three state runner-up finishes and two state championships in 10 seasons.

One day he will no doubt be inducted into the Louisiana High School Sports Hall of Fame.

Of course, Bossier has had other outstanding coaching throughout its history, including Chris White, Bobby Joe Rusley, Howell, Larry Toms, Frank Lampkin and McConathy.

Any coach will tell you that you have to have talent to win championships. Bossier has had more than its share.

Since the Press-Tribune revived its All-Parish team after the 2011-12 season, 12 Bearkats have made first team, including four  MVPs — Larry Robinson III,  Devonte Hall (twice), Jacoby Decker (twice) and Cody Deen.

And if we had had an All-Parish team in 2010-11, my first year at The Press-Tribune, it’s a pretty good bet Jalan West would’ve been the MVP.

The parish has a strong middle school boys basketball program with some outstanding coaches. Main feeder school Rusheon has provided the Bearkats with a lot of talent along with some of the other schools.

Any sports program needs to have strong backing from the school’s administration. Bossier has no doubt had that under David Thrash, the principal since 2006.

Not only has he supported the program, he hired Williams from Northwood in 2007 and then promoted Bohanan in 2017 after he served eight years as assistant.

One thing Bossier has not done is win back-to-back state titles. The only parish team to accomplish that was Haughton under Billy Montgomery in 1968 and 1969.

The Bearkats will have a chance to match that this season. It won’t be a surprise if they do.

— This column has been updated to correct the two years in a row Bossier made it to the 3A semifinals and the combined number of wins in 2008-09 and 2009-10.