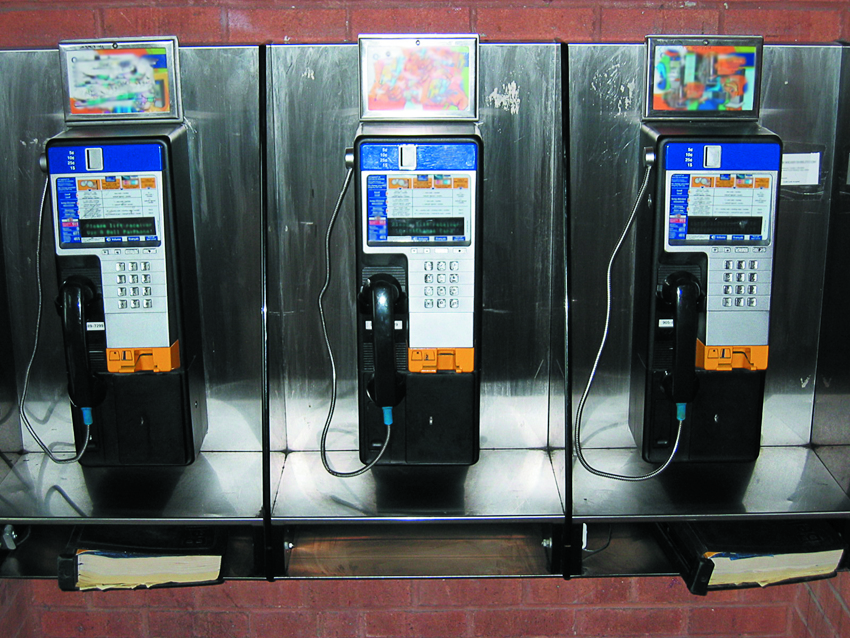 The meeting of the Louisiana Public Service Commission (LPSC) in Bossier City last week, billed as historic because it was the first time the entity met in  the city, was not without political fireworks.

Commissioner Foster Campbell of Elm Grove, who represents 24 parishes across north Louisiana in LSPC District 5, got into a heated discussion with Caddo Sheriff Steve Prator and three members of the LPSC over surcharges and fees charged to inmates for using jailhouse phones.

City Tele Coin Company, Inc. of Bossier City, which provides phone services for inmates in about 30 parish and municipal jails around the state, apparently instituted the charges in 2010 without LPSC approval along with another private contractor, Securus Technologies of Dallas.

The LPSC, with the urging of Campbell, cut rates charged on all prison calls by 25% in December 2012.  The order required removal of all surcharges not specifically approved by the commission.

“This company could owe hundreds of thousands  of dollars and this company is offering pennies on the dollar.  I am not for doing this behind closed doors,” Campbell argued.

Campbell said Skrmetta was trying to help out City Tele Coin because it had contributed money to Skrmetta’s campaign.

Campbell was obviously battling a stacked deck at the LPSC meeting.  But he has his supporters, including Catholic, Episcopal, Methodist, and Baptist churches, who say it is the families who have to pay for the expensive phone calls.

But Louisiana sheriffs, including Prator, argue that inmates are charged more because law enforcement must monitor calls that originate from behind prison walls.

It is an on-going battle, to be sure.  And as a result, Campbell, a Democrat, found out he will have an opponent in his bid for a third six-year term this fall.

J. Keith Gates, an attorney from Winnfield, who is a member of the Republican National Lawyers Association, used the meeting as a spring-board to announce he will oppose Campbell this fall.

“Good luck with that. Campbell is the only independent voice on the Commission,” said a Bossier City businessman who was attending the meeting.

A poll on the U.S. Senate race released last week  by Southern Media Opinion and Research (SMOR) has members of both parties scratching their heads and wondering just where the race actually stands.

The reason is that the results of SMOR’s poll, conducted from April 28-30, differs greatly from another recent poll conducted by the New York Times/Kaiser Foundation from April 8-15.

SMOR’s poll has incumbent Democratic U.S. Sen. Mary Landrieu at 36%, the lowest number for her so far. Her main opponent, Republican U.S. Rep. Bill Cassidy came in at 35%. The numbers for the two other Republicans in the race were Rob Maness at 7% and state Rep. Paul Hollis at 4%.

So, observers of this important U.S. Senate race are over the wide differences in the polls that were conducted only a couple of weeks apart. A compilation of recent polls by the non-partisan website  Realclearpolitics, which includes the SMOR poll, still has  Landrieu with a 13% lead over Cassidy.

An analysis of the two polls by the Washington Post concluded that the two polls have numerous methodological differences that may account for the disparity.

The Post pointed out that the SMOR poll sampled likely voters from registration lists, a sample that bodes better for Republicans, while the Times/Kaiser poll sampled the broader population of registered voters using Random Digit Dialing techniques, typically better for Democrats.

Additionally, the Post notes that the polls also differed in what questions they asked respondents before the Senate vote question.

But as most political analysts point out, the race still has a long way to go before the election on November 4.  So, make what you will of the polls because we know there will be more to come.

Maness on the Move?

Maness has already received the endorsement of almost every Tea Party and conservative Republican organization, but they did little to elevate him in the polls. But Republican U.S. Rep. Bill Cassidy, the anointed party candidate in the race against incumbent Democratic U.S. Sen. Mary Landrieu, might want to keep an eye on his rear-view mirror.

In endorsing Maness, Palin, in a statement, had this to say about Cassidy: “The GOP establishment has turned to a moderate congressman who opposed President Reagan in the past and was actually a supporter of Mary Landrieu until recent years.”

She added, “He voted to raise the debt ceiling, was one of 19 Republicans to vote for President Obama’s hate crimes legislation, campaigned in support of the government bailout (but now opposes it), voted for Obamacare Medicare savings (but now opposes them). Come on, GOP, is this the best we can do?”