One week after Give for Good!, the excitement from the 24-hours of giving continues. The Community Foundation of North Louisiana is thrilled to announce the community raised $1.73 million for 156 local nonprofits. 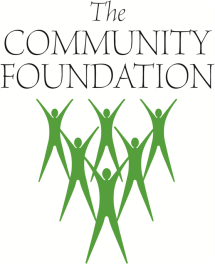 This online giving day captured the generous spirit of our community. One goal of this event was to demonstrate everyone can be a philanthropist. There were 7,714 gifts received from 4,350 donors. There was a self-reported 2,221 first-time donors.  Other highlights include ranking in the top 10 of participating communities in both dollars given and donors participating. Give for Good ended the event in 10th place for dollars given. Statistics also show donations from 41 states in the United States and an average gift size was $185.55.

About the Community Foundation of North Louisiana

Established in 1961, the Community Foundation of North Louisiana’s mission is to strengthen communities through philanthropy.  By bringing together fund donors, their financial advisors and nonprofit agencies, the Foundation is a powerful catalyst for building charitable giving and effecting positive change in our area. Through the generosity and vision of our family of donors, both past and present, the Foundation has granted nearly $56,000,000 to vital nonprofit organizations since our inception.  In our shared endeavor to build a more robust, vibrant community, we fund a variety of critical initiatives, including education, health, arts and culture, and poverty alleviation.  Through integrity and sound financial practices, the Foundation has successfully stewarded the philanthropic interests of past donors and is poised to lead the next generation of givers to address the challenges facing our region.