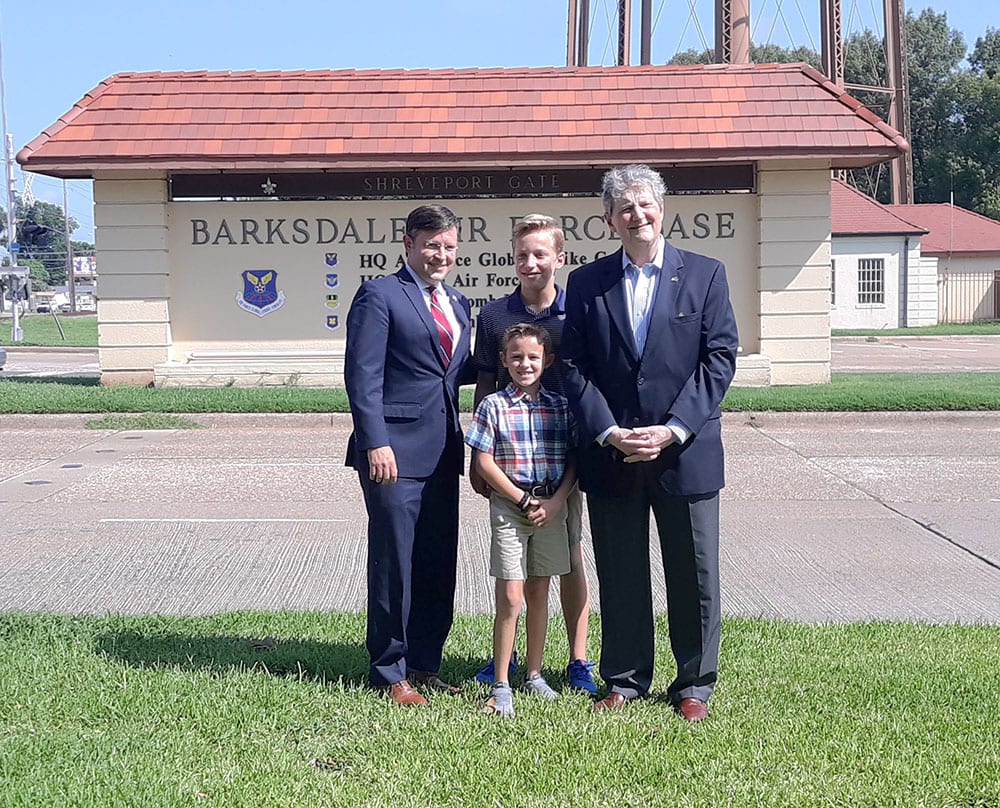 Members of the Louisiana Congressional Delegation received a briefing Tuesday on Barksdale Air Force Base’s role in defending the country.

“We’ve got a tour of Barksdale and an update on some of the projects we have pending. The first steps of the sequence is the new gate and the new I-20/I-220 interchange,” said Johnson. “Everything looks like it’s on track for that and we we’re relieved to hear that. We have the ability to project force across the globe unlike any other nation, and largely that’s because of the B-52 and the capability of the people here at Global Strike Command.”

Sen. Kennedy added that he and Congressman Johnson will be vigilant in assuring these projects are completed.

“This entrance and gate are important. We’ve got to make sure that gets completed and we have to keep that on track. I can promise you that the Congressman and I are going to be vigilant,” said Sen. Kennedy.

Both Johnson and Kennedy agreed on the important role Barksdale Air Force Base has on not only the community, but around the nation.

“I think Barksdale is a critical component of our national security portfolio, everybody recognizes that. It’s a great pleasure and honor to represent these airmen,” said Johnson.

“It’s impossible to overstate the importance of Barksdale to the defense of the nation,” added Sen. Kennedy.

In May, local and state officials celebrated the beginning of the I-20/I-220 BAFB Interchange project with a groundbreaking ceremony.

The $71.8 million project, will create a new access road into BAFB, extending southward from the existing I-20/I-220 interchange.

The new road and gate will take into account projected population growth and increased traffic counts, serve to greatly enhance security, and will alleviate traffic congestion at other base entrance points. It will also improve access times for Barksdale employees and their families, providing easier commutes.

During the ground breaking ceremony, Col. Miller noted the project is important for the area but also the entire country.

“This is huge for the mission of Barksdale. This gives us room to grow the mission at Barksdale Air Force Base,” Col. Miller said. “It also will make a difference to the quality of life of the men and women of Barksdale.”

Construction work is expected to begin late summer 2019, with an anticipated project completion of fall 2021.