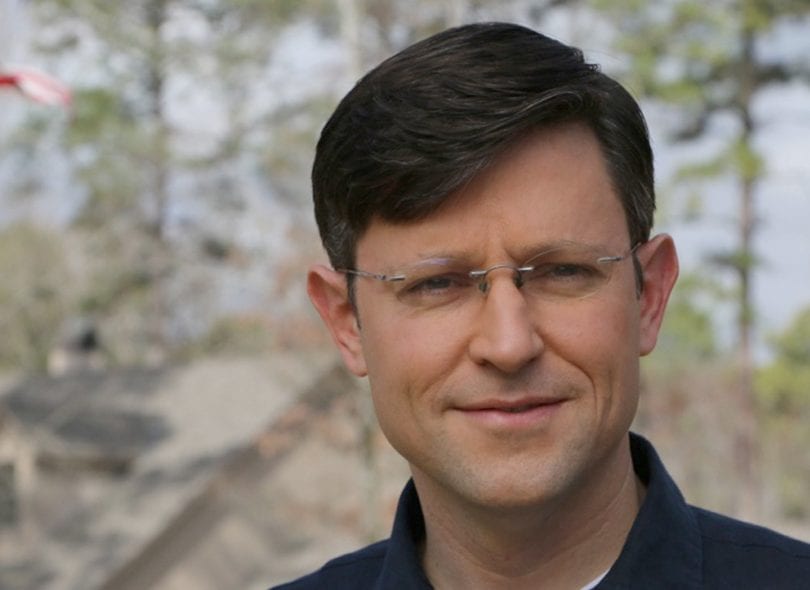 During the meeting, Congressman Johnson geared his opening remarks to what he called “update on some late-breaking news and things happening on Capitol Hill and back home.”

One of the concerns he addressed was the economic fallout from the coronavirus.

“So as you know, everybody has suffered. All of our lives have been affected in so many ways. We’re still dealing with this economic crisis. The effects that the pandemic has brought to this country,” Johnson said.

“As you know, President Trump and Congress worked together in late spring/early summer to deliver unprecedented economic relief for all Americans. Really if you add it all up, the federal government to date has provided nearly 9 trillion dollars in relief to combat the economic effects of the coronavirus. That is by far the largest economic relief package in American history. So many different aspects of this that Congress acted swiftly to try to combat the economic effects here in the fallout; to keep people connected to their employees so that they have a job to go back to when we get out of this mess. And we are trying our best to do that very thing.”

He continued, “We’re having a debate today as I speak on the Hill about what a Phase 4 may look like. The other side of the coin here and the thing that everybody is resettling with is the idea that we’ve added a tremendous amount to the federal debt in the midst of all of this. We’re looking at a deficit spending number in this calendar year alone by some estimates approaching 5 trillion dollars.

“While we’re also trying to address this crisis, there’s a few of us that are working really hard to bring back some fiscal sanity. This is something that has to be top of mind. We have to be fiscally responsible. I believe God expects and requires that of us,” he concluded.

“Bossier School system issued it’s plans for the school years in the fall, and it looks like it’s going to be a bit of a hybrid model. I know they worked really hard on this, and these are some really tough decisions. In all of these situations, I think everything that we do ought to be measured with mercy and grace. But just know, the people in authority are having to make some very, very difficult choices right now. And we out to give a lot of grace and try to work through all these issues,” said Johnson.

Ken from Bossier asked about the increase of positive cases of the virus: Rather or not it’s because of greater amounts of testing or is it the virus is just getting more out of control?

“I am trying to read all of the data and take in all of the information that I possibly can. I think it may be a combination of both of those factors. I think that we’re doing much more testing then I think any other nation. obviously the more you test, the higher the numbers are going to be. It does see though and I’ve read a number of accounts from scientists, infectious disease experts who some have hypothesized that the COVID-19 virus may have even mutated and maybe in five or six different forms now. So, that might be a partial explanation as to why some persons get really ill and some have little to no effects at all. No one is really absolutely certain what data sets to rely upon. That’s part of the problem,” said Johnson.

Nancy from Haughton asked: I went to home depot today and wanted to pay cash for my items and they are no longer taking cash. They said we have a big change shortage in the world. What is going on?

“The best that we can surmise is that when there is an emotional response to a large scale event people start to act in ways that they go into self-protection mode. I think some people are so cautious they are hoarding physical coins. I’m not sure what logic is behind it. But we have seen that that’s the case. I’m not a professional economist but I think a lot of it is driven by public sentiment and emotion. I think that concern will lessen and will have coins back in circulation again as soon as people are convinced that we are not going to have a total crash of the stock market or something,” said Johnson.