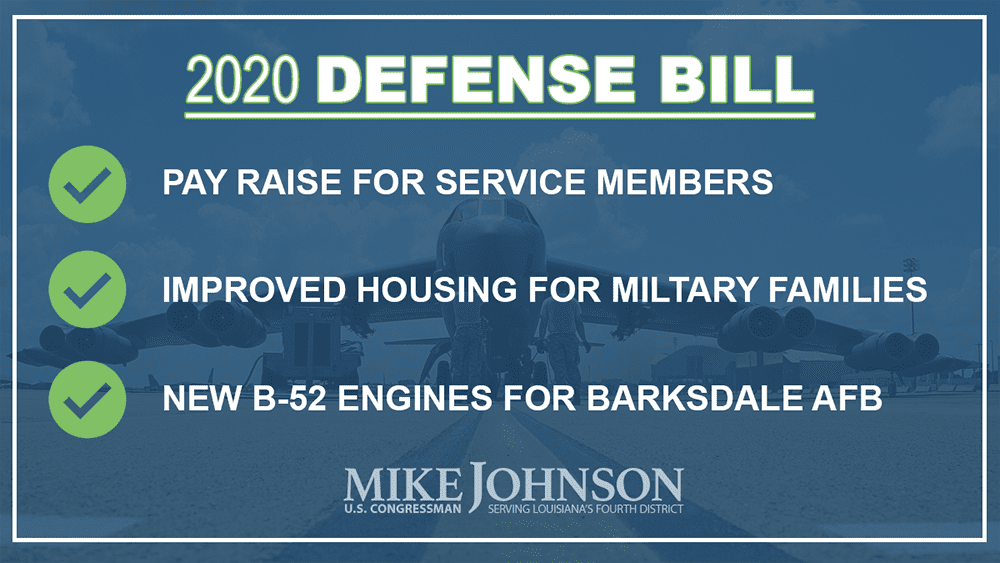 WASHINGTON – U.S. Representative Mike Johnson (LA-04), whose district is home to Barksdale Air Force Base (AFB) and Fort Polk Army Base (AB), voted in favor of a $738 billion defense bill that delivers on key Louisiana priorities, including:

“This defense bill is a win for our men and women in uniform, a win for our military families and a win for Louisiana,” said Johnson. “I’m proud to support a bill that does so much to strengthen our military and keep our nation safe. Congress ought to be spending a lot more time on important work like this and a lot less on the politically-motivated, partisan nonsense the majority party is currently obsessed with.”