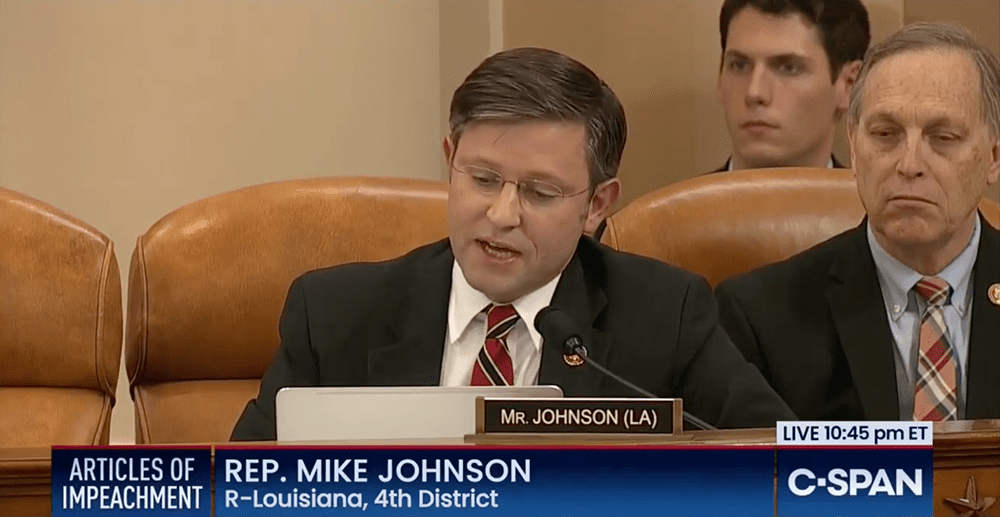 Democrats, who yesterday abruptly postponed the vote after 14 hours of debate, were unable to secure the support of a single Republican committee member in their partisan effort to impeach the President of the United States:

“Our radical, liberal colleagues have vowed to impeach President Donald J. Trump since the day of his election. They have desperately created a fraudulent, unprecedented process to pursue that goal, and now they are pulling the trigger on what was described by the Minority’s expert witness in our House Judiciary Committee as ‘the shortest proceeding, with the thinnest evidentiary record and the narrowest grounds ever used to impeach a president,'” Johnson’s emailed statement said.

He continued, “The real abuse of power here is on the part of the House Democrats, as they have recklessly pursued this impeachment —2 0 times faster than the impeachment investigation of Bill Clinton — to reach their predetermined political outcome. This impeachment will fail, and the Democrats will justly pay a heavy political price for it. But the Pandora’s Box they have opened today will do irreparable damage to our country in the years ahead. God help us.”