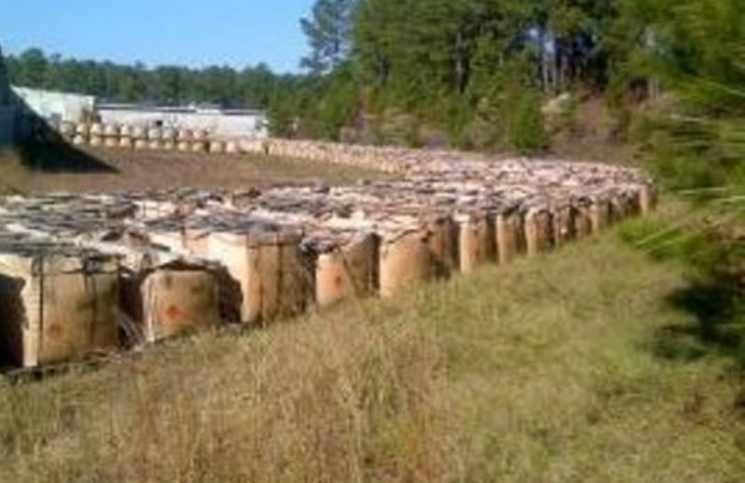 The Louisiana National Guard announced Thursday the contract to rid Camp Minden of millions of pounds of M6 propellant has been signed and is ready to move forward with the construction of the contained burn unit.

The initial contract was for roughly $19 million and is expected to be increased to $34-$35 million to account for the additional requirements set forth by the Environmental Protection Agency. The amount is based on receipt of additional funding that comes from the U.S. Treasury’s Judgment Fund on behalf of the U.S. Army for the work, National Guard officials say.

Explosive Service International, a Baton Rouge-based company chosen to oversee the cleanup, was issued a Notice to Commence Work for the contract from the Office of State Procurement, Col. Pete Schneider, spokesman for the National Guard said.

“The signing of this contract is a significant step forward in the destruction of the M6 and CBI (clean burning igniter) at Camp Minden,” Maj. Gen. Glenn H. Curtis, adjutant general of the National Guard, said. “LMD thanks all of the agencies and individuals who worked tirelessly on the selection process. We will continue to work with all of our partners to ensure we see the safe and complete destruction of the M6 and CBI.”
Ron Curry, EPA regional administrator calls the contract signing an “important achievement.”

“LMD’s signing of the contract for the alternative technology for the disposal of M6 and CBI is an important achievement,” he said. “We have been working closely with LMD to ensure the contractor is informed upfront of the federal and state environmental requirements that the work plan must address to protect the public. LMD has 30 days to submit the contractor’s work plan to EPA and we are committed to expediting our review.”

The LMD and ESI will host a community meeting where ESI will discuss the destruction process. More information will be provided as it becomes available.