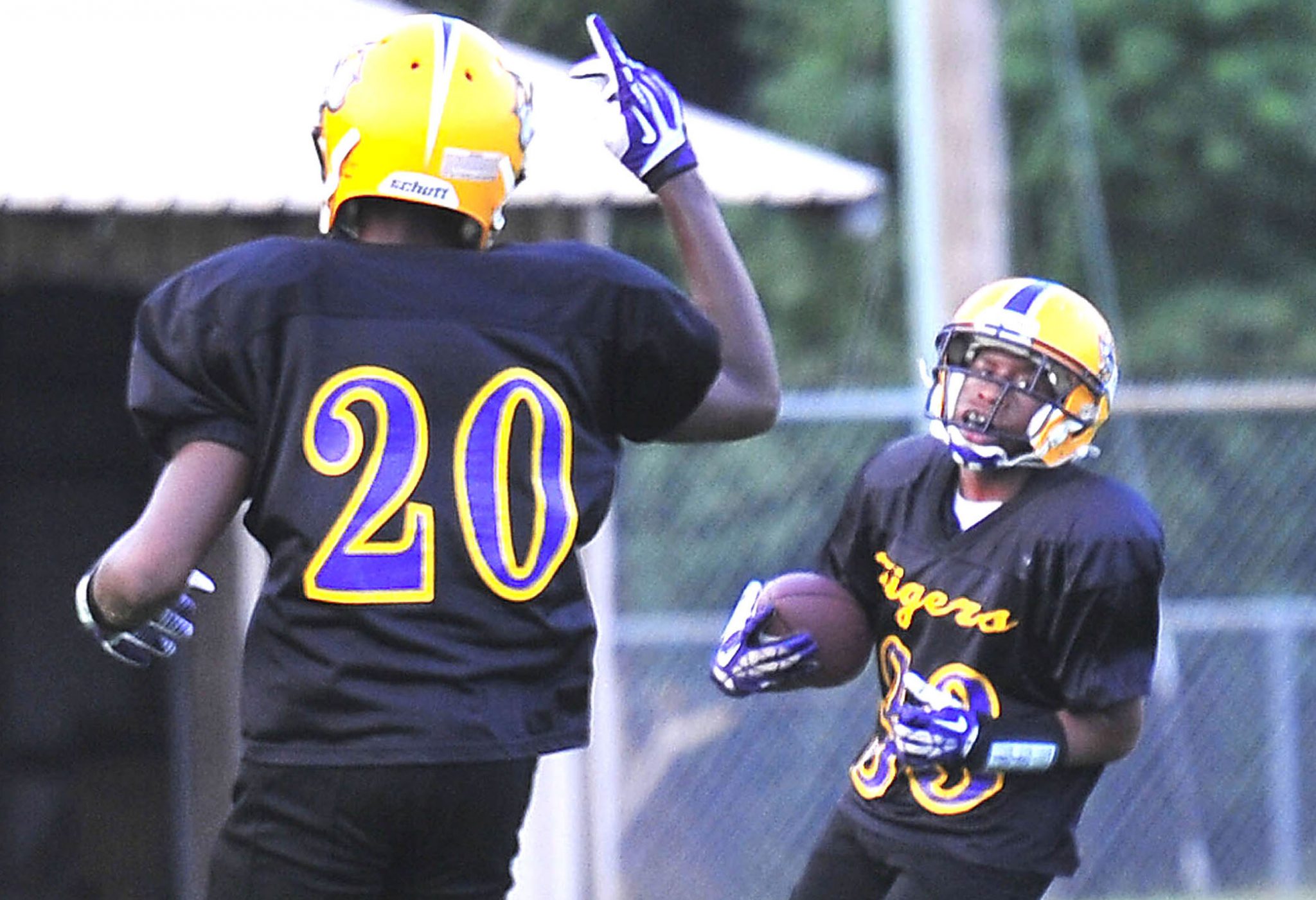 When the Shreveport-Bossier Kiwanis Bossier Parish Middle School Jamboree got started at 6 p.m. Tuesday at Preston Crownover Stadium, the temperature was 99 degrees.

The most impressive thing about the jamboree was that the players on all six eighth-grade teams fought hard until the end despite the heat.

The Cope Cougars, Benton Tigers and Elm Grove Eagles came out on top in the three “games.”

The “games” consisted of two 10-minute halves. There were no kickoffs or punts.

Cope-Greenacres: The Cougars look like they will have a powerful running game this season.

Jaylon Thomas got the scoring started with a 20-yard touchdown run on Cope’s first possession. Thomas set up the touchdown with a fumble recovery at the Greenacres 40.

Thomas also had a 35-yard run on the Cougars’ opening drive of the second half. On the next play, Cameron Davis rumbled 35 yards up the middle for the touchdown. Kobe Johnson tacked on the two-point conversion.

David Maxey, who ran hard throughout the game, went 70 yards up the middle for the Mustangs’ lone TD.

Steven Lutterman passed to Kyle Crump for the two-point conversion.

Greenacres’ Coby McGee and Tristan Waring had tackles for losses.

The first was a 30-yarder on Benton’s first drive of the game. The second covered 70 yards and came on the Tigers’ final play of the first half.

Newton’s best effort may have been on a non-scoring play in the second half. He caught the ball in the right flat, ran through several defenders and went 47 yards to the Rusheon 27.

The Rams, though, got a sack from Joshua Dykes and then forced three straight incompletions.

Rusheon backs Michael Edwards and Landric Watson ripped off some good runs as the Rams had a couple of drives stall in Benton territory.

Elm Grove-Haughton: This game was a battle between the teams that shared the seventh-grade district title last season.

Eric Williams had a couple of nice runs on the Eagles’ second scoring drive. Harrison had a 17-yard run and capped the drive with a 14-yard touchdown pass to Kendall Brown. Harrison hit Marshall for the two-pointconversion.

Haughton quarterback Jalob Walker showed good running ability. The Bucs reached the Eagles 37 on their first drive but a holding penalty pushed them back and Elm Grove held on fourth down.