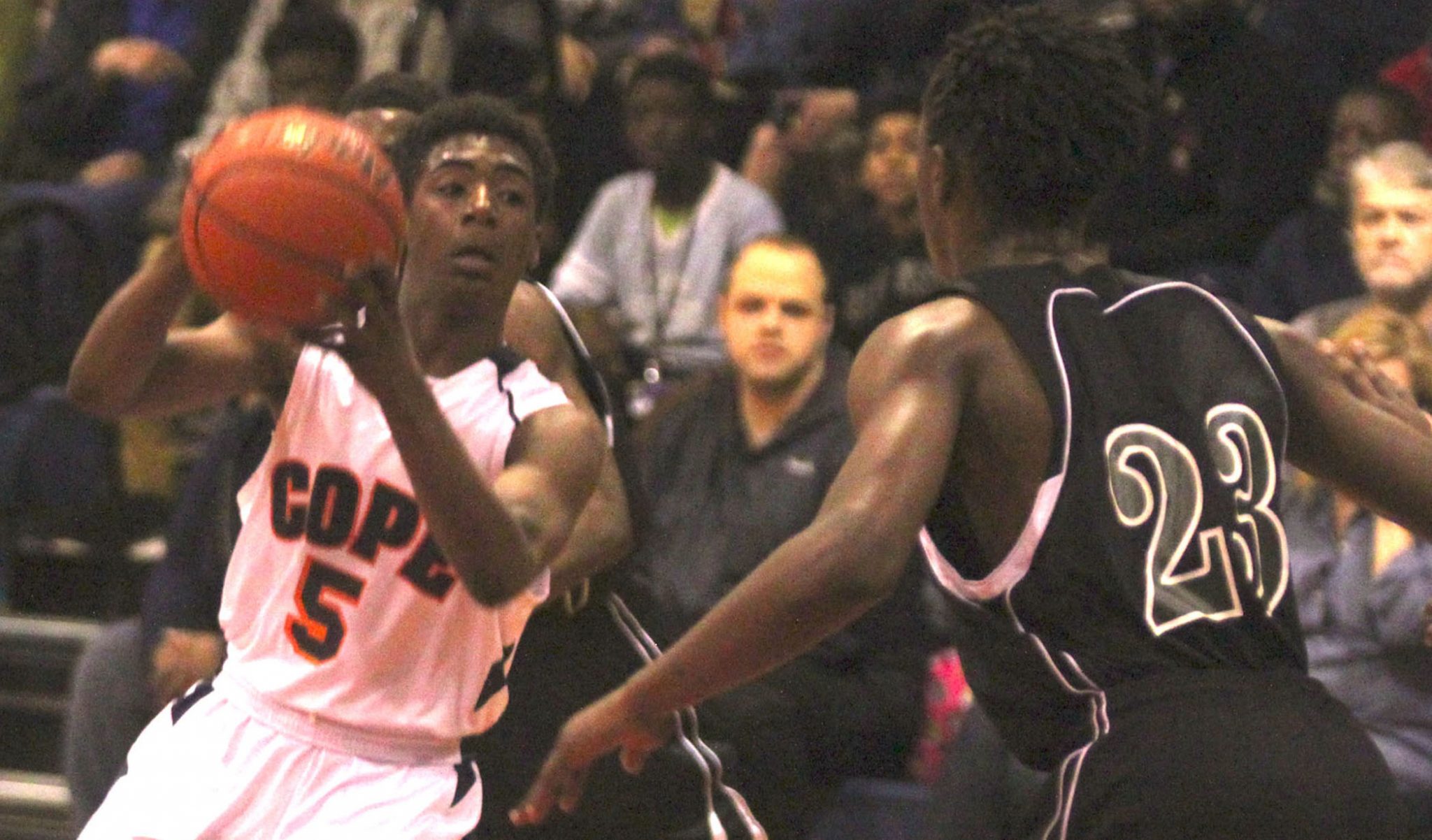 The Cope Cougars clinched the Bossier Parish boys basketball eighth-grade district title with a 40-29 victory over the Rusheon Rams Monday at Cope.

The Cougars improved to 9-0 with one game left on Thursday. Rusheon dropped to 7-2 with its only losses coming against Cope.

In other eighth-grade games, the Haughton Bucs downed Greenacres 40-33 and the Benton Tigers dropped Elm Grove 39-15.

Cope (8-1) can still win it outright with a win over Benton Thursday. If Benton wins and Rusheon (7-2) defeats Greenacres, then Cope and Rusheon will share the title.

At Cope, the eighth-grade game was tight in the first quarter with the Cougars taking an 13-9 lead.

Cope began to pull away in the second quarter, taking a 25-17 lead at the half. The Cougars extended the lead to 33-20 at the end of three.

Cope dominated the first 16 minutes of the seventh-grade game, building a 31-16 lead. But the Cougars went cold midway through the third quarter and the Rams turned up the defensive pressure, forcing several turnovers they turned into easy layups.

Cope still led 33-21 going into the fourth quarter, but there was no stopping Rusheon. The Rams dominated the final six minutes.

Jacoby Decker scored 10 of his game-high 15 points in the fourth quarter. Ja’Nron Rogers scored six of his 12 in the quarter.

Benton’s highlights were not reported.

At Greenacres, Lavonta Gipson and Jalob Walker scored nine points each to lead the Haughton eighth-graders to the win. Nick Heckman had eight.