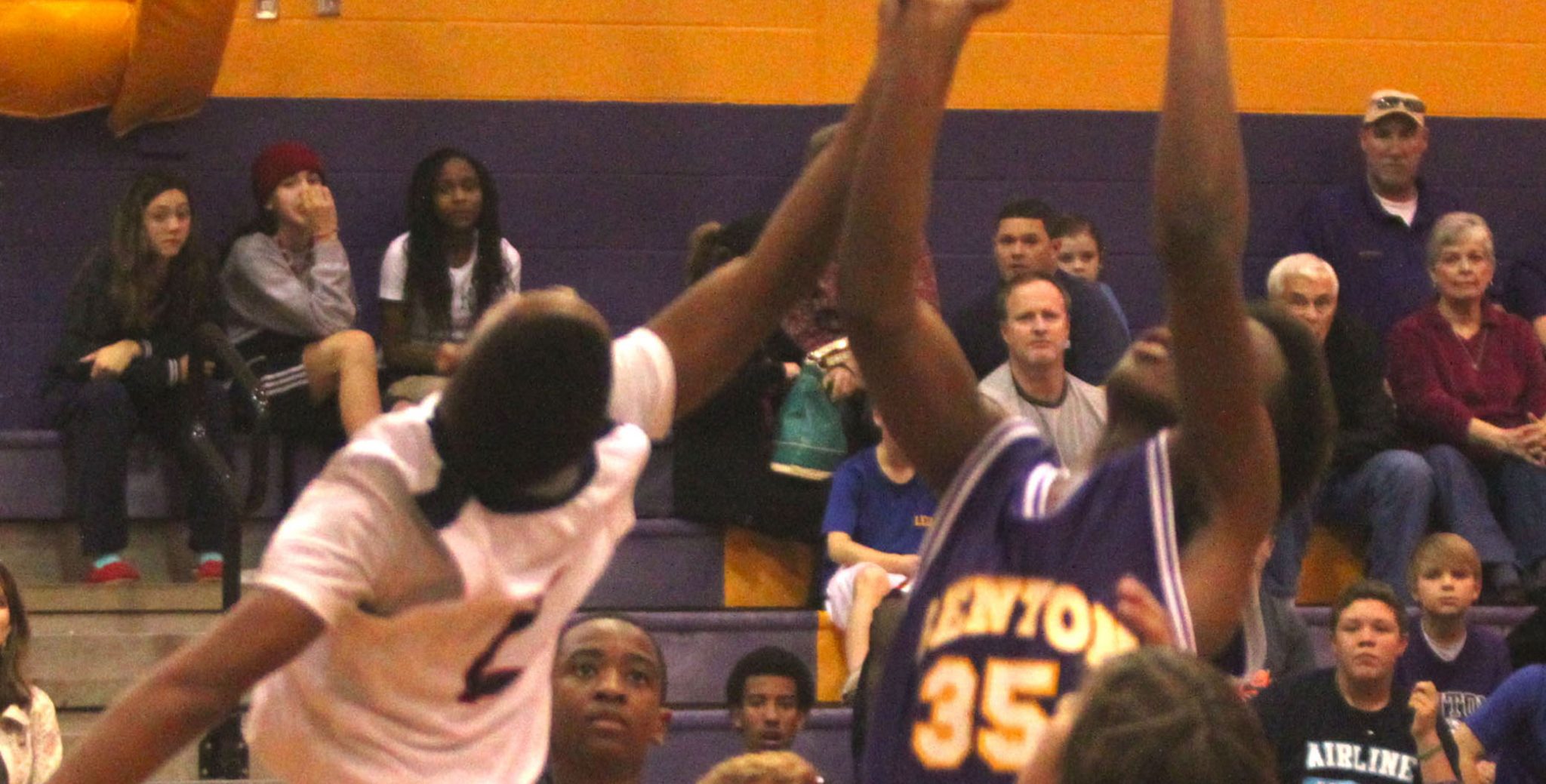 The Cope Cougars clinched a share of the Bossier Parish middle school boys basketball seventh-grade district title with a victory over the Haughton Bucs Thursday at Cope.

The Cougars improved to 8-0 and have a two-game lead over the Rusheon Rams with two games left.

In other seventh-grade games Thursday, Rusheon got past Benton 45-39 and Greenacres downed Elm Grove 42-28.

The Cope eighth-grade team also improved to 8-0 in district play with a 53-41 victory over Haughton.

Cope remained a game ahead of Rusheon, which edged Benton 40-39. In the other eighth-grade game, Greenacres defeated Elm Grove 35-26.

At Cope, TJ Robinson paced the seventh-grade Cougars with 18 points. Kamren Davis chipped in with 10.

Harrison Voigt led Haughton with 12 points, and Lavonta Gipson had 10.

Ethan Yarbrough had another big game for Benton, pouring in 20 points. Bubba Osby scored 10, and Brad Fream did a good job rebounding.

Rusheon coach Cedric Washington said clutch free throws and tough defense by Watson and Wallace were keys to the victory.

No report from Greenacres.

Cope, Benton and Rusheon all swept opponents in Tuesday’s action.

Benton downed Greenacres 42-33 in the seventh-grade game and 46-34 in the eighth.

Rusheon rolled past Haughton in the seventh-grade game and won the eighth 74-44.

Eric Brown paced the Eagles with 10 points, and Amani Larry had nine.

Ty Hubbard topped the Eagles with 10 points. Ricky Norwood and Kevionne Cooper had four each.

At Benton, Bubba Osby tossed in 12 points to lead the Tigers seventh-grade squad. Brad Fream and Ethan Yarbrough added 10, and Toms had eight.

TJ Anderson poured in 17 points to lead the Benton eighth-graders. Cameron Robinson scored 12, and Doyle Adams chipped in with seven.

At Haughton, Michael Green and Donnie Williams combined for 22 points to lead the Rusheon seventh-graders to the victory.