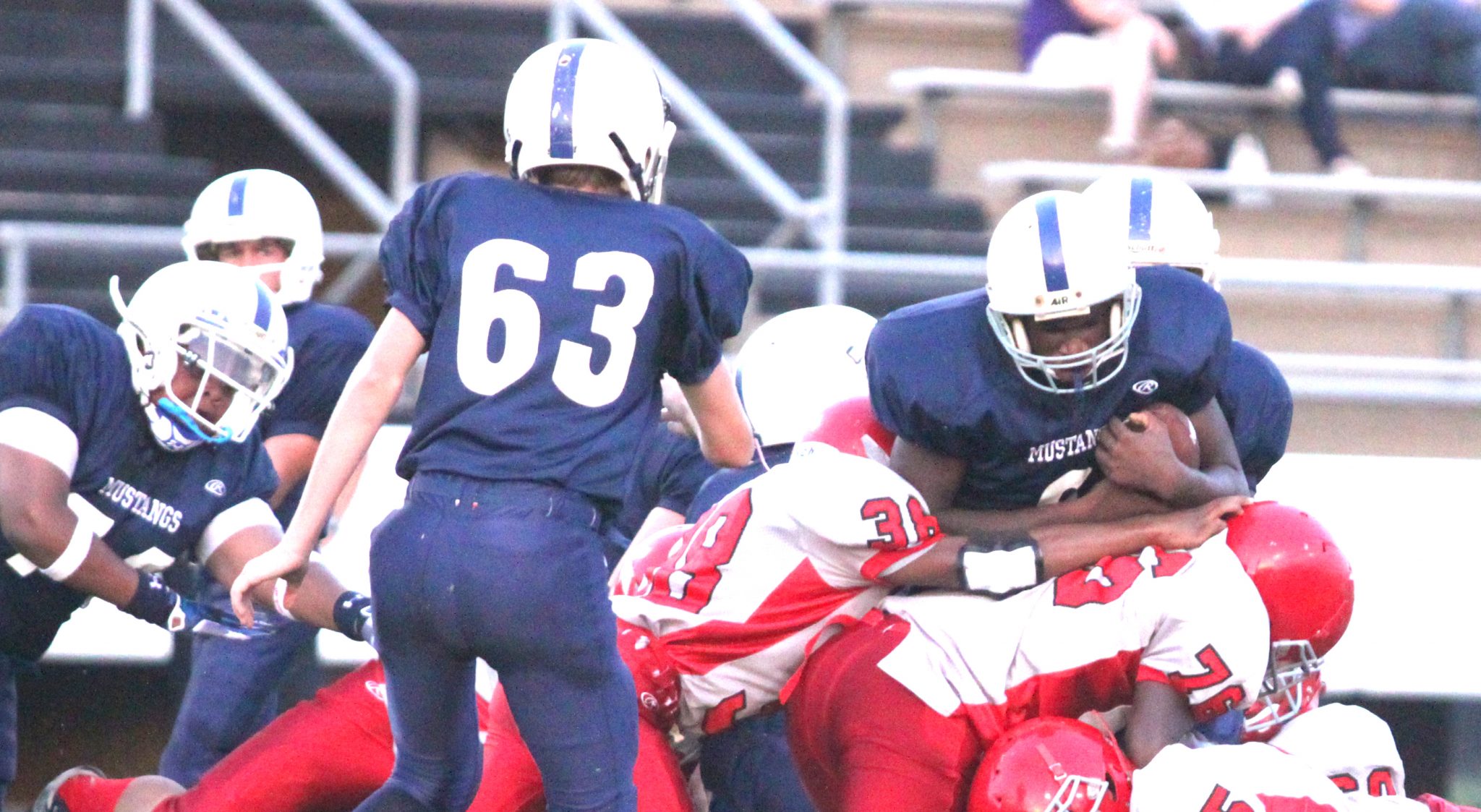 The jamboree was for eighth-grade teams only. Each “game’ consisted of two 10-minute halves.

Adrian Brooks scored both of Cope’s touchdown on runs of six and seven yards. Brooks also scored a two-point conversion after his second touchdown. Daniel Turner also had some nice runs for the Cougars.

Haughton threatened late in the game when Landon Thompson hit Cael Haun with a long pass. But the Bucs fumbled the ball away on the next play.

Quarterback Amani Larry passed for two touchdowns and ran for one in Elm Grove’s victory.

Larry hit Jeffrey Melton with a short pass in the right flat and Melton broke loose for a 50-yard TD in the first half. Larry scored the conversion to make it 8-0.

Larry hit Steven Early for a nice gain to move the Eagles inside Greenacres territory on their next drive. He then ran about 25 yards to the 3 and followed that with a touchdown pass to Anthony Papason.

Larry raced 43 yards around the right end for the Eagles’ final touchdown of the game.

Greenacres got on the board late in the game on a Caden Jones touchdown pass. Jonathan Lacour had a couple of nice catches in the game.
.
The Benton-Rusheon game was mostly a defensive struggle. The Tigers finally got something going on offense in the second half. Bubba Osby made a nice run, and Brad Fream passed about 25 yards to Tre’ Wright to the 1-yard line. Fream scored on the next play.

Rusheon’s Jacoby Decker had a long TD run called back in the first half because of an illegal shift. Montrez Henderson and Daniel Moore were among the defensive standouts for the Rams.

Benton’s Johntavious Johnson had a big hit in the Rusheon backfield.