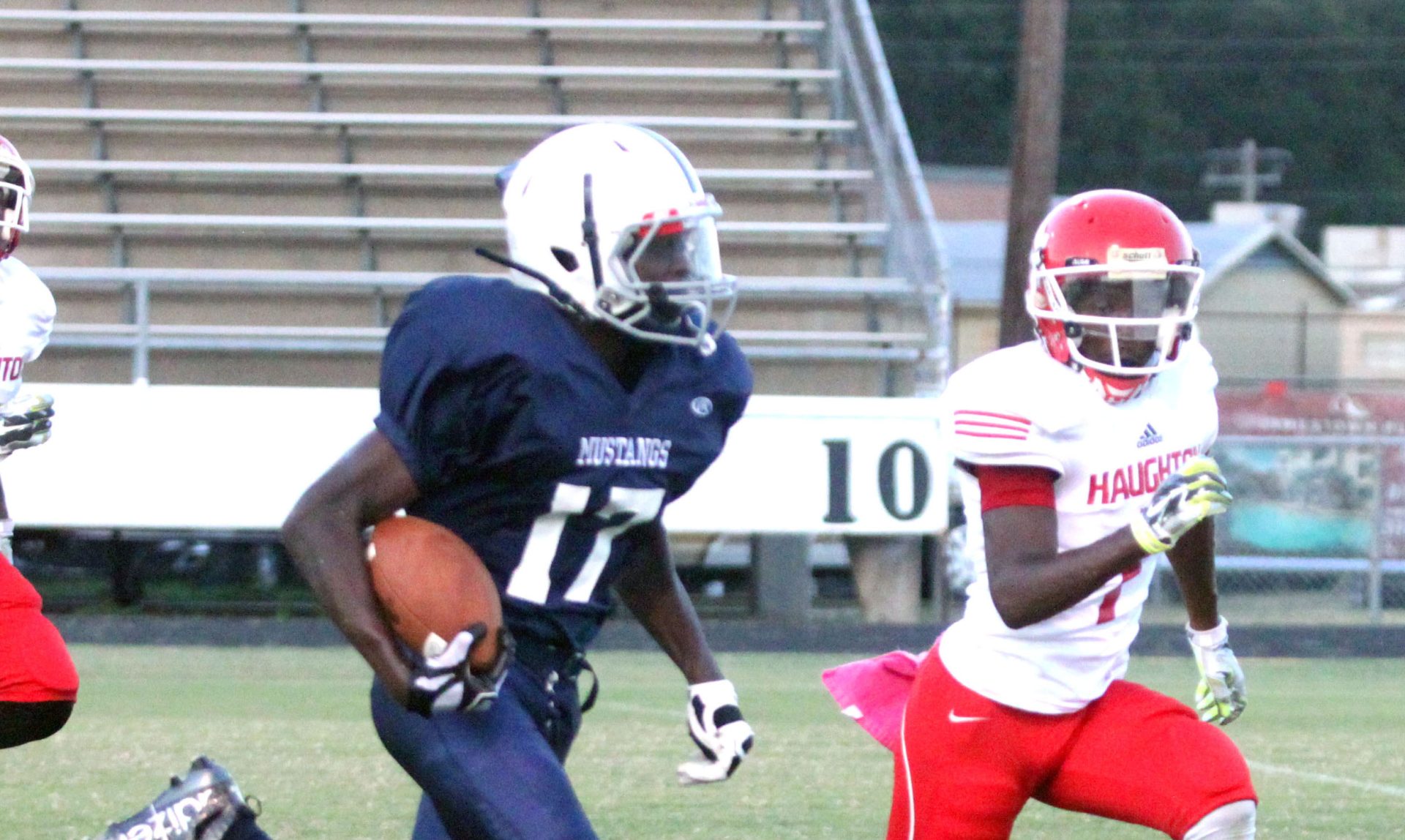 The jamboree was for eighth-grade teams only. Each “game” consisted of two 10-minute halves.

Bryan Marshall scored two touchdowns for Cope on runs of 60 and 40 yards. Thomas Williams returned an interception 35 yards for a TD. He also scored a two-point conversion.

Bryson Connell passed to Cade Scott for Benton’s touchdown. Scott made a nice grab in the front of the end zone.

There were several big plays in the Haughton-Green Oaks game.

Quarterback CJ McWiliams gave the Bucs a 6-0 lead on a 9-yard run early in the first half. Matthew Whitten had a catch on the drive and Keyshawn Davis had a nice run.

Greenacres’ Malcolm Britt tied the score on a 35-yard run. Carter Slack hit Carson Slack for the two-point conversion to give the Mustangs an 8-6 lead at the half.

Carter Slack and Carson Slack hooked up again early in the second half for a 40-yard TD. Xavier Anderson scored the conversion and Greenacres led 16-6.

McWilliams closed the scoring with a nifty 85-yard run down the sideline for a touchdown.

Zi Dooley scored Elm Grove’s first touchdown on an 8-yard sweep and then followed that with the conversion to give the Eagles an 8-0 lead.

Rusheon’s Kedrick Henderson answered with a 65-yard touchdown run around right end. Quarterback Andrick Robinson scored the conversion to give the Rams an 8-6 lead.

The Eagles regained the lead late in the second half when Peyton Lewis intercepted a pass and returned it 70 yards for a TD. The try for two failed and the Eagles led 14-8 with 1:24 left.

Henderson stepped up again for the Rams, picking up a Rusheon fumble and dashing 65 yards for the tying touchdown. Kevin Pouncy’s 5-yard run provided the winning margin.