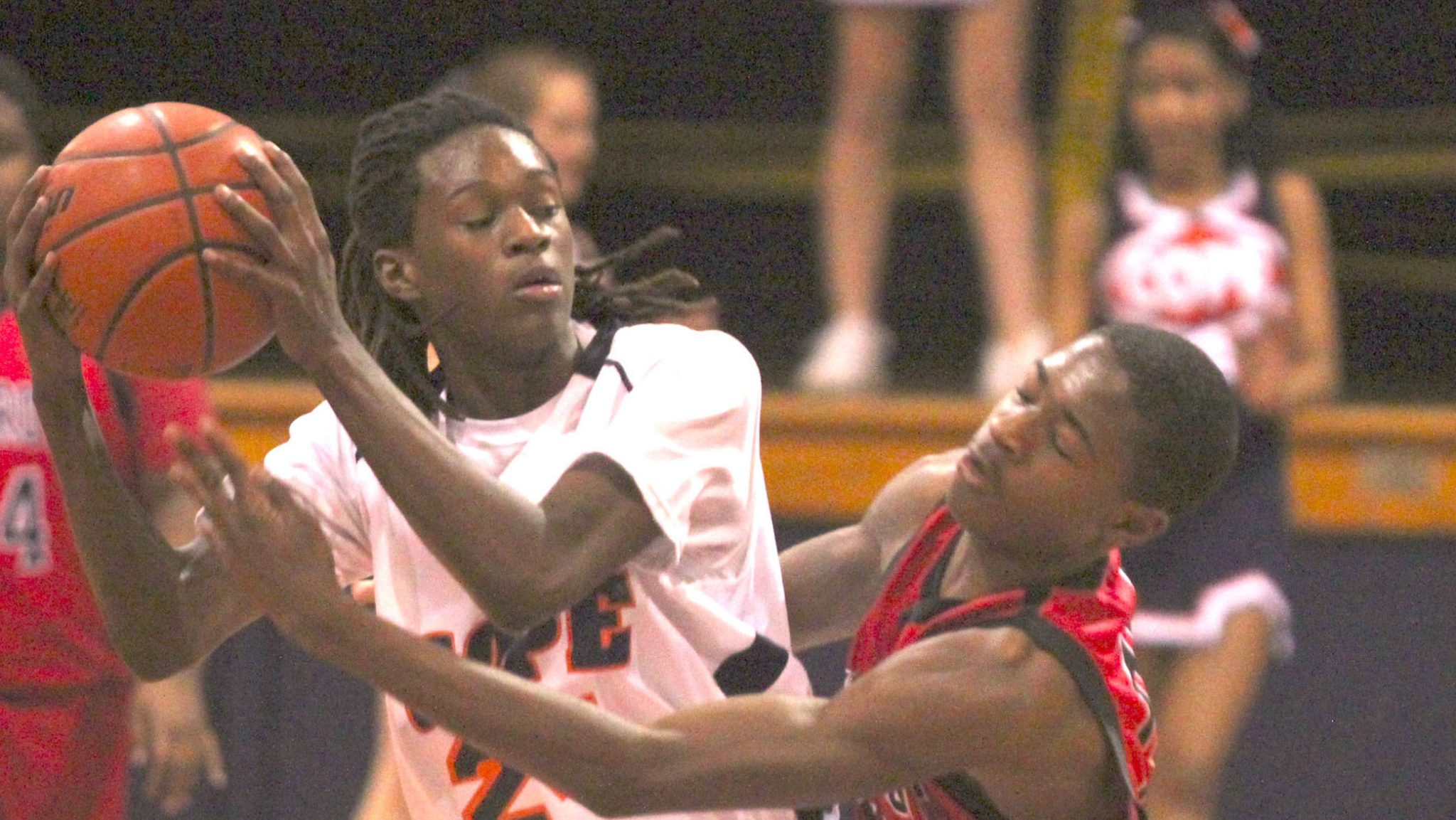 Rusheon downed Haughton 62-36 in the eighth-grade game and rolled past the Bucs in the seventh.

The Greenacres Mustangs and Benton Tigers split games. The Mustangs took the seventh-grade game 43-33 and the Tigers won the eight 34-15.

Cope, Rusheon and Benton are all 2-0 in eighth-grade district play.

Cope and Rusheon are 2-0 are tied for first in the seventh-grade district at 2-0. Greenacres and Benton are 1-1.

At Cope, Trenton Ivey and Cameron Davis scored 10 and nine points, respectively, to lead the Cougars eighth-grade team to the win.

At Rusheon, Landric Watson had a big game for the Rams eighth-grade squad with 21 points. Keshawn Jones hit double figures with 10 points. Michael Edwards had seven.

Jacoby Decker scored 14 to lead the Rusheon seventh-graders. Michael Green helped the Rams’ cause with eight.

At Greenacres, Garrett Hable popped in 10 points to lead the Benton eighth-grade team to the win. Jalen Harding and Cameron Robinson had seven points each. Doyle Adams chipped in with six.

The seventh-grade game was close through three quarters with the Mustangs leading by two. Greenacres outscored Benton 12-4 in the fourth to secure the victory.