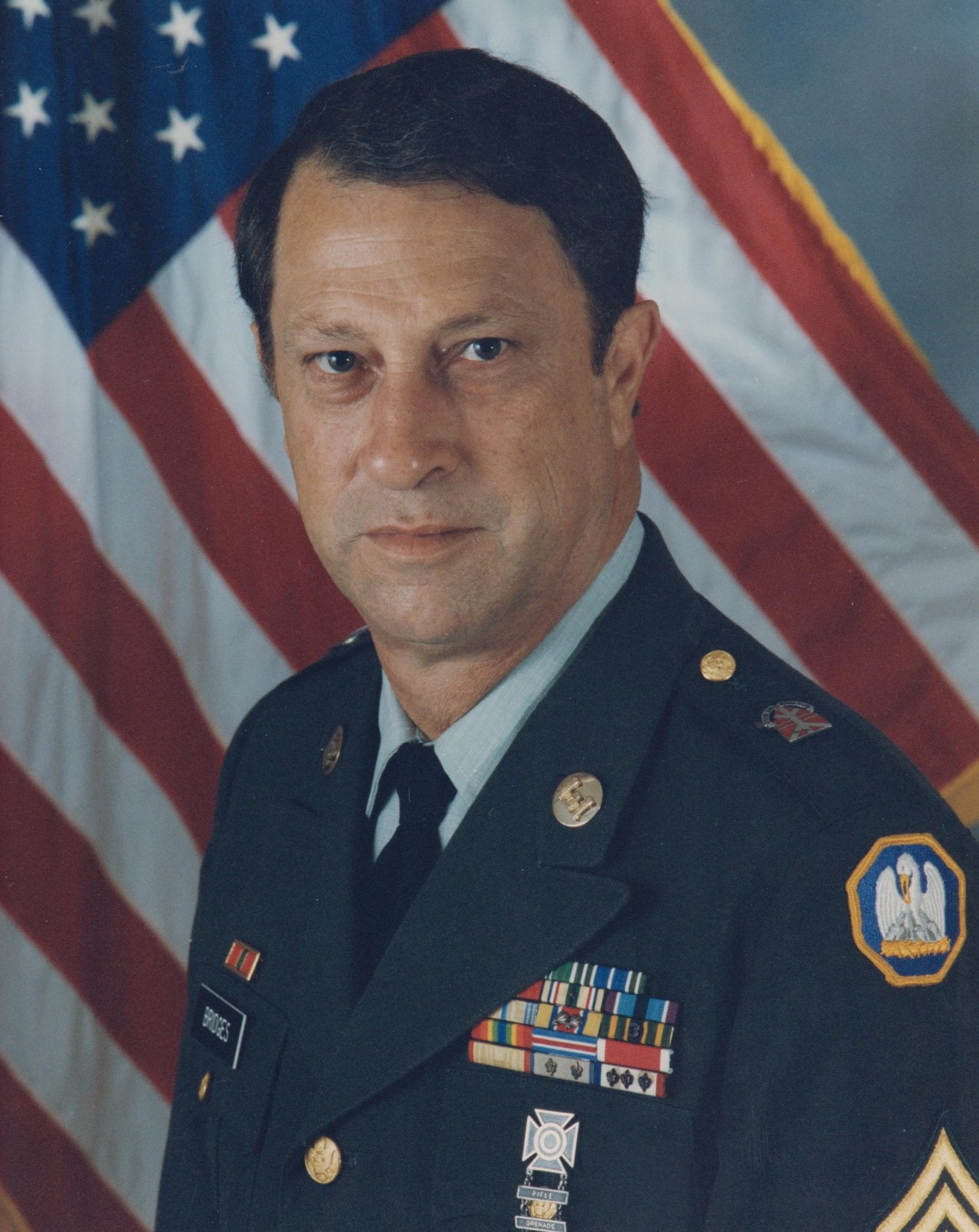 Bossier City, LA – Cortez W. Bridges has been a resident of Bossier City for over 72 years.  Mr.   Bridges retired from the Bossier City Police Department after 25 years of service in September 1996 with a rank of Major.  He also retired from the Louisiana National Guard after serving his country for 30 years.  He is a graduate of Northwestern State University with a degree in Criminal Justice.

Mr. Bridges served in numerous positions and departments with the Police Dept., including Patrol, Criminal Investigations, Commander of Narcotics Unit, Jail, Communications and Records, Training and Patrol Division. Over the course of his military career he saw many assignments, but at the time of his retirement he was the Command Sergeant Major of the 527th Eng. Bn., Ruston, LA.  Mr. Bridges was activated during Desert Storm and served in Saudi Arabia and Iraq, commanding 672 men with the 527th Eng. Bn.  He was awarded numerous commendations during his career including Army Commendation Medal, Army Service Medal, National Defense Service Medal with Bronze Star.  Army Reserve Component Achievement Medal (2nd Oak Leaf Cluster), NCO Professional Development Ribbon, LA War Cross and Minuteman Award.

Mr. Bridges is a lifetime member of the Bossier City Lions Club where he served on the Board of Directors.  He has also served as Lion Tamer, Vice-President and was 1999 Lion of the Year.  He has faithfully served the Bossier Credit Union since 2000, first as a Supervisory Committee Member and served as chairman from 2002 – 2004.  Mr. Bridges was elected to the Board of Directors in 2006 and was currently serving as a Director.

Services were held at 10:00  AM Friday October 18, 2019 at Hill Crest Memorial Chapel with Rev. Karl Klaus and Rev. David Dietzel, both of First United Methodist Church of Bossier, officiating.  Interment with Military Honors was in Hill Crest Memorial Park.

Mr. Bridges and his wife Billie (Frisky) have been married for 46 years, have four children, Ricky Bridges and wife Dana, Cortez (Corky) Bridges, Charles Bridges and wife Cynthia, Kelly Meyer and husband Clay; seven grandchildren, Kristen, Amy, Brandon, Emory, Macey, Bailey, and BoDixie; seven great grandchildren; and his sister, Jean Johnson. He is preceded in death by his parents, Robert Glenn and Dovie Methvin Bridges; and his brother, Reginald Bridges.  Mr. Bridges and family are members of the First Methodist Church in Bossier where he serves as a member of the Church Council.

You may offer condolences to the family by visiting www.hillcrestmemorialfh.com.