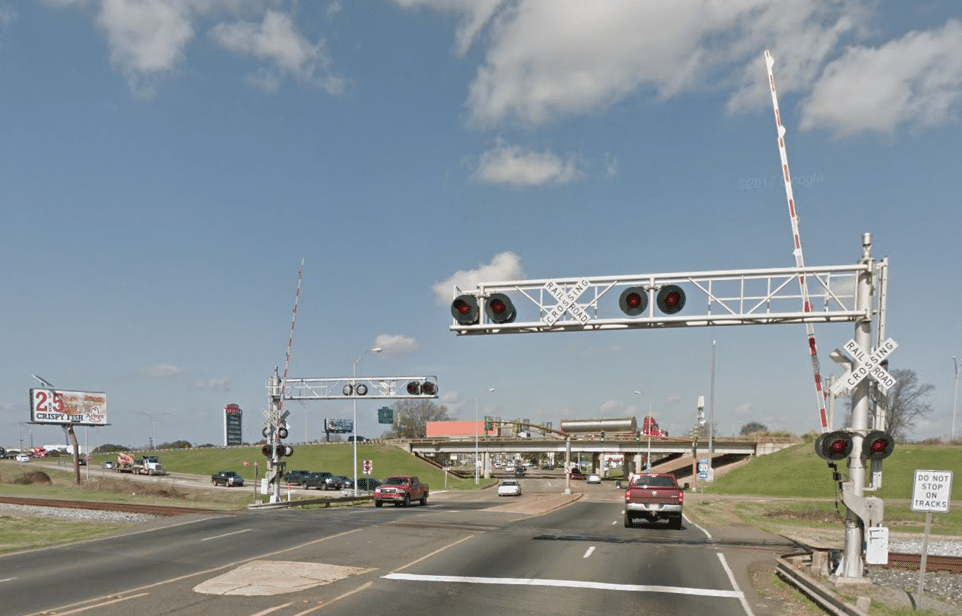 The Bossier City Council will vote next week on taking the first step towards building a railroad underpass that would alleviate traffic on Airline Drive.

The council will vote on appropriating $10,000 to contract with an engineering company for a feasibility study on creating a traffic underpass on Airline Drive.

The section is where Kansas City Southern (KCS) railroad tracks bisect the road near I-20.

“If we ever want to do this, this would be the way to get started,” said Bossier City Engineer Mark Hudson. “I’ve got no crystal ball, but if we wanted to do this it would take us 15 years.”

Councilman Don Williams asked Hudson how much it would cost, saying, “You’re looking at what? $100 million?”

“Oh no,” replied Hudson. “I had a budget that is probably five years old now and it was $18 million.”

“It would be a hoedown,” he continued. “We’d take Airline Drive out of service for about a year.”

Councilman Jeff Free asked how that would be done. Hudson said it could be done in two halves and turn Airline into a two lane road at that portion of the road.

Williams said it “could be a good project,” but added, “Look at all worry and  headaches you get on Shed Road, just Shed Road…You’re looking at ten times the headaches.”

A difference would be, according to Hudson, that no businesses would be disrupted during the course of construction.

“It’s not like were doing this project outside the front door of a restaurant,” he said.

Hudson advocated for the study, noting that KCS told the city previously there are 26 trains on that track every day.

“The average daily traffic on Airline Drive only gets more, every year,  city keeps growing, KCS trains keep chugging along.”

Mayor Lo Walker added, “When this study was done several years ago, it was determined this location was the worst in the city, but it was cost prohibitive.”

“We never really forgot about it, it’s been in our five-year plan for many years,” Hudson said. “This study will provide a minimal amount of surveying to determine what the geometry of this thing might look like. They’re going to check in with (Louisiana Department of Transportation and Development) to see what they will allow and check in with (KCS).”

He noted that the project is on a list of DOTD state projects, but that it has no money attached to it.

“If you go look at the very long list of state projects, you’ll see the Airline underpass. But it’s not funded,” Hudson said.

“You don’t think it will ever be funded,” Williams asked.