Bossier City police arrested a mother and father over the weekend after they allegedly left two of their minor children by themselves for several hours overnight in their residence with no electricity, food or running water.

Ronnie Mack Jagers, 33, and Sandra Lee Jagers, 34, of Bossier City were arrested on charges of cruelty to juveniles after officers received an anonymous complaint that children were being left alone in a house in the 4800 block of General Scott Place. 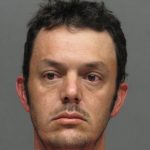 Officers located a boy and girl, ages 13 and 11 respectively, who were later identified as the Jagers’ children, alone at the house early Sunday afternoon. Police also found the house had no locks on the doors, no electricity, no food and no running water. The interior of the house was in disarray with clothing strewn about and no furniture or appliances inside. While officers were on scene, the Jagers drove by the house in their pickup truck but did not stop. Officers located the truck a few blocks away and made contact with the Jagers.

An investigation found the couple had left their two children alone at the house at around 11 o’clock the night before resulting in the children being left by themselves for more than 15 hours until the time police made contact with the children. Due to that circumstance and the fact that the Jagers left their children to fend for themselves in the house under said conditions, both were placed under arrest. 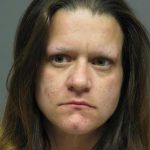 Ronnie and Sandra Jagers were booked into the Bossier City Jail. Both were later transferred to the Bossier Parish Maximum Security Facility. The two children were placed in the custody of state Child Protection Services.