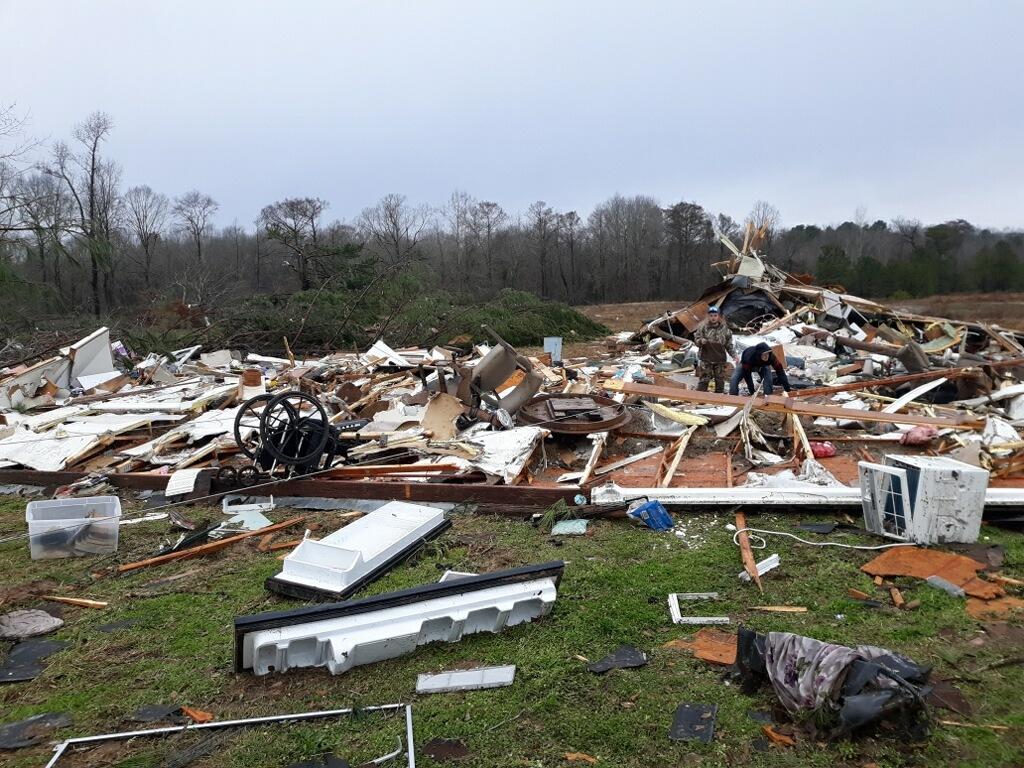 The elderly couple who died when an EF2 tornado devastated their mobile home early morning Saturday has been named by the Bossier Parish Coroner’s Office.

Jerry W. Franks, 79, and Mary Sue Franks, 65, were confirmed as the storm victims to the Bossier Sheriff’s Office Saturday afternoon. The tornado packing 135 MPH winds traveled over their residence at 438 Davis Road just before 2 a.m.

Three pets – two Chihuahuas and a German Shepherd – were initially unaccounted for following the tornado. The German Shepherd was later found alive in the rubble and taken to the vet for some wounds. One of the Chihuahuas was found dead, and family members are searching for the other one as of Saturday afternoon.