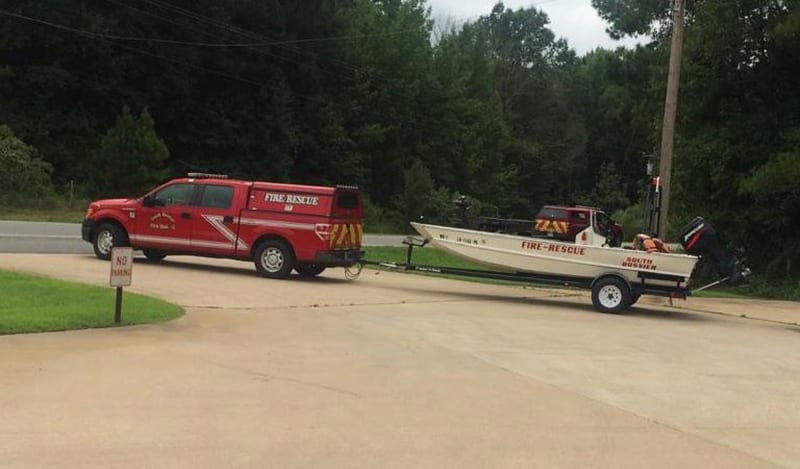 Crews from South Bossier Fire District #2 in south Bossier Parish deployed Saturday afternoon to south Louisiana to assist in the flood rescues there. Fire Chief Kenny Tyson says the crew was requested by the Louisiana State Fire Marshal to deploy to the Emergency Operation Center in Baton Rouge for their assignments.

Chief Tyson said he sent two rescue boats and a crew of five firefighters, which includes members of South Bossier Fire District #2, as well as firefighters from Bienville Fire Disticts #4 and 5 who are teaming with the south Bossier crews with their boat and personnel on the task force.

The firefighters of south Bossier are no stranger to flood rescue efforts, as they worked alongside Bossier Sheriff’s Office deputies, Louisiana National Guardsmen and Department of Wildlife and Fisheries officers in aiding in the rescue and evacuation of hundreds of stranded residents during the spring flood earlier this year in south Bossier Parish.

The attached photos show the crew departing this afternoon from their station on Highway 527 in Elm Grove. 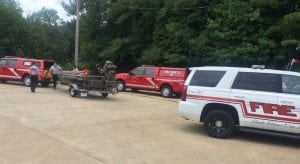 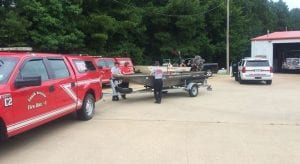 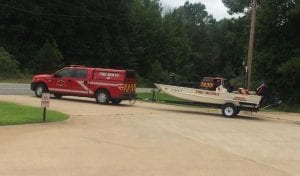