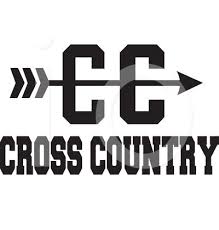 Traditionally, the biggest and most significant cross country meets during the high school regular season have been held in South Louisiana.
That’s something Parkway coach Kent Falting has always wanted to change.
The result is the first Ark-La-Tex Border Dash, which will be held Saturday at South Bossier Park. Parkway is the host team and the meet is sponsored by Dale’s Paving, Inc., owned by Chris Fink and his family.
“It’s going to be the largest regular-season meet in Shreveport-Bossier history,” Falting said.
As of late last week, 23 teams had committed to competing, including every Bossier Parish and Shreveport high school with a team. Teams from Arkansas and northeast Louisiana will also be in the mix.
“There are some pretty significant meets down south that are kind of famous in running circles, like every year you hear about the Catholic meet and the Walker Shootout, and there’s nothing like that in North Louisiana,
Falting said.
“We came up with a concept, the Ark-La-Tex Border Dash, where we could have teams from Louisiana and Arkansas compete against each. We’ve had to travel a lot to get a lot of competition. We wanted to put together a really big meet here where we don’t have to keep traveling to get that.”
Falting said Arkansas High and Genoa City, Ark., are expected to bring strong teams.
Along with varsity boys’ and girls’ divisions, there are elementary school and middle school divisions.
The meet gets started at 8:30 a.m. with the 1-mile elementary run followed by the 3-mile varsity girls at 9, the 3-mile varsity boys at 9:40, the 2-mile middle school girls at 10:20 and the 2-mile middle school boys at 10:40.
Falting said the elementary division has a $5 entry fee and is open to any student who wants to run. The student does not have to be a member of a team.
He also said the meet would not have been possible without the sponsorship of Chris Fink and Dale’s Paving, Inc.,
“Without them we really wouldn’t have done this because most cross country meets end up losing money and they came through and sponsored all of our awards,” he said.
Parkway and Benton have been the dominant cross country teams locally.
Last season, Parkway became the first school to sweep the Class 5A individual titles at the state meet in Natchitoches. Sara Funderburk won the girls’ title and Hayden Kingfisher won the boys’.
Kingfisher graduated but Funderburk is back for her senior season.
Parkway won the 2013 girls Class 5A state championship and the 2004 and 2010 boys Class 4A state championships.
Benton won back-to-back Class 4A girls titles in 2010 and 2011 and back-to-back boys titles in 2012 and 2013.