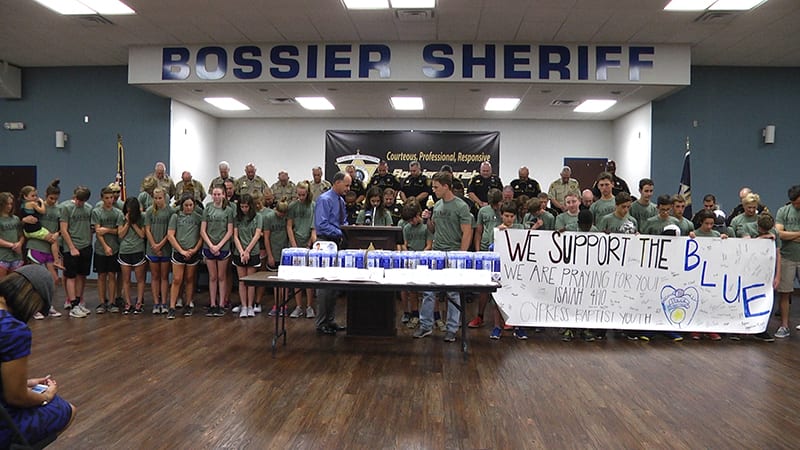 Lt. Bill Davis, Public Information Officer for the Bossier Sheriff’s Office, says: “Sheriff Whittington and the men and women serving at the Bossier Sheriff’s Office have been overwhelmed by the amount of support and encouragement from the public over the past couple of weeks. We can’t thank you enough…from the cookies and goodies, to the cards and letters and the Frogg Toggs cooling towels…the support has simply been FANTASTIC!”

Lt. Davis continued: “schools, churches, businesses, individuals, cheer squads, and all sorts of folks have been showing their support, and it’s been remarkable.
We have diligently tried to photograph or video each of the donations and presentations, and we have continually been posting those on the BSO Facebook page.”

The Bossier Sheriff’s Office makes the following request of the public:

While some folks are able to support deputies and other law enforcement officers with tangible items such as Frogg Toggs, there are a couple of things EVERY PERSON can do that doesn’t cost a penny.

First, PRAY for law enforcement officers that God would provide us safety, strength and courage as we represent The Thin Blue Line between good and evil.

Second, THANK a law enforcement officer when you see them. 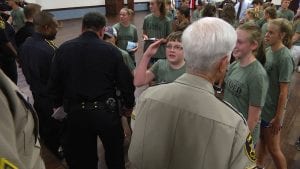 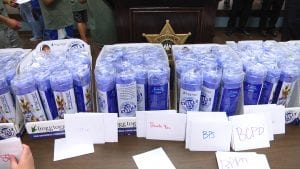 Frogs Toggs and cards of support and encouragement 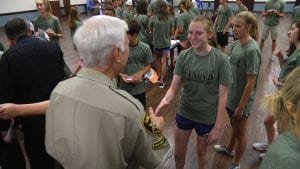 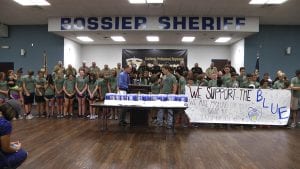