In January 2003, Schuyler Marvin was sworn in as district attorney for the 26th Judicial Court District, “a privilege afforded me by the voters of Bossier and Webster Parish,” he said. “And for the past 12 years, my staff and I have worked on behalf of Bossier and Webster Parish citizens to aggressively and effectively prosecute those who choose criminal activity as a way of life.”

The public’s safety is a constant and paramount concern to Marvin’s office. For that reason, he is seeking re-election as district attorney for another term. 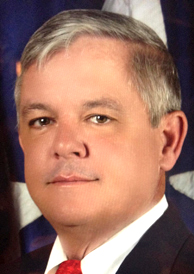 “I am as committed now as I was 12 years ago to the same level of dedication keeping our communities safe and the best places in Louisiana to live, work and raise a family,” Marvin said. “In the last 12 years, my staff and I have prosecuted thousands of criminal cases and hundreds of juvenile cases. We have tried more than 100 jury trials. My office has collected and returned to businesses and individuals more than $3.4 million in hot checks. More than $2.1 million has been distributed back to law enforcement agencies in Asset Forfeiture Funds (property taken from criminals). And we have collected and distributed to crime victims more than $1.8 million in restitution funds.”

Over the last decade, Marvin’s office has invested in technological advancements to launch a wireless video link between the Louisiana Crime Lab in Shreveport and the courtrooms in the Benton courthouse, saving both time and taxpayer dollars.

Marvin said that in addition to an outstanding staff of assistant district attorneys and administrative personnel, his office benefits from the extensive experience of former judges Cecil Campbell and Graydon Kitchens, both 26 JDC District Attorney staff members. Criminal investigators who concentrate exclusively on hot check warrants are now part of the staff, and they have added a violent crimes unit.

“Our work with juveniles includes successful diversion programs,” Marvin pointed out. “Teen court has serviced hundreds of juveniles and their families and allowed them to begin their adult lives with a clean record. More than 3,000 community members have benefited from our sponsorship of training organizations through conference seminars and workshops on issues such as domestic violence, workforce development and grant writing.”­­­­

Marvin and his wife, Jodie have three children – Sam, 17 Kate, 14 and Camille, 11. They are members of First United Methodist Church in Minden.

“My family and I are looking forward to an honest, vigorous campaign and humbly ask for your vote and support,” Marvin said. “I have been privileged to serve as district attorney for the 26th JDC, and I am humbled by the opportunity to serve citizens of Bossier and Webster parishes. I commit to a future of making our communities a safe and desirable place to live, work and raise a family.”