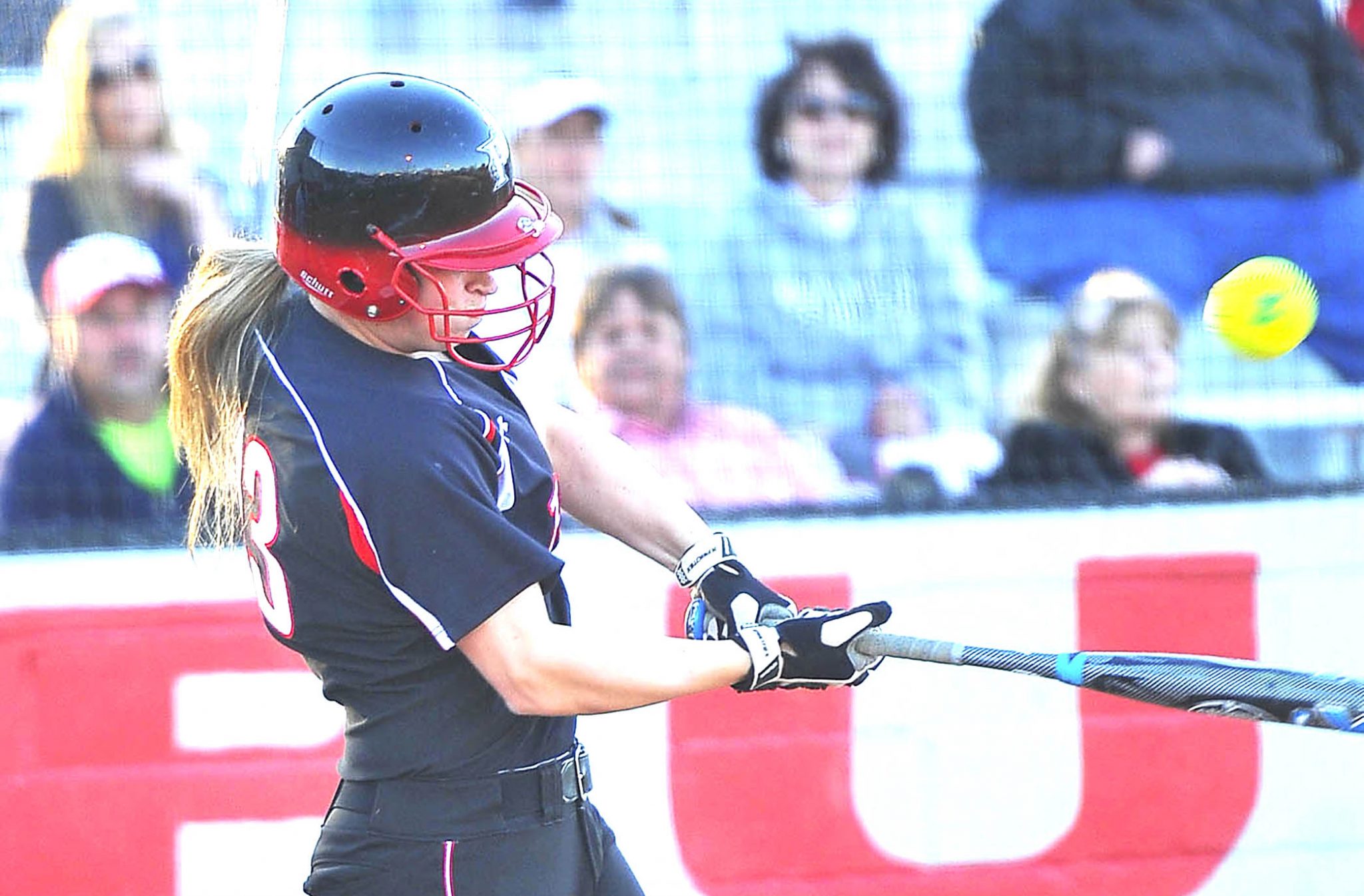 Haydn Parker may speak softly but her bat speaks volumes.

Parker was an integral part of last year’s 21-9 Parkway softball team that advanced to the quarterfinals of the LHSAA Fastpitch 56 State Tournament, batting .469 with 42 RBI.

This season, the Texas native has picked up where she left off last year with a .429 batting average entering this week. Earlier this season she hit home runs in four straight games.

“She’s a fantastic hitter,” said Parkway Coach Neil May. “She probably has the most natural swing in our area. She works really hard at swinging. That’s her strong point.”

Parker, just a sophomore, moved to Bossier Parish from Texas about two and a half years ago with parents Cody and Jammie. She has played catcher since the fourth grade, gaining particularly good experience since the seventh grade with the Texas Bombers ASA team where she faced lots of tough competition.

“They play at a very competitive level against good teams,” Parker said.” You face a lot of good pitching.”

May agrees the experience with the Texas Bombers has paid off for Parker, and that she has the opportunity to become better.

“The Texas Bombers put a lot of kids out to colleges,” May said.

Parker credits a lot of her hitting development to Staci Ramsey, the hitting coach she had in Na-cogdoches, Texas. Ramsey is now an assistant coach at the University of Massachue-setts.

Parker does a great job getting base hits but also has the ability to hit for power as witnessed by several home runs and doubles. What she hasn’t done this season, however, is hit a triple.

With some big holes to fill on this year’s team despite a bevy of returning talent, the Panthers have already lost more games this season than all of last season. May said it is important for Parker to concentrate on having a great season personally and let the season take care of itself.

Despite the team not doing as well so far as hoped, Parker figures the team is in it for the long haul of the season and wants to get back to Sulphur to pursue a state title.

“Its always a challenge to get back,” Parker said.

Getting better is what Parker strives to do.

“I like high and inside pitches that are up in the zone that I can drive,” Parker said.

Although Parker is just a sophomore, May said she is a leader by example and an even better person than a player despite being All-District.

“She’s an honest kid who’s near the top of her class,” May said. “She stays out of trouble and has a great family. We are real proud of her. She is an excellent teammate and loves the team.”