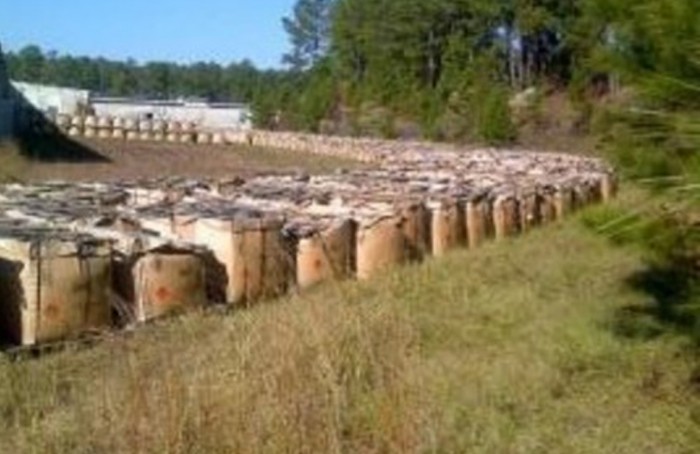 The Department of Justice has agreed to pay 100 percent of the $28.3 million it will take to dispose of nearly 16 million pounds of M6 propellant at Camp Minden.

The Louisiana Military Department can now move forward with formally awarding the contract to Explosive Services International, the Baton Rouge-based company selected to eradicate the M6 by contained burn with a pollution abatement system.

“The Department of Justice has formally approved the funding of $28.3 million for the disposal of…M6 and CBI at Camp Minden…” State Rep. Gene Reynolds said in response to the announcement Thursday. “The Louisiana Military Department will immediately move forward with the selected contractor.”

“We are very pleased to deliver on another promise to the community, and this is an important milestone to moving forward with the state’s disposal at Camp Minden,” he said. “We will continue our work to help the state ensure the disposal is protective and to keep the people living in the area informed.”

The DOJ, in a letter in response to Maj. Gen. Glenn Curtis of the Louisiana National Guard, affirmed its agreement to pay for the cleanup.

“The United States, on behalf of the United States Army, agrees to pay 100 percent of the ‘Future Removal Costs’ (as defined in the October 2014 AOC) for on-site destruction of Camp Minden materials using a contained-burn system, as proposed by the Louisiana Military Department on April 14, 2015, and approved in EPA’s letter of May 8, 2015,” Erica M. Zilioli, trial attorney for the DOJ writes in her response. “We hope that this will enable the State to move towards what all parties agree is the ultimate goal – i.e., the safe and expeditious destruction of the remaining Camp Minden materials.”

In related news, Reynolds says the House Concurrent Resolution drafted to address the Camp Minden cleanup will be heard in committee Thursday afternoon. The resolution is to stop the open tray burn method of munitions disposal across the state. Reynolds says this HCR, if passed, will keep this method from ever being used in the state again.

Reynolds concluded with this statement: “CONGRATULATIONS, North Louisiana! WE DID IT!!!”