A Bossier City man was arrested at his residence Thursday after detectives recovered stolen items from his house taken in a burglary in Shreveport about seven weeks earlier.

Detectives had obtained a search warrant for the residence of Roger A. Burgdorf, 38, of the 2800 block of Patricia Dr. in Bossier City, after Shreveport Police developed information that linked his address to a residential burglary in Shreveport New Year’s Day. 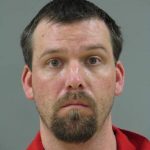