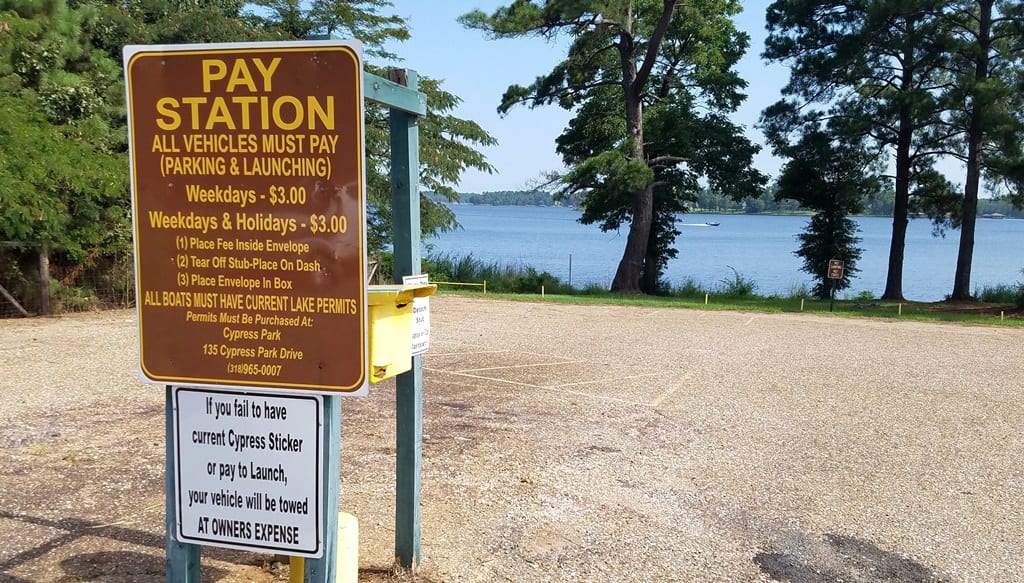 Bossier deputies are investigating the theft of money from a pay station at a boat launch on Cypress Black Bayou.

The theft occurred in the past week and may be connected with an attempted theft at another boat launch.

Park rangers told Bossier Sheriff’s Office detectives that the pay station box at Parks Road boat launch was in normal locked condition in the afternoon of Aug. 12.  Three days later on Aug. 15, the rangers noticed the pay box at that location was broken into, and there was no money inside the box.  The pay box had also been damaged during the theft.

About that same time, park rangers found a chain near the pay station at the Highway 162 boat launch that appeared to possibly be used to gain access into the pay box; however, the suspects were not successful in their break-in and were possibly spooked by others driving to the boat launch site.

All vehicles that access the boat launch areas are required to pay $3.00 for the launch fee.  Park rangers check the various sites to ensure vehicles have the appropriate pay stub, signifying they’ve paid.  In these cases that Bossier deputies are investigating, thieves thought they’d try and motor their way into some quick cash and smoothly sail away.  However, detectives are hoping someone may have seen the suspicious activity and have information about the crimes and report to Bossier Crime Stoppers at 424-4100.