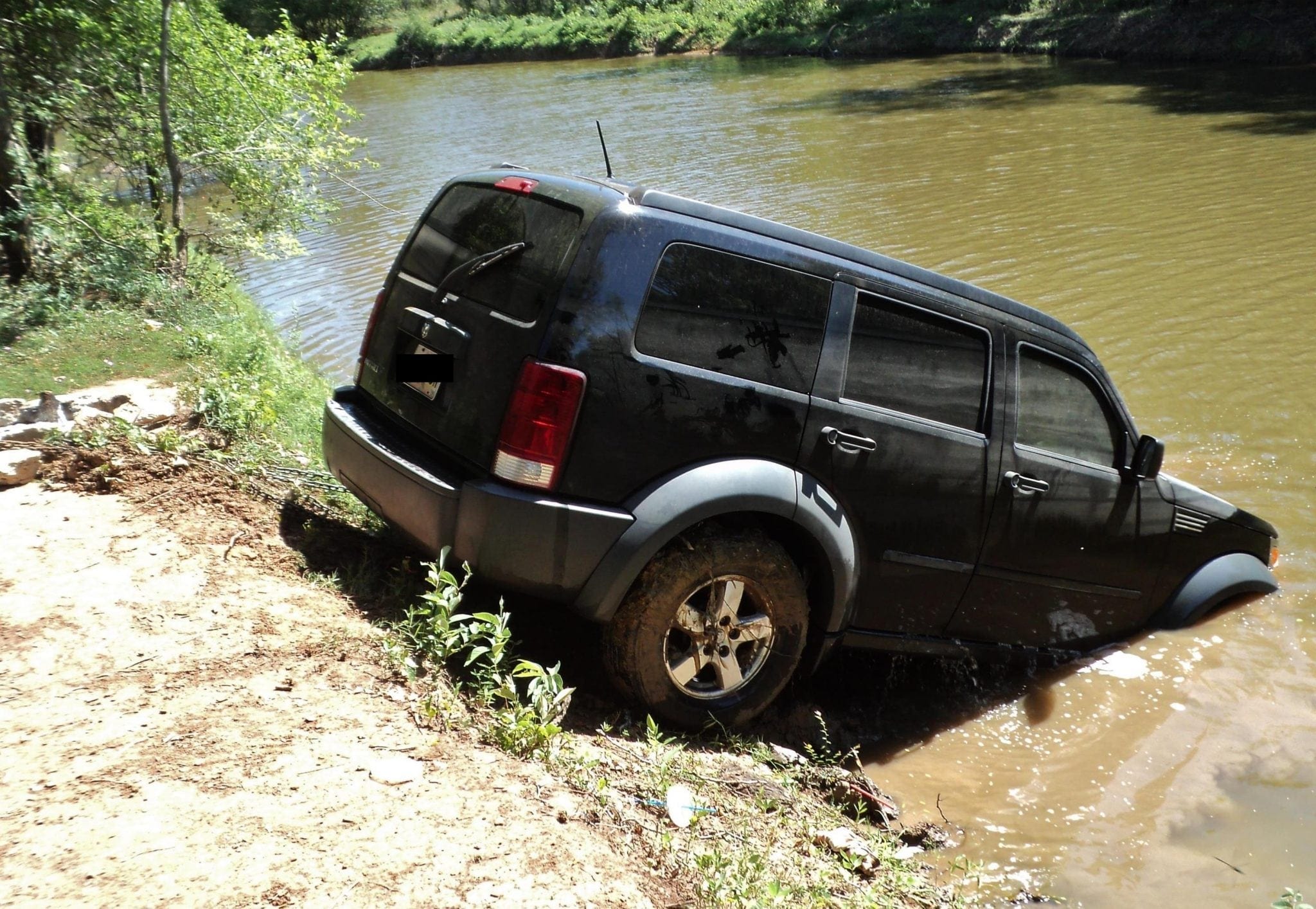 A motorist contacted the Bossier Sheriff’s Office around 9 a.m. to report seeing what appeared to be a vehicle in the water just south of the spillway.  When Bossier deputies arrived at the scene, they found the vehicle completely in the water with just a portion of the top showing through the water’s surface.  The deputies could not see any persons around, and they acted quickly to get the vehicle out of the water with the tow truck that had already been dispatched to the scene.  Deputy Jessie Bearden took off his rig belt and jumped in the murky water to hook the tow chain onto the vehicle.

When they pulled the 2007 Dodge Nitro to dry land, they found the vehicle empty.  Bossier Crime Scene Investigators further processed the vehicle for any other clues or evidence as to what happened or if anyone had possibly been in the vehicle.  They discovered the seats in the vehicle had apparently been burned. 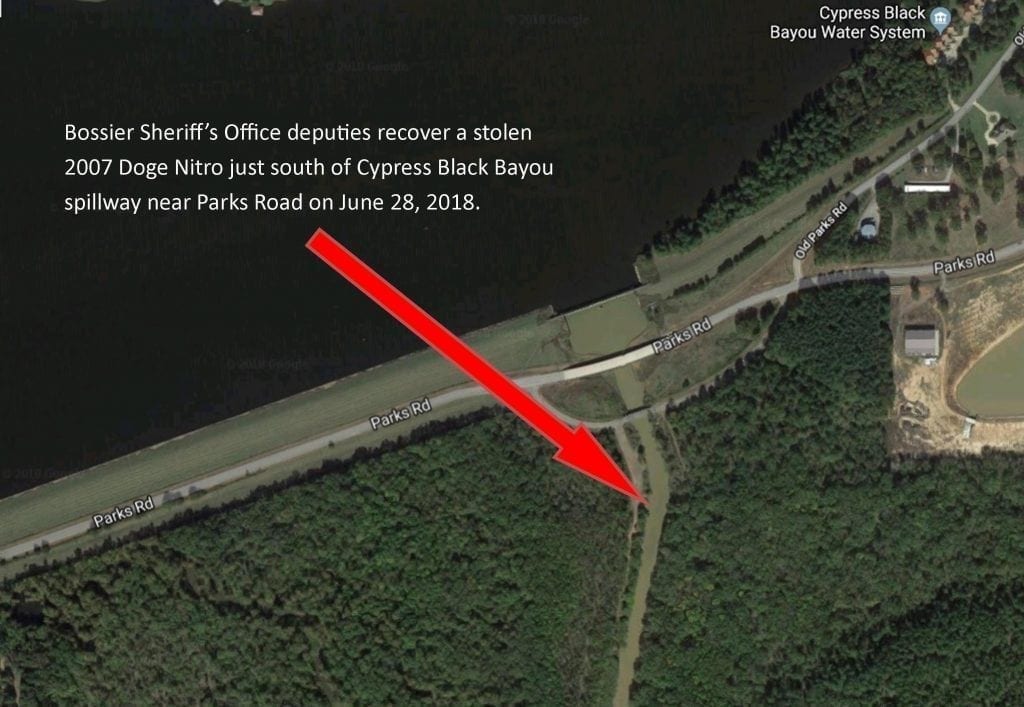 Bossier patrol deputies also contacted the registered owner, and he informed them that the last time he had seen his vehicle was at a jobsite in Shreveport on Sunday.   The deputies logged the SUV as stolen out of Shreveport.

“We are appreciative of the passerby who contacted us to tell us about the submerged vehicle,” said Bossier Sheriff Julian Whittington.  “What if that had just happened and someone was still in the vehicle in the water?  What if the vehicle sunk even further where nothing was visible?  These are some of the reasons we are grateful for observant residents.  Fortunately, no one was hurt, but we were able to recover the vehicle and contact the owner, all thanks to an attentive motorist.  We appreciate that.”