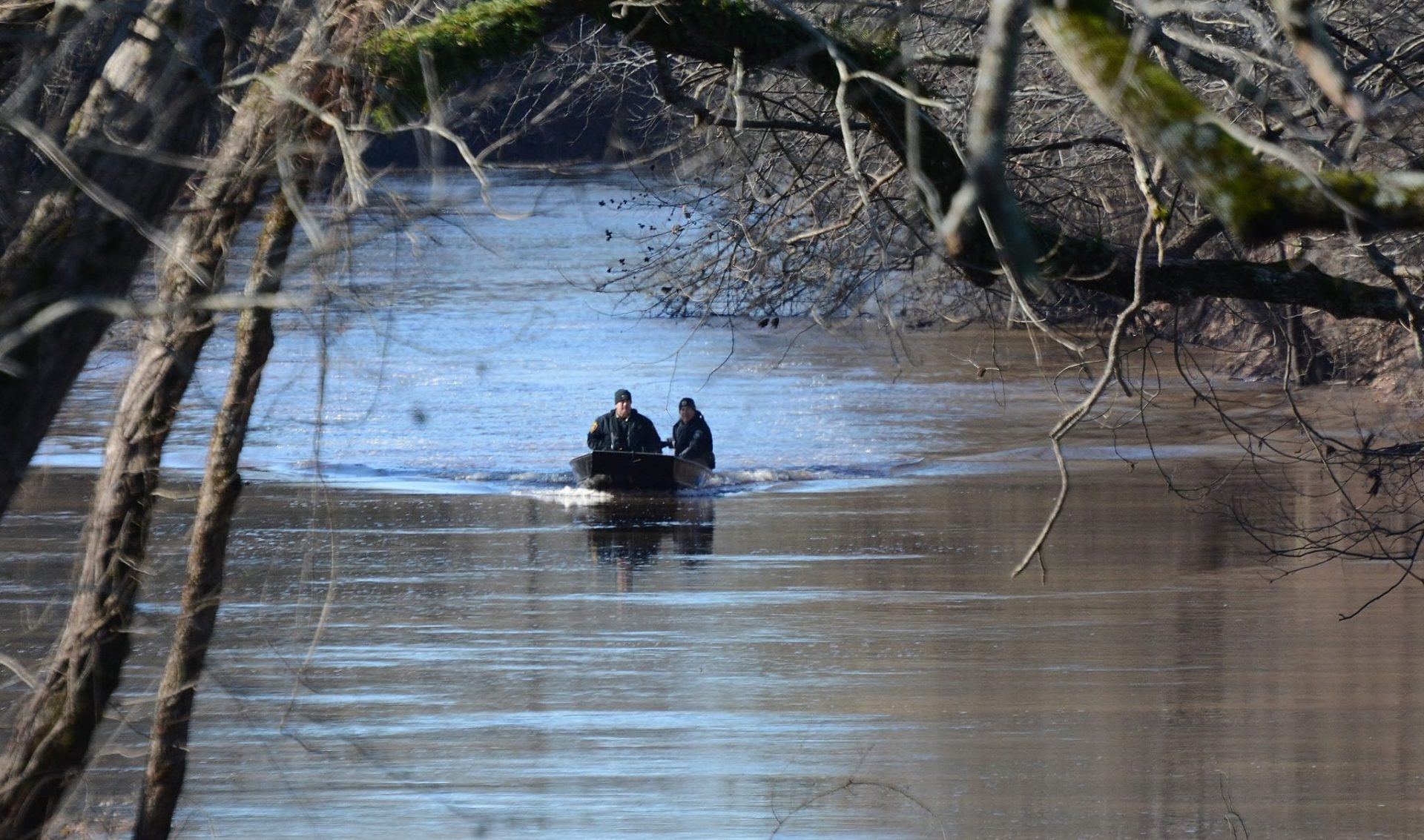 Lt. Billy Jones and Dep. Reigan Malmay launched a jon boat into Red Chute Bayou at the Sligo Road bridge and traveled south down the bayou to the Caplis-Sligo Road Bridge.  They conducted a thorough visual search of the water and the banks of the bayou.  Meanwhile, Det. Kelly Downey launched a drone over the same area to conduct a visual search from above.

Bossier Sheriff’s Office deputies are assisting Bossier City Police in their investigation of Wilson’s missing.  When Bossier Sheriff Julian Whittington found out the family would be searching in the area today, he offered assistance with the Marine Patrol boat and drone.

“One of the things that Sheriff Whittington has been able to do over the years is acquire the resources and technology that makes it much more efficient to cover a lot of ground,” said Chief Deputy Duane Huddleston, Bossier Sheriff’s Office.

Forty-eight-year-old Wilson has been missing since Jan. 29, and his family has been searching the south Bossier area off of Sligo Road after they found his phone on the side of the Flat River bridge on Sligo Road.  Some of his family members met with Sheriff’s deputies and detectives, as well as Bossier City Police detectives, at Neighbor’s Exxon on Highway 157 and Sligo Road Saturday morning to discuss the search plans.

“That’s what we are here for, to help the family, to help the (Bossier City) Police Department, and to provide resources to help them search as efficiently as we can.”

While today’s search on the water and in the sky did not produce any more evidence into the disappearance of Wilson, it did help eliminate possible ideas on where he might be.

Bossier City Police say while Wilson was reported missing from his residence on Bluebonnet Drive in Bossier City on Jan. 26, his family tells them that no one has been able to contact Wilson since Jan. 23.

Wilson is described as standing 6 feet tall and weighing about 230 pounds.