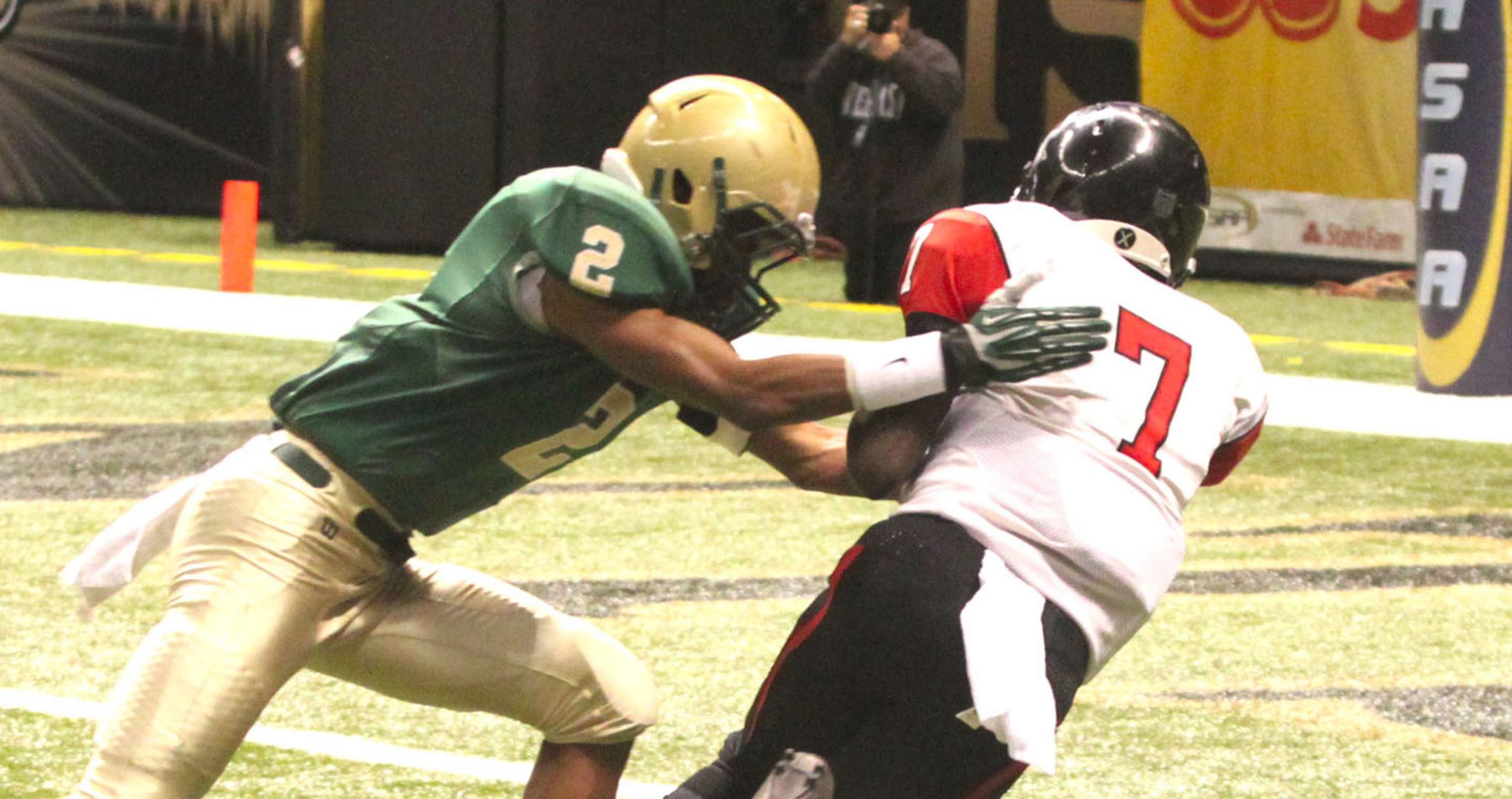 NEW ORLEANS — There is no doubt Saturday night’s 77-41 loss to the Acadiana Wreckin’ Rams in the Class 5A state championship was a huge disappointment for the Parkway Panthers.

It ended their undefeated run at 13 games. It denied them a chance to become the first Bossier Parish school since Haughton in 1977 to win a state championship.

But Parkway coach David Feaster said the loss did nothing to diminish what the Panthers’ accomplished this season.

“Weeks ago we talked about it,” Feaster said. “If you win the state championship, it’s not going to change your life that much.

“Now we can start thinking about all the things that were great this season.”

And there were many.

Parkway was the first Bossier Parish school to play for a state championship in the Superdome. The Panthers had the first undefeated regular season in school history. The 13 wins broke a school record set just last season.

“It was tremendous year,” Feaster said. “The fact that we played four playoff games on the road is a record we hope will never be broken because we hope nobody’s ever in that situation again.”

In his postgame press conference Feaster also talked about the Panthers’ 35 seniors.

One the eve of the title game, all the seniors had a chance to stand up and say a few words in front of their teammates.

Feaster called it “an epic night.”

“The seniors took it as an opportunity to say goodbye to the rest of the team. Every one of them spoke and you would be amazed at the maturity. Those guys talked — win or lose — about how much they are going to miss being around these guys.”

Parkway junior running back William McKnight, named the Panthers’ MVP in the game, said he and the other underclassmen wanted to win it for the seniors.

“When he says that he wanted to do it for the seniors, that is true,” Feaster said. “He and I are coming back next year. We’re going to try to make another run at it. But the rest of these guys that mean so much to us are going to be gone.”

One of those seniors is quarterback Brandon Harris. The LSU signee set a Class 5A single-game record with 355 passing yards.

Most of Harris’ yardage came in the second half, including a frenetic third quarter during which the Panthers cut a 49-13 deficit to 49-35.

“I thought our guys fought hard, but we had a couple of plays here and there,” Harris said. “You had a turnover. You had different issues where I didn’t protect the ball.

“I thought they had great defensive lineman. We’re not going take any credit away from them. They played great. They defended us well.”

Any LSU fan had to be encouraged by what they saw of Harris Saturday night.

The difference in the game ultimately was Acadiana’s powerful running game.

The Wreckin’ Rams rolled up a Superdome Classic record 634 yards on the ground.

“Their backs are extremely quick and strong,” Feaster said. “You look at em and you think, ‘Gosh, these guys are not that big,’ but they run very strong. They hit the hole extremely hard. And the thing that allows them to do that is their offensive line.”

The Rams dominated at the point of attack.

But Parkway made the Rams sweat with their third-quarter rally when the game seemed all but over.

It will tough to replace Harris, standout receiver Brodrick Jefferson and the rest of the seniors, but the Panthers could be strong again next season on offense.

“As far as getting to the state championship game, that’s a first for Parkway,” Harris said. “I think this is a step and I was part of that step. When I leave we’ve got talent that’s coming back and I think Parkway’s going to be very successful next year.”