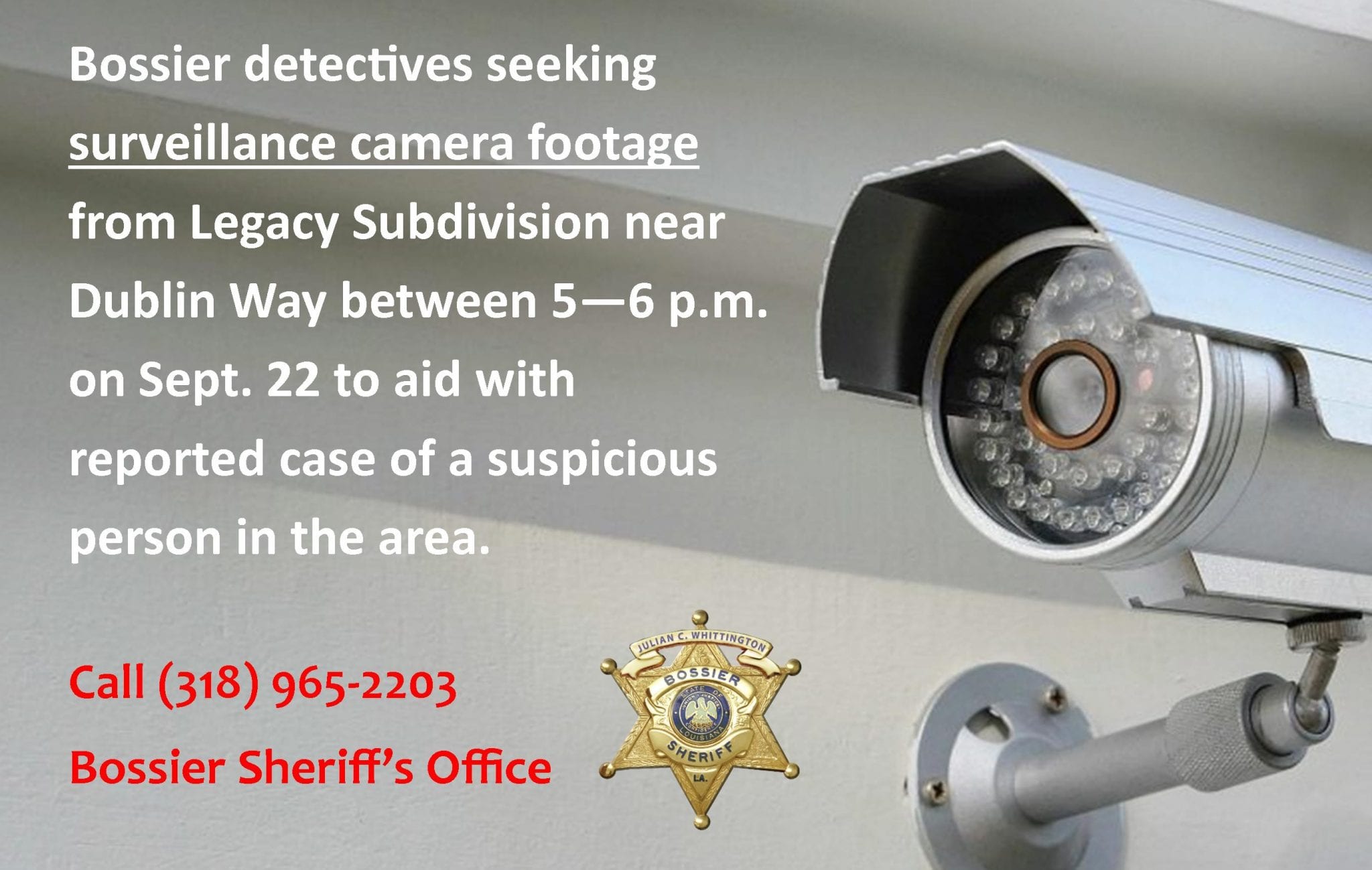 Bossier Sheriff’s Office detectives are asking the public’s help in providing surveillance video from the Legacy Subdivision that could help in a reported case of a suspicious person in the neighborhood Sunday afternoon.

Detectives are looking for any type of surveillance video from residents in the Legacy subdivision, particularly in the Dublin Way area, between 5 and 6 p.m. Sunday, Sept. 22.   A resident has reported to the Bossier Sheriff’s Office that an incident occurred on that roadway around 5:30 Sunday.  A parent who lives in the subdivision reported to Bossier detectives that her young daughter told her about a suspicious man in the neighborhood at that time.  The girl reported that a man in a vehicle stopped and asked if she remembered him, saying that her mom told him he was picking her up and to get into his vehicle.  The girl says that she didn’t know the man, and she took off running.

The girl reports to patrol deputies that the suspicious person was a white man, possibly in his 30’s, with light-brown hair and a thin beard with no mustache.   She also reported to deputies that the man may have been wearing an orange reflective vest and that he was driving a dark-colored, four-door car.

“We certainly understand how a situation like this is quite frightening to parents and children,” said Bossier Sheriff Julian Whittington.  “Our detectives are aggressively investigating this matter and conducting interviews, and the public’s help with any surveillance video from the area would be helpful.”

In the meantime, patrol deputies are providing additional extra patrols in the neighborhood.

If anyone has any surveillance video footage from the area or if possible witnesses have any additional information about the reported incident, please contact the Bossier Sheriff’s Office at (318) 965-2203.  As always, Sheriff Whittington encourages residents to report any suspicious persons or activity in your neighborhood or business.