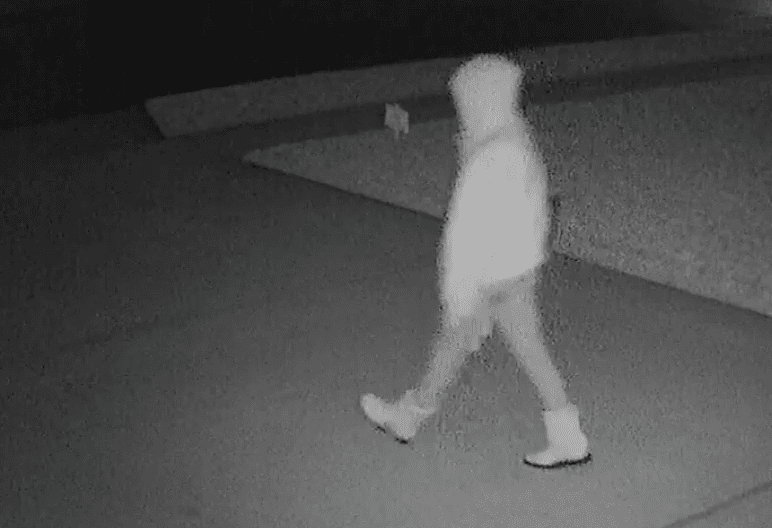 Detectives with the Bossier Sheriff’s Office are asking the public’s help in identifying a person who is seen on surveillance video trespassing onto an elderly victim’s residence in the Legacy subdivision in Bossier City.

The video shows what appears to be a female walking directly to the front of the victim’s house on the 2300 block of Tall Grass Circle in the Belle Rose neighborhood of Legacy around 11:30 p.m. on Dec. 16, 2016, pulling up a “Yard of the Month” sign and walking off.  Detectives noticed that as the thief walks away down the sidewalk, she appears to raise the yard sign in the air in some of victory pose.

Unfortunately, this is not the first time this elderly female resident has been harassed.  Over the past few months, Bossier detectives have issued citations to some of the neighbors for trespassing, who have apparently harassed, bullied and cursed this elderly resident, detectives say.

In this recent case, detectives have spoken with neighbors, and none of them, including a female neighbor who fits the description of the intruder, claims any involvement.  Detectives say some of the neighbors claim a group known as “Legacy Housewives” are involved in this latest trespass, but no suspect has been identified.

You can see the video below:

Anyone with information about the identity of this trespasser is asked to contact Bossier Crime Stoppers with your anonymous tip at (318) 424-4100.