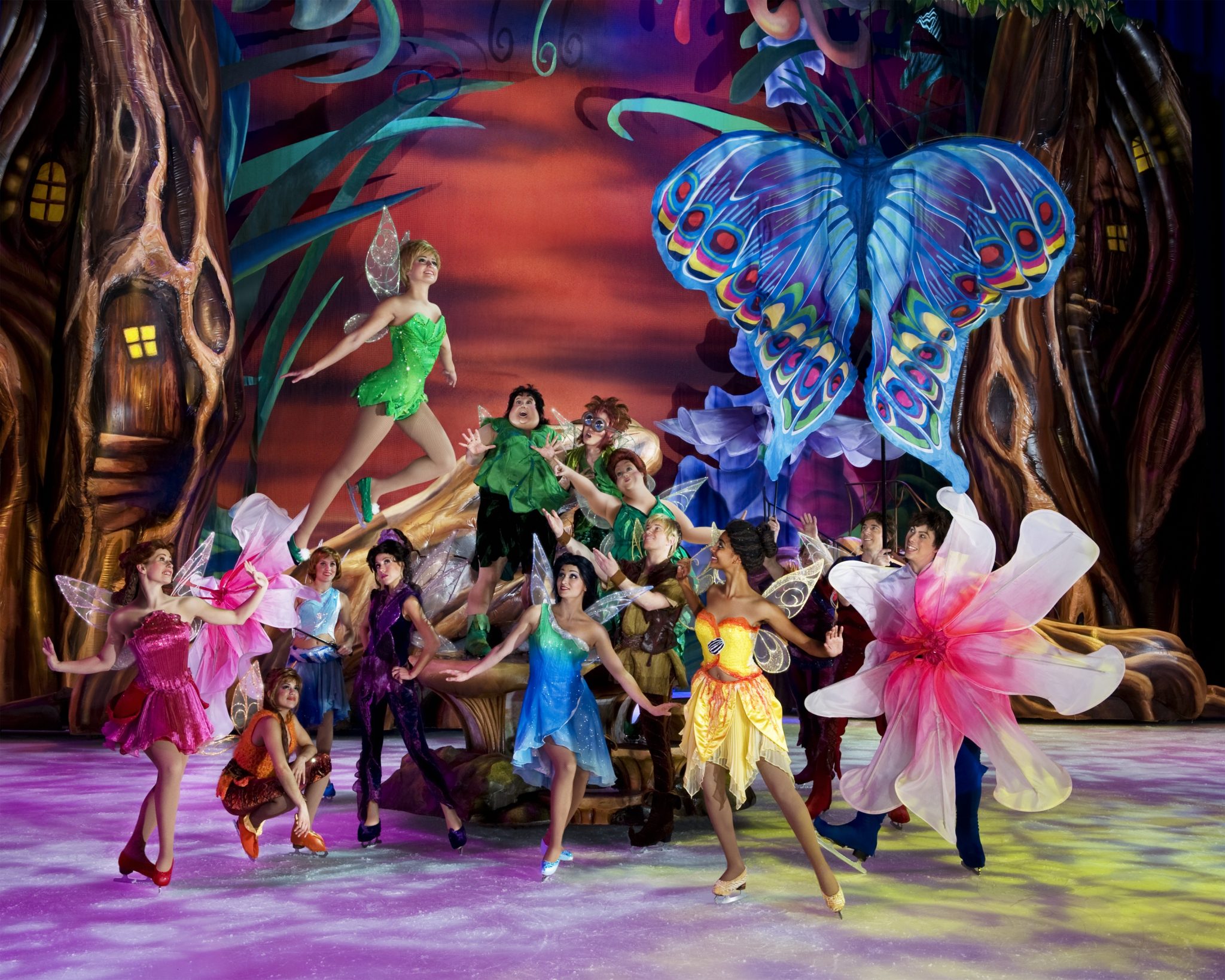 An action-packed ice spectacular is making its way to Bossier City.

Disney On Ice will present Worlds of Fantasy, a showcase of four fun-filled classic and current Disney stories, and take center stage at the CenturyLink Center Thursday, April 30, through Sunday, May 3. From wheels to waves and playtime to pixie dust, your family’s favorite Disney moments will come to life during seven performance times.

Making the trip to Bossier are characters from Disney/Pixar’s Cars, The Little Mermaid, Walt Disney Pictures Tinker Bell, and Disney●Pixar’s Toy Story 3, along with Mickey Mouse, Minnie Mouse, Donald Duck and Goofy. This one-of-a-kind production will transform the arena with each magical scene.

In a “fairy tale” segment, audiences will enter into the wondrous world of Pixie Hollow and meet the Disney Fairies from Tinker Bell. The entire ice floor will transform into springtime, as the fairies’ magical role in the mysteries of nature is revealed.

Shar-Narne Flowers portrays the role of “Iridessa,” the “light fairy” from the Tinkerbell portion of the show. Iridessa is one of the four “talent fairies” that befriend Tinkerbell during her journey of discovering her own talent. Other talent fairies are Rosetta (the garden fairy), Silvermist (the water fairy), and Fawn (the animal fairy).

Flowers, who began skating at the age of eight, is on her first tour with Disney on Ice. She said the experience has been nothing but magical.

“I’ve been really lucky and extremely blessed part of this,” Flowers said. “There’s nothing like being in front of an audience. But when the kids see their favorite character come to life, they will scream your character’s name and they know who I am. It’s like I really am the character. It’s very exciting.”

Along with fairies, the first act includes life-size Disney/Pixar’s Cars characters – Lightning McQueen, Tow Mater and the crew – as they take their high-octane personalities to the ice. Featuring state-of-the-art, custom animatronics, their eyes and mouths move with every twist and turn on the frozen highway.

Then, audiences will dive into The Little Mermaid’s enchanting undersea kingdom.

In the second act, the audience will visit Andy’s bedroom and Sunnyside Daycare for some fun with the stars of Disney●Pixar’s Toy Story 3. Woody, Jessie, Buzz Lightyear and the rest of the familiar gang hit the ice for the ultimate Toy Story experience when they have to escape from the rambunctious tots of Sunnyside Daycare and race for home.

With so many favorite characters packed into one show, Flowers said there’s something for boys and girls of all ages to enjoy.

“It’s such a family friendly show. You get to see some of your favorite Disney characters come to life,” she said.

For more information or to purchase tickets, visit www.disneyonice.com.