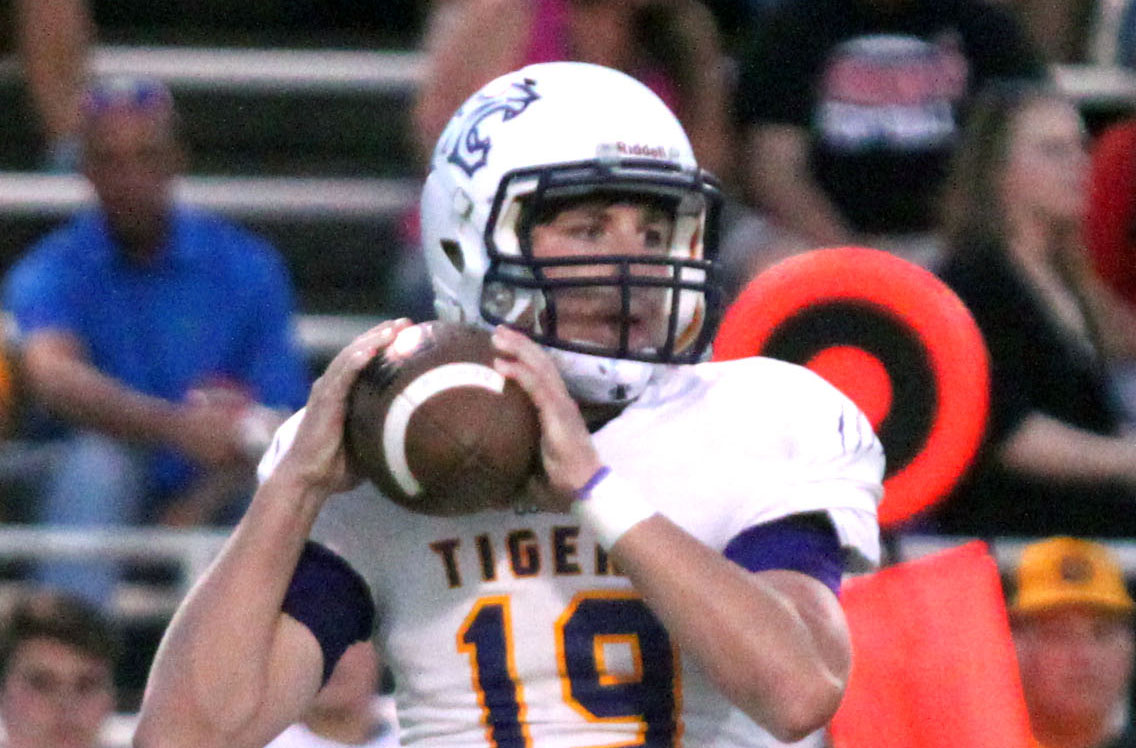 TITLE COULD BE UP FOR GRABS AGAIN Last year Minden, Benton and North DeSoto shared the title. Minden and North DeSoto have a lot of returning talent. Griffins RB Delmonte Hall was one of the area’s top rushers and scorers last season. Benton lost some very good players, especially on defense, but the Tigers have some key players back, including sophomore QB Garrett Hable (above), and are riding a wave of momentum after last year’s 10-win season. Fair Park has been in the thick of things since former Airline coach Mike Greene took over as head coach in 2011. Northwood, which features top receiver Marquez Stevenson, looks to rebound from a disappointing season.

One of the main things veteran North DeSoto coach Scott Abernathy likes about competing in District 1-4A is going against coaches he admires and respects.
He likes that there are veteran coaches like himself, Northwood’s Jim Gatlin and Fair Park’s Mike Greene, some others that have some experience but haven’t been at it quite as long like Benton’s Reynolds Moore and Minden’s Spencer Heard and a young coach who’s really just getting started in Woodlawn’s Jerwin Wilson.
“They do a great job week in and week out,” Abernathy said. “It’s just a great group of guys who work really hard and have a really good rapport with one another yet we’re very, very competitive. We all want to win but at the end of the day we respect and understand that they all work pretty hard.”
Abernathy also includes Bossier’s Michael Concilio, new to the district, in that group. Abernathy and Concilio faced off in some big games when their teams were both in District 1-3A.

Can bossier parish teams compete for the district title?

Benton has no returning first-team All-District players and two second-team selections. But the Tigers return QB Garrett Hable and some other players who contributed some last season and are ready to have breakout years.
Here’s how Benton’s Moore sizes things up.
“I know that both Minden and North Desoto return a slew of starters and I look for them to set the pace for the district. Drawing a schedule that put us playing those two in back-to-back weeks was not the best in my opinion. I know several other teams (Woodlawn, Fair Park) lost some good players like we did, but I know they will be ready to play. Huntington came on strong at the end of last season and I think they are ready to make some noise. And although Bossier may not scare a lot of people, I played them when I was at Bolton and I know how good they can be when they get things going. For the second straight season, I really don’t see an easy win in the district.”

RETURNING ALL-DISTRICT PLAYERS
(Based on underclassmen on 2014 coaches’ team)