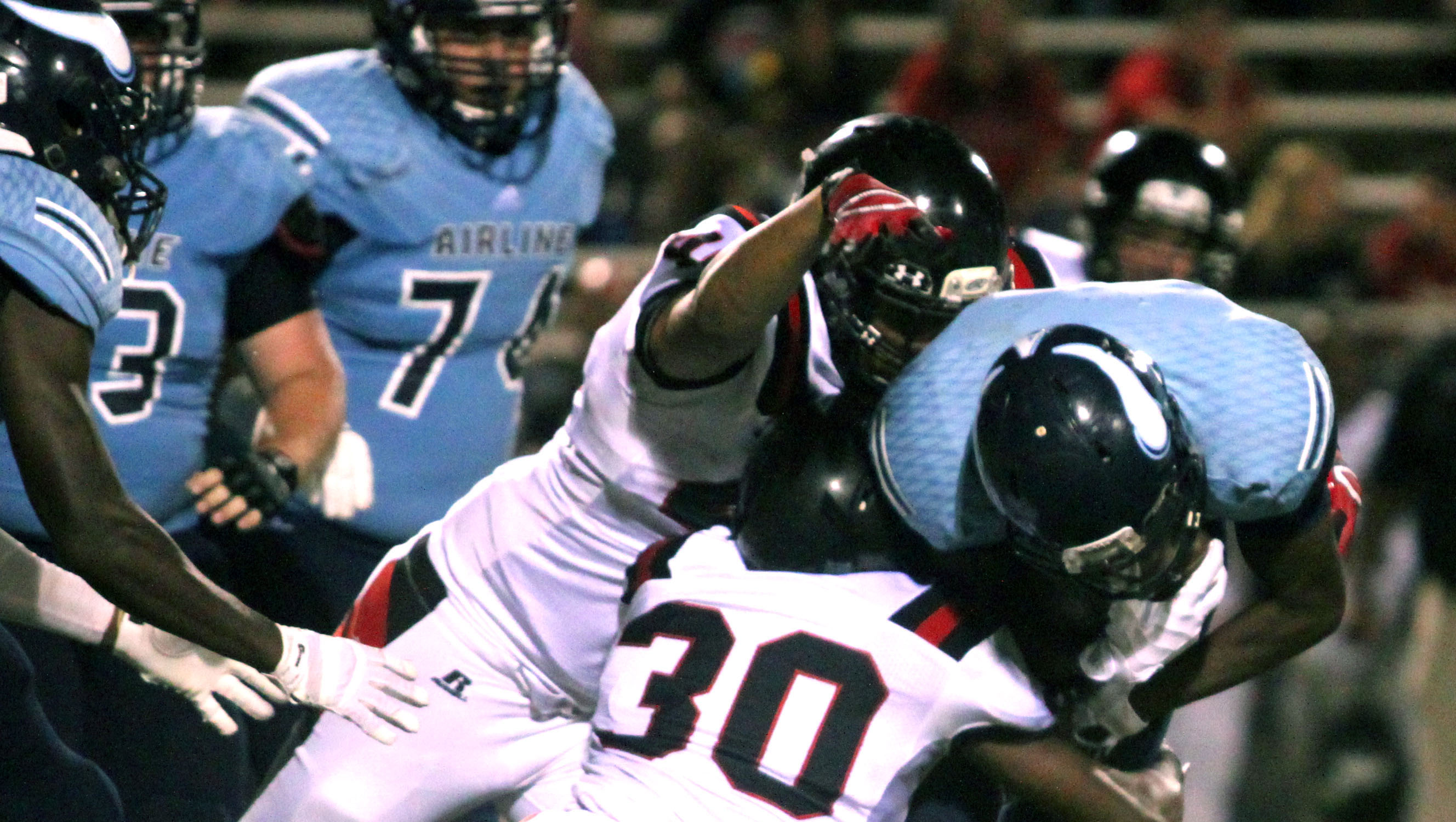 RACE COULD BE WIDE OPEN: District 1-5A boasts not one but two district champions from 2014. Byrd is the defending champion. The Jackets defeated Parkway 24-17 in OT in a game that ultimately decided the title. Perennial state power Evangel, which dominated District 1-3A, has moved into the district and has one of the state’s best quarterbacks in Connor Curry. Byrd was hit hard by graduation but the Jackets should be talented again. Airline has a wealth of experience and could challenge for the title. Like Byrd, Parkway lost some talented players, but the Panthers return All-Parish Offensive MVP Keondre Wudtee (above) at QB. Haughton’s speed and defense makes it a contender.

ERENnIAL STATE POWER EVANGEL JOINS DISTRICT
The addition of perennial state power Evangel Christian Academy makes a strong district even stronger.
Evangel has won 13 state championships. Last year, the Eagles went 8-4 and lost to another private school power, John Curtis, 13-7 in the Division I quarterfinals.
The Eagles have one of the state’s top quarterbacks in Connor Curry, who is entering his third season a starter. According to the recruiting website 247sports, Curry has received offers from Clemson and Southern Miss and interest from several others.
Running backs Jarmarquez Mims and Corey Henderson also return.
Evangel last played in Class 5A in 2005 before the LHSAA ruled that teams could not play above their enrollment classification. The LHSAA reversed that ruling last year.

WILL BOSSIER PARISH TEAMS CONTEND FOR THE TITLE?
The Airline Vikings, Parkway Panthers and Haughton Buccaneers all have teams with the potential to compete for the title.
Airline has as much or more experience as any team in the district. Coach Bo Meeks expects his team to be in the thick of things but knows it won’t be easy.
“Over the past five years our district has become one of the toughest in the state,” he said. “You know every week will be a challenge and you better be prepared to play your best. There is a playoff-type atmosphere each week when you step on the field. We are looking forward to the challenge and excited about the opportunity to win a district.”
Haughton coach Rodney Guin also expects a challenge.
“Our key is to try to play well enough to try and win the district and get in the playoffs,” he said. “The playoffs aren’t going to be any harder than what we play in our district, so the key for us is going to get in there and I think we can compete once we get in there.”
Parkway coach David Feaster expects his team to contend despite having to replace most of his “skill” position players. He believes the district’s strength will benefit the top teams’ power ratings because 1-5A should be successful in non-district play.